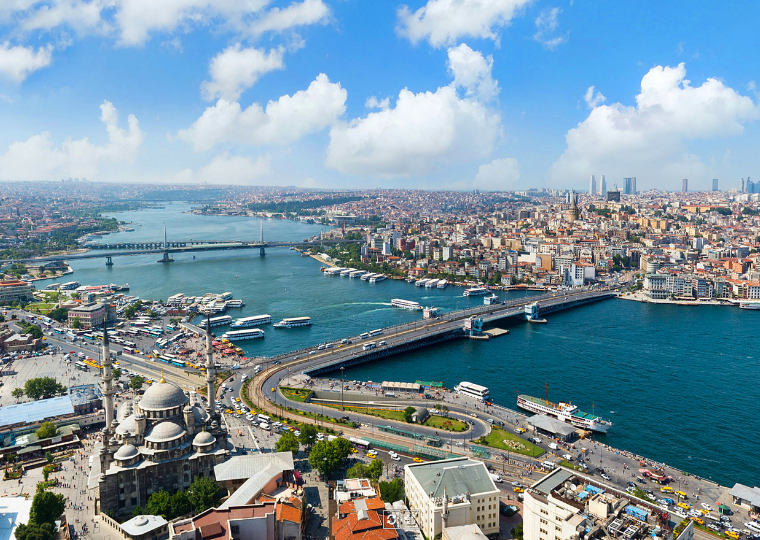 Istanbul: the city with the highest rate of price growth in the year to Q1 2022.

City house prices are rising on average by 11.5% per annum, the fastest rate recorded since Q4 2003 according to Knight Frank’s Global Residential Cities Index Q1 2022.

The index tracks the movement in mainstream house prices across 150 global cites of which 94% saw prices increase over the last twelve months, up from 85% a year ago.

City house prices are outpacing their national markets which registered growth of 10.3% over the same period. While the ‘race for space’ story took hold during the pandemic, the dynamism of cities is reasserting itself.

But the market cycle is shifting as large parts of the world move into the post-pandemic landscape. Inflationary pressures are surging, and the cost of debt is increasing as interest rates track higher. Set against this backdrop of heightened uncertainty, rising taxes, and more property market regulations (e.g., a ban on foreign buyers in Canada), Knight Frank anticipates the rate of price growth to slow in most markets however, a sudden shift to negative price growth is unlikely for most cities in 2022.

Along with key fundamentals such as economic growth, supply levels and employment, the speed, and scale by which interest rates rise will determine the extent of the slowdown in price growth over the coming year.

Inflation of 69% explains the dominance of Turkish cities at the top of the index but the key headline is the performance of cities in North America, 12 of the top 20 rankings are occupied by the US and Canadian cities this quarter with Halifax (34.7%) out in front.

Hot on their heels are Australian cities which average 18.3% annual growth, with Brisbane (28.4%) the frontrunner.

Meanwhile, for economies who’s monetary tightening cycle lags that of New Zealand, Auckland’s path may be one to watch. Price growth in Auckland sits at 5.1% down from 22.7% a year ago. The country’s five interest rate rises since October 2021 has influenced buyer sentiment with residential sales falling 40% from 4 013 in Q1 2021 to 2 403 in Q1 2022.