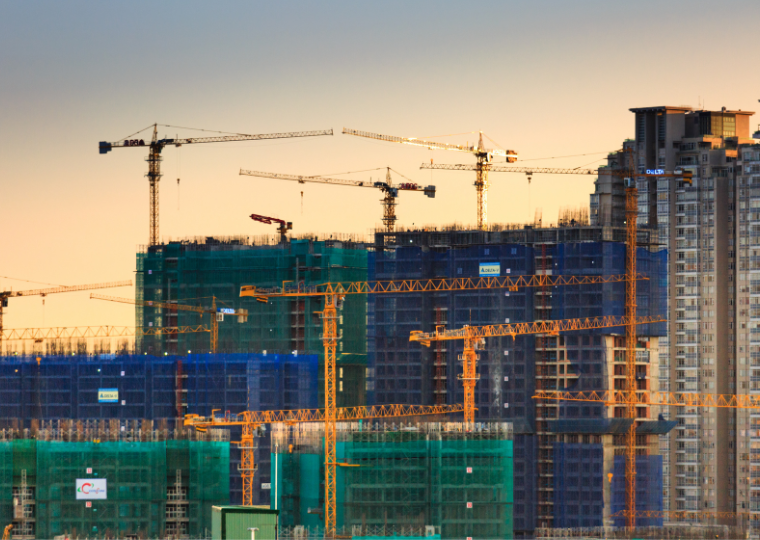 A number of significant touch points within the property industry have emerged from the recent annual conference of the Western Cape Property Development Forum (WCPDF), held on the 26th and 27th of May at the Cape Town International Convention Centre.

With record numbers of private and public sector delegates attending, the event saw the WCPDF bring the full spectrum of the property development and construction industry back together in a room post-pandemic. As a result, under the conference theme of ‘From surviving to thriving in the built environment’, several key strands for both the industry and investment in the Western Cape have been clearly identified for the year ahead:

While Cape Town will remain the economic powerhouse of the Western Cape for the foreseeable future, the potential for investment in areas outside the Mother City is growing fast. In a session led by Premier Alan Winde, the Executive Mayors of Drakenstein, Overstrand, George, Saldanha Bay and Stellenbosch pitched strong investment messages, with each municipality now competing to make its own region as easy as possible in which to do business, and understand the challenges that faced the private sector in decision making.

“These municipalities are taking on the policy and procedure blockages that have plagued the industry for many years and working hard to find solutions. Hearing, in particular, of each municipality’s commitment towards proactive investment in infrastructure has been very well received by our industry“, commented Deon van Zyl, Chairperson of the WCPDF.

Micro-developers will play a significant role in solving affordable housing

One of the highlights of the event was the acknowledgement of the role that entrepreneurial micro-developers are now playing to solve the affordable housing crisis, and the innovative ways in which they are financing their developments, due to the still-evident lack of recognition from traditional banks.

“This, even though the sector is now among the highest yielding in terms of returns”, noted Van Zyl.  He however commended organisations such as financial institution TUHF and developers Concor, both of whom were now successfully venturing into the affordable housing market.

Elaborating further, he noted that TUHF had spotted the opportunity to finance underutilized buildings in inner cities, thus also laying a future path for current micro-developers to follow as their businesses grew, while Concor had partnered with the Western Cape Government to develop Conradie Park development in Cape Town.

“Both of these have set examples to be taken very seriously by the broader community of financial institutions when it comes to funding projects in the truly affordable market. Micro-developers themselves are also seeking legitimacy and compliance with the public sector, and this must be nurtured and encouraged“.

He therefore also commended the work being undertaken by the Development Action Group (DAG), which had just released a study in partnership by the HSRC to recommend government incentives for micro-developers.

“This has to date been seen as an informal sector which is now moving towards formality. It is looking to the formal sector for advice and guidance and, as the WCPDF, we will now drive a commitment from larger-scale developers to act as mentors to upcoming developers”.

While the conference praised the work of those in the public and private sector stepping to the fore to tackle red tape, there was clearly still much to do to create an investment-friendly region – and country as a whole.

“It often begins and ends, at government level, with procurement. Our concern is that this is a tipping-point crisis which the person in the street has not yet grasped, and we struggle as an industry with getting this message across and raising the awareness and pressure to have it resolved across all tiers of government”, said Van Zyl.

Referring to the coverage that the R17 billion SANRAL debacle had recently received in the media, Van Zyl noted that the challenges around tender cancellations, delays and fraud had been ongoing for years.

The issue had been raised again by Dr Miriam Altman, a private consultant currently leading the development of the National Infrastructure Plan (NIP) for 2050. In a presentation during the conference on the infrastructure procurement reforms needed, she noted that while both the National Development Plan and NIP2050 acknowledged the problem, no solutions had yet been tabled.

“Procurement is a crisis that has already caused major injury to the construction sector, not to mention every person living in South Africa and it is the reason why so much of our infrastructure is falling apart, or why public housing projects such as those in District Six in Cape Town never see the light of day”, said Van Zyl.

One of the strongest messages delivered at the conference, was the need for industry – and civil society in general – to “no longer wait for permission”.

Van Zyl elaborated: “Civil society has an obligation to engage constructively with decision makers. But if no action is forthcoming, then civil society also has an obligation to call those responsible to account. We need to become a demanding society that holds leadership to account. And, likewise as an industry, we can no longer afford anonymity; we must make ourselves heard“.

To this end, Van Zyl praised both keynote speaker, Dr Imtiaz Sooliman (Founder, Gift of the Givers) as well as presenter Wayne Duvenage, the CEO of Organisation Undoing Tax Abuse (OUTA), both of whom had outlined how their organisations had successfully rallied and mobilised around civic challenges, and against government regulations.

It was equally important for civil society to hold individual politicians accountable against their mandates, a point raised by Jacques Moolman, President of the Cape Chamber of Commerce and Industry, while outlining a ‘scorecard’ being developed by the Chamber. The anticipated overall outcome of the proposed scorecard would be for municipal and regional governments to rated by their taxpaying base – a key feature of which would be measuring real outcomes against deliverables. The focus needed to shift from political promises and proposed budgets to what – in real numbers and expenditure – had it actually produced?

“We are simply talking about accurate, ongoing data collection here”, stated Van Zyl. “To measure is to know, and many of our municipalities and provinces are not truly measuring effective outcomes”.

It was simply no longer “good enough” for civil society to do no more than air its frustration, added Van Zyl, believing instead that mechanisms need to be put in place to hold leadership accountable post- rather than pre-delivery.

“We need the facts and figures for what has been done and what monies have been spent; otherwise you can never plan and you certainly cannot budget.  It had been refreshing for our delegates to hear Deputy Mayor Eddie Andrews acknowledge that there was much work to be done in this regard, and that delivery systems – not least of which around bulk infrastructure provision – need to become the new priority“.

The WCPDF had therefore also undertaken to make the accumulation and sharing of industry data a key focus for the next year, concluded Van Zyl: “We want to be able to state in confidence – at least in the Western Cape – what our industry is worth to the economy in investment and jobs. And we hope that the municipalities in our province are finally willing and able to collaborate on the sharing of such data, and will see the value of this for the region as a whole”.