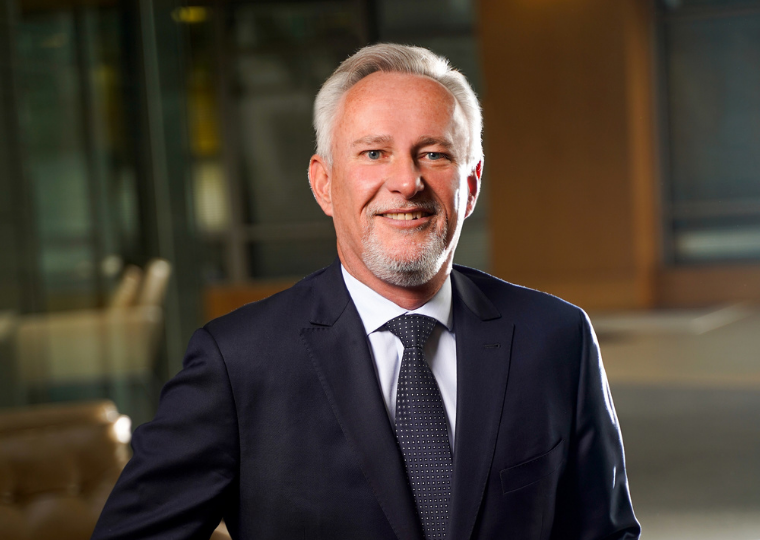 Growthpoint Properties has published a trading update for the three quarters of FY2022 from the 1st of July 2021 to the 31st of March 2022. While the key metrics of its retail and industrial portfolios are showing signs of improvement, its office portfolio remains under pressure, particularly in Gauteng (Sandton).

However, the REIT says it is seeing some “sporadic green shoots”. While the economy is driving some companies to reduce their office space to continue working from home, the good news is that the initial sentiment that offices would no longer be needed is receding with hybrid working patterns set to continue.

Employees of larger companies are returning to their offices under different strategies; some on a full-time basis with others still on a rotational system. Growthpoint says it has started to see its smaller tenants, that have previously vacated their offices, return to the market.

During the period, the REIT signed new leases for nearly 90 000m2 of offices with good letting in Claremont and Illovo, filling several long-standing vacancies.

The portfolio’s vacancies increased from 19.9% at FY21 to 21.2% at HY22 and currently sit at around 22.4%. The sale of non-strategic office assets in other areas has increased its exposure to Sandton slightly, where it has most of its significant concentration of offices.

Currently 21.7% of its office gross lettable area (GLA) is located in various buildings in Sandton where it has 103 000m2 or 27% of total office vacancies.

Liquidations and evictions, relocations within its portfolio, and cancellations where tenants paid cancellation fees, resulted in 21 896m2 of leases being terminated during the period.

Reversions on renewal at -17.3% improved slightly from -18.9% at the half-year but deteriorated further from -16.1% at FY21. Pressure on rental growth and occupancy levels stems from the oversupply of space in the market and weak demand. Tenants have many options for new premises, including sub-letting fitted-out furnished workspace from other downsizing businesses.

The company disposed of seven non-core office assets for R320 million which have been transferred. Another four signed sales agreements for R546.8 million are awaiting transfer and a further nine non-strategic office assets for c.R600 million have been approved for disposal.

With signs of recovery evident in this sector, all of Growthpoint’s shopping centres are reporting turnover growth with the smaller neighbourhood and convenience centres outperforming bigger malls.

Footfalls are nearing previous levels, which aligns with overall industry trends, given that consumers have changed the way they shop with increased basket sizes.

Value fashion remains at the forefront of the apparel segment recovery with the athleisure category keeping trade strongly. Growthpoint says the growth of online on-demand shopping is driving business through its malls, positively impacting trading densities.

As trading densities recover, retailers’ turnovers are becoming more supportive of rentals and escalations, making for more productive lease negotiations. Reversion rates are improving, although still negative at -14.5% versus -15.4% at HY22 and -15.6% at FY21. Rental income levels are stabilising, and the company expects valuations to follow suit.

On the back of better tenant trading, Growthpoint provided less pandemic relief than expected, which added to its performance. Additionally, arrears have steadily improved from R148.2 million at FY21 to R129.2 million at HY22 to R106 million at the end of March 2022. The highest arrears amount, R43.4 million, relates to Ster Kinekor and the company wrote of CNA’s total debt of R10 million during the period.

Despite an improvement from 6.2% at FY21, the company says they are likely to increase significantly towards the end of the year due to continued pressure at Bayside Mall in the Western Cape.

Relocations and legal cases resulted in 14 431m2 of retail leases being terminated and CNA’s restructuring saw it downsizing by 2 277m2 in the portfolio.

Offices make up around 25 000m² of retail GLA, and shopping centres’ high office vacancies are a challenge. The redevelopment of Bayside Mall is a priority in response to fierce competition in its market that has come at the cost of key tenancies, including Game, which has driven its vacancies above 6 000m².

A substantial 95% of the portfolio’s value is concentrated in 26 of the 42 assets, and the company has identified non-core assets for sale in the next five years to refine and de-risk its portfolio. Three non-strategic shopping centres, Helderberg Centre, Meadowdale Value Centre and Amrel Alberton, were sold for R306.5 million and transferred with signed sale agreements for another two assets for R527 million that are yet to transfer and have approved the disposal of a further five assets in excess of R1 billion, that no longer fits its investment criteria.

Vacancies within the company’s industrial portfolio have improved marginally from 9.4% at FY21 to 6.5% at HY22 to 6.2% at the end of the nine months to March 2022. These vacancies are concentrated in Gauteng, with lower vacancies in KwaZulu-Natal and the Western Cape where they average around 2%.

Arrears have also improved, decreasing from R73.9 million at HY22 to R58.2 million at the end of March 2022, slightly less than the R59 million reported at FY21 due to fewer business rescue and liquidation cases.

Tenant retention increased from 62.2% at FY21 to 83.3% at HY22 to 81.3% at the end of March 2022 with rental reversions having steadily improved, from -10.9% to -9.9% and -8.1% over the same period. Business rescues concluded during the period were the main reason for leases of 64 147m² being terminated, representing 40 tenants,18% of which were expired leases where tenants continued to occupy the premises on a month-to-month basis.

The most significant termination was 25 674m² at Isobar due to the tenant entering into business rescue. The rest related to financial difficulty and leases terminated by mutual agreement.

The investment market for industrial assets is buoyant. Growthpoint sold 13 non-core properties for R353 million with signed sales agreements for approximately R400 million in respect of another 13 assets awaiting transfer. A further 14 properties have been approved for sale for an approximately R650 million.