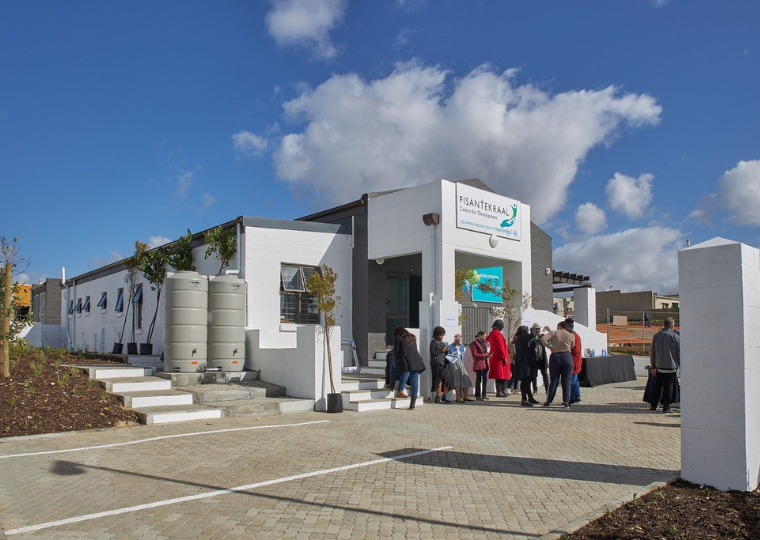 Fisantekraal Centre for Development, a skills training facility that assists the unemployed in finding work in a variety of sectors, has expanded its operations to a brand-new R4.2 million purpose-designed building in Greenville Garden City near Durbanville in Cape Town.

The function of the Centre for Development, which has been operating from premises in Durbanville for nearly twelve years, is to train the unemployed between the ages of 18 and 35 by using holistic programmes. Now, augmented by the opening of the Greenville premises, it aims to train up to 550 people annually.

The Centre for Development’s new 215m2 building in Silvertree Street, Greenville, was designed and built by Garden Cities in consultation with professionals who run the skills centre, to meet the needs of the training programmes.

The centre has 13 full-time staff members, including 5 company-sponsored internships for its graduates.

Garden Cities Group CEO, John Matthews, says the skills development centre is consistent with his company’s focus on the promotion of education as well as its participation in joint ventures to the benefit of the residents.

Jane Gelderman, who heads up the Fisantekraal Centre for Development, said the Greenville facility made it increasingly accessible to the people for whom it was intended, from all over the Peninsula.

“People come here to be taught enterprise development and trading among the skills that include baking and sewing for profit, maintenance (carpentry, plumbing), beauty and nails, housekeeping, childcare, and frail care. We also offer an office basics course”.

The centre has an initial five-year lease agreement with Garden Cities, and she says that the Greenville collaboration, which was two years in the planning, is a “dream come true for us, we are thrilled’.