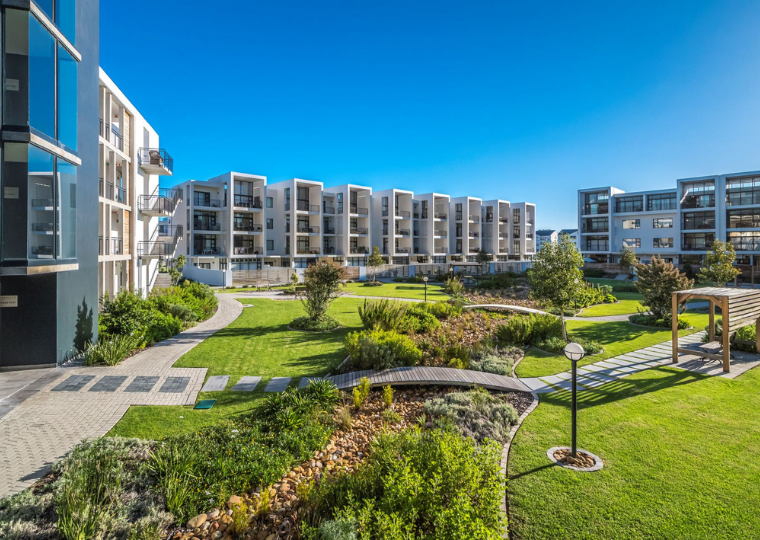 Balwin Properties has published its financial results for the year ended February 2022, reporting revenue of R3.1 billion, a 16% increase on the R2.7 billion reported in the prior period.

“Breaking through the R3 billion revenue barrier for the first time is a huge achievement that we’re very proud of. When I started this business 26 years ago with a 50-apartment development, I never imagined that we would achieve this milestone, and I would like to thank my business partners, team, investors, and funders as well as our suppliers for their consistent support”, commented Balwin Chief Executive, Steve Brookes.

Operating profit was up by 8% to R363.1 million (2021: R336.4 million). However, the group’s profitability was impacted by a once-off IFRS 2 charge of R34.1 million relating to the BEE transaction. Excluding the impact of this once-off charge, profit for the year increased by 18.1% to R397.2 million.

Balwin’s profit increased by 15% from the prior comparative period and the group reported a profit margin of 27%, up from the 24% profit margin reported at half-year. Significant increases in costs within the construction industry over the past year have dragged its profit margin but this was mitigated through cost engineering, creative modifications to design and specifications as well as concentrated cost containment, supported by an in-house procurement department.

The group reported a 10% increase in net asset value (NAV) to 749 cents per share.

“From a capital allocation point of view, considering the deep discount between the current share price and Balwin’s net asset value, a share buy-back programme will be highly earnings accretive and will drive growth in Headline Earnings per Share … To this effect, we have received board approval to launch a share buy-back programme, the quantum of which will be monitored and updated over time”, Brookes commented.

Operating expenses increased to R301.6 million at period end, up 13.7% on the prior period (excluding the IFRS 2 BEE charge), mainly driven by movements in the non-cash costs comprising of depreciation, volume-based sales commissions, and sales activity-related costs. The Balwin Fibre subsidiary also reported higher costs owing to the increase in the volumes of apartments connected to fibre. Excluding the above costs, Balwin’s operating costs increased by 6.1% from the comparative period.

Balwin has pre-sold 2 386 apartments beyond the reporting period which highlights the sustained demand for the product. In line with its policy to only recognise apartments in revenue on earlier handover or occupation, these apartments are not reflected in the financials under review.

The group has a secure development pipeline of 51 803 apartments across 28 developments in key target nodes, representing an approximate 15- to-20-year development horizon.

“A core focus for the team is the execution of the existing pipeline to unlock value. Considering that zoning in our main operational areas can take anything from 5 to 7 years, strategic land acquisitions remain important, however we will place greater emphasis on accelerating the unlocking of the existing pipeline going forward, whilst carefully matching the rate of construction to the rate of sales,” added Brookes.

During the financial year, Balwin continued to focus on reducing its environmental impact through innovation in design and building techniques. A total of 27 719 apartments have been registered as EDGE Advanced since January 2021. EDGE Advanced requires apartments to achieve an on-site energy saving of 40% or more, an improvement from the 20% savings required for basic EDGE certification in addition to the 20% reduction in water usage and embodied energy in material which was previously a requirement for EDGE certification.

Lifestyle centres at 7 of Balwin’s developments achieved 6-star Green ratings by the Green Building Council, six of which were credited with a Net Zero carbon rating.

“In line with our ethos of putting our clients first, Balwin leveraged our advancements in building green with the retail banks to negotiate preferential mortgage rates for its clients. To date a total of 4 367 green bonds have been secured for clients, with an estimated total saving of R325 million over the average bond terms,” said Brookes.

Balwin continues to prioritise cash management and utilisation, as well as to engage with its funding partners to ensure that appropriate facilities and financial support remain in place. Through these focused capital allocation initiatives, it ended the period with the cash position of R666 million, an increase of R329.1 million from the prior year. The group secured term loan facilities totalling R560 million from Sanlam and Stanlib, representing a significant milestone in broadening its funding base in a cost-effective manner.

During the period, Balwin successfully concluded its B-BBEE transaction to increase black participation within the group with its partner, Reggie Kukama, with shareholders approving the transaction on 6 September 2021. This assisted Balwin in realising its commitment to creating a business that is diverse, representative, and transformed.

“From an operational point of view, Balwin remains well positioned despite increasing headwinds and a rising interest rate cycle, with 2 386 apartments forward sold and continued strong demand for our brand, supported by online sales”.

“Our annuity business may only be in its infancy but has great potential to complement Balwin’s existing business with minimal capital outlay. Balwin has to date sold approximately 62 000 apartments and have a database of 100 000 clients. In this regard the board plans to pursue potential annuity opportunities that are complementary to the core business model while leveraging off the Balwin brand”, Brookes concluded.

A final gross dividend of 13.5 cents per ordinary share (FY 2021: 16.20 cents) was declared. The prior dividend included a previously deferred dividend that was withheld at the end of the 2020 financial year.