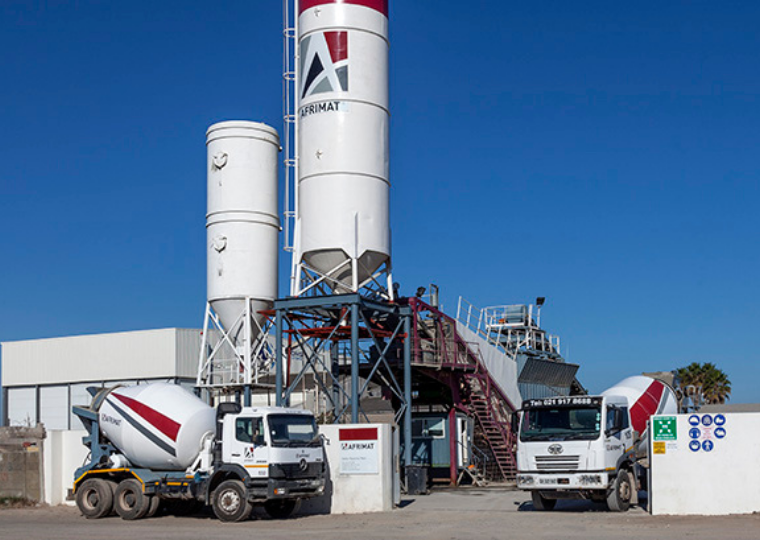 Group CEO, Andries van Heerden, said that the company has delivered robust results on the back of favourable iron ore prices, the expeditious turnaround of the Nkomati Anthracite mine, the establishment of the Jenkins mine, and the return to pre-pandemic volumes in the construction materials and industrial minerals segments, all of which translated into strong operating cash flows.

Revenue improved primarily due to increases in volumes as well as attractive iron ore pricing, translating into an operating profit increase of 25.1% from the previously reported operating profit of R886.3 million to R1.11 billion.

Net cash from operating activities remained strong, while the company’s net debt: equity ratio continued to be very low, increasing from 3.8% to 12.1% due to the Coza Mining Proprietary Limited acquisition, the Glenover transaction, and capital funding for the Nkomati and Jenkins mining assets.

The group’s bulk commodities segment, consisting of the Demaneng and Jenkins iron ore mines, and the Nkomati anthracite mine, benefited from the successful turnaround of Nkomati and favourable iron ore pricing with the segment contributing 74% to the group operating profit.

“This excellent performance was further enhanced by increased volumes from the Jenkins mine,” said van Heerden, adding that additional volumes contributed positively to the second half of the financial year. Van Heerden went on to add that the ramp up is in accordance with strategic plans and product is being sold into the local market through a defined price and volume contract.

“Nkomati, which produces a high-quality product for the local market, was loss making for the first five months of the reporting period, but turned into a profitable business from August 2021 onwards, recovering the biggest part of the losses of the first five months.”

The long-term sustainable life of its mine plan is being enhanced through the opening of two opencast pits and work has begun on opening the underground operations.

The industrial minerals businesses delivered returns comparable to pre-Covid-19 volumes across all regions, delivering an increase in operating profit of 70,2% from R55.5 million to R94.4 million. The acquisition of the feed lime business (Agri Lime) strengthened Afrimat’s footprint in the agricultural lime market in support of deeper diversification in this segment.

Similarly, the construction materials segment experienced a return to pre-Covid-19 volumes, resulting in a significant improvement in operating profit of 83,5% from R104.9 million to R192.5 million in the year under review. “This is primarily a result of general volumes recuperating to 2019 levels, rather than a result of a rise in construction activity, as well as a strong focus on operational efficiencies,” added van Heerden.

Although the acquisition of the Glenover phosphate stockpiles is included in these results, they have not yet contributed to group profits.

Van Heerden explained that the Glenover acquisition, which includes phosphate stockpiles, rare earth and a vermiculite mining right, positions Afrimat to enter new commodities for further diversification and sustainability. “Sales of raw phosphate have begun, with these revenues being reported on in future periods. Substantial progress has also been made on the follow up phases of this project, which positions Afrimat in specialised commodity extraction through the metallurgical processing of the resource”.

Regarding Gravenhage, the manganese project in the Northern Cape, Afrimat is still waiting for approval of the water use license which, once received, would trigger a payment in ZAR equivalent to US$30 million. This project is only expected to contribute to the financial results in the 2024 financial year.

Van Heerden said that the group is well positioned to capitalise on strategic initiatives and future opportunities. “Our future growth will continue to be driven by the successful execution of our proven strategy, recent acquisitions and a wider product offering to the market, with several exciting opportunities being investigated”.

He went on to say that planning for future growth would continue to be supported by acquisitions that conform to a unique competitive advantage depending on geographic location, unique metallurgy, and structural cost advantage. “Of course, operational efficiency initiatives aimed at expanding volumes, reducing costs, and developing the required skill levels across all employees, remain a key focus in all operations”.

In closing, Van Heerden said that Afrimat would continue to strive to ensure a healthy and sustainable strategic positioning, to execute well on the assets it adds, to diligently control capital allocation and continue to ensure optimal cash generation, all the while ensuring a strong commitment to its people and the communities it operates in.

“Most important of all perhaps though is our desire to uphold ESG fundamentals and consciously work on all stakeholder relationships. We do all this daily because it is entrenched in our culture to ensure returns that support long-term sustainability”.