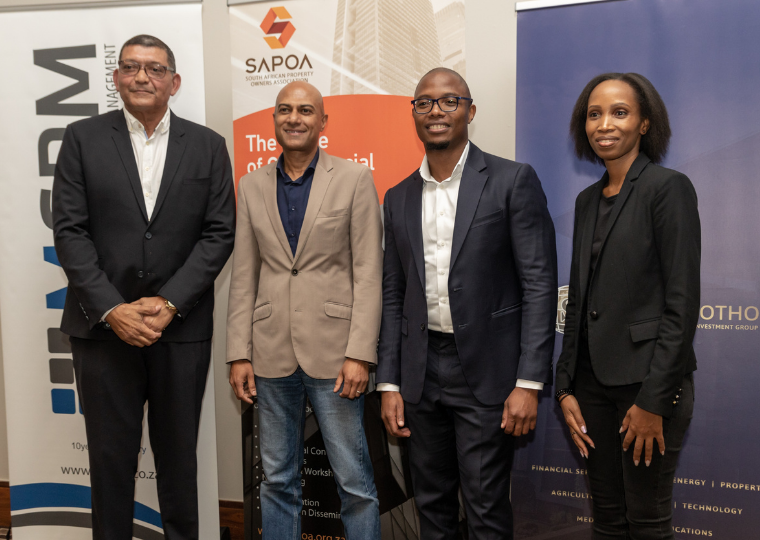 Following the success of SAPOA’s Western Cape Chapter’s networking function in early March, the Gauteng Chapter recently hosted its own evening, the region’s first official gathering since early 2019 as part of its drive to reconnect with South Africa’s commercial real estate industry post-Covid-19.

“Three years have gone by since we last gathered and we are excited to be back”, commented SAPOA CEO, Neil Gopal. “There has been a dire need for us to reconnect as the base of our industry is built on interaction, being on site, and doing business with one another”.

“Our main mission, as a non-profit service creation, is to protect and to advance the interests of commercial property owners and we have spent tens of millions on legal fees fighting the numerous by-laws and policies being introduced by government, which we feel, is an attack on private property rights in South Africa”.

“Without the support of this evening’s Principal Sponsor, Sakhumnotho Group Holdings, and Supporting Sponsor, Masithu Consulting & Project Management (MCPM), as well as our members, events like these would not be possible”.

“We are very pleased to have partnered with SAPOA for their Gauteng networking function. As long-term investors in various sectors, we have been involved in the property game for six years and we look forward to contributing to the commercial property space”, concluded COO of Sakhumnotho Group Holdings, Ronnie Mulaudzi.

Early registration is now open for SAPOA’s 2022 Annual Convention and Property Networking taking place at Sun City between the 28th and 30th of September.