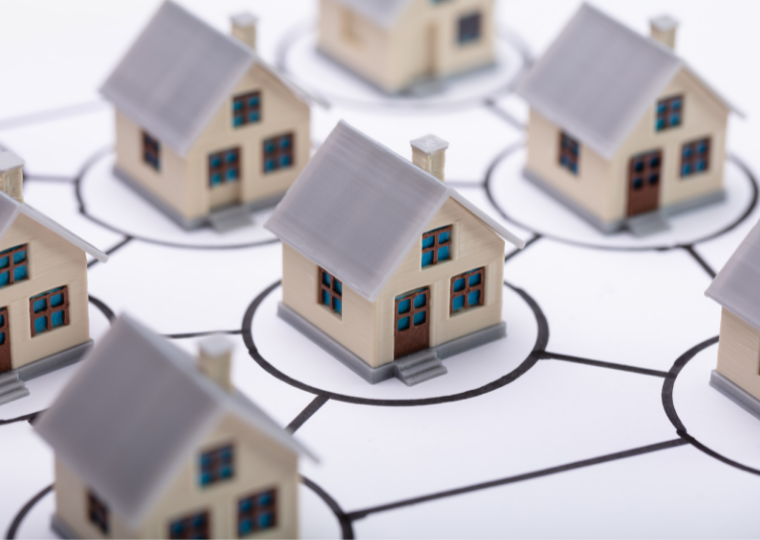 The Act expects trustees to run their schemes with or without the assistance of managing agents. Even when managing agents are appointed, the Act really makes these professional managers subservient to usually unqualified, unprofessional trustees, who often run schemes ‘their way or no way’ to the detriment of the owners.

I would suggest, that for example, that probably half of the registered Sectional Title schemes have never made any contact with the Community Schemes Ombud Service (CSOS). In some instances, the solution would be the appointment of professional managers rather than trustees who look after the interests of all owners, not some.

The Act is overwhelming, one-sided, and biased against the managers, trustees, and compliant owners. For instance, trustees who default on their levies or who do not abide by the rules, can still be elected as trustees, and if they get into serious arrears, they can still stick around as trustees. Do we really think these defaulting trustees are going to chase themselves for levies in arrears or abide by the rules?

The Act should revert to the prior situation that anybody who owed levies or who was in breach of the rules, could not be a trustee. It should stipulate that a trustee who is one month or more in arrears will automatically be disqualified from being a trustee. Lethargic CSOS levies in arrears and breaches of the rules can be reported to the CSOS for enforcement, but unfortunately, the CSOS is going the way of almost every government arm.

Things just don’t happen. Personally, my son reported that in his apartment building, the trustees decided that nobody in the building could install an air conditioning unit because the trustees felt they were too noisy. Fourteen months later, the situation has not been resolved by the CSOS and he has had to endure a summer of nearly 40⁰C at times. Owners with delinquent tenants cannot be forced to find new tenants despite frequent complaints about noise and disturbance. You can go the CSOS route but do not expect a speedy solution.

Owners and tenants who fail to pay water and electricity accounts are a real challenge. The body corporate is not allowed to disconnect these services. Going to court for such small sums, when the cost of the case must be borne by the body corporate, is neither practical nor fair. The same applies to levies in arrears. Why is it so hard for the CSOS or the courts to look at the accounts and make an immediate decision? Either the owner or tenant owes the money or not – there is no grey area. The body corporate should be allowed to disconnect electricity and restrict water to any owner who fails to pay within seven days of the account being sent and a notice giving seven days to pay or to explain why the account is not correct. What is happening now, is that other owners are having to pay the building’s account or risk having the services disconnected by the local authority or Eskom. It Metro and Eskom disconnect, why can’t the body corporate?

Can the body corporate lay a charge of theft for unpaid water and electricity? There needs to be an effective, efficient, quick, and inexpensive method of getting an enforceable decision on the above points, and clearly the CSOS is not up to the task.

The reality is that these cases should not be clogging up the CSOS or the courts and it could be handled far more efficiency by a panel of local attorneys who are set the task. One of the cases we currently have at the High Court is of an owner / developer who has never paid a levy in the thirteen years since the scheme opened and it has used every trick in the book to avoid paying. To short cut the High Court case, we approached the court to confirm that no owner could withdraw from being a member (of any body corporate) but they refused to make a declaratory order. This owner now owes in excess of R4.5 million in levies in arrears.

Most people understand the KISS (Keep it Simple Stupid) principle. STSMA has changed both the quorum and the way of voting. Previously, larger buildings had smaller quorums than bigger ones. The system worked well. While it is usually fairly easy to get a 33.3% attendance in a scheme of ten units, it is a near impossibility when you start talking of schemes of hundreds or thousands of units. Imagine trying to get 33.3% of a scheme of 15 000 units together in one venue! It is simply not realistic with many schemes having well in excess of 200 owners.

Most larger schemes now rarely reach the required quorum, but it is curious that while the Act contemplates a bigger representation of owners at the general meetings, it allows for meetings that fail to reach a quorum to be held over to the same time and place the following week. At these meetings, anyone who turns up forms the quorum for the meeting which is simply crazy, and it would mean that the 15 000-unit scheme needs to have 4 995 people, or by proxy, at a meeting but could be represented at the delayed meeting by one person. It just does not make sense. They should revert to the old ratios for the different sized units. While the 15 000 units are the largest scheme that I have come across, there are quite a number of schemes with 1 000 plus units and hundreds with 500 or more, and the same problem would apply to any of these larger schemes.

What makes it worse is that any one person cannot hold more than two proxies. How on earth is an owner of a unit in a large scheme going to know, firstly, who is going to attend, and secondly, how many proxies they already hold?

The Act is also very specific that the person to whom the proxy is given must also sign the proxy – also very difficult to do. The situation needs to revert to the earlier one where any owner can hold any number of proxies. Why should I not be able to choose to whom I give my proxy? I can certainly vote a particular way using my proxy, or if I do not like what happened, then I won’t give him another proxy next time. At least the situation will then be that we will be able to hold meetings more often. Now, with held-over meetings, this does not happen, and you are punishing the ‘good guys’ by making them come to two meetings, while those who did not bother to attend, certainly won’t come to the delayed meeting.

While I understand the intention behind the voting by participation quota (PQ) value, it is causing major disruptions at meetings. Just signing everyone in is now a major exercise. A computer program has been employed to calculate who is there and what percentage of the PQ he or she owns. This can take hours for a large building as it is human nature to arrive just in time or even late.

In the nearly fifty years that I have been in property, and from when I started in Sectional Title in 1980, I have only once been asked for a vote by PQ, it may well be that there is a need for voting by PQ in selected buildings, but it has always been allowed that any owner could call for a vote by PQ when required. In reality, and in my experience, 99.9% of the time, voting (if called for at all) is by mutual agreement after discussion on subject.

My strong suggestion is that things revert back to the previous way of voting by one vote per unit unless any owner insists on a PQ-based vote. Keep it simple. Simplifying how scheme meetings are run would increase the chances that a quorum will be present and that the meetings can be held on schedule. Not only that, but it would also ensure that the maximum number of owners participate in the decision making.

The current system simply means that a very high percentage of general meetings are in reality eventually held with far below the required numbers. Thus, decisions are made for the body corporate by a small number of owners and not the intended quorum. I personally have driven from Bloemfontein to Sandton two weeks in a row to attend a body corporate meeting as a proxy because there had not been the required quorum, only to find that half the number of owners were represented at the second meeting.

It is now time to change to a more economical and practical system of Sectional Title meetings that favour those who do bother to participate.

Mike Spencer CRS (SA), CIEA, CAPM is MD of Platinum Global based in Bloemfontein. He is a Master Practitioner in Real Estate and an Associated Professional Valuer.