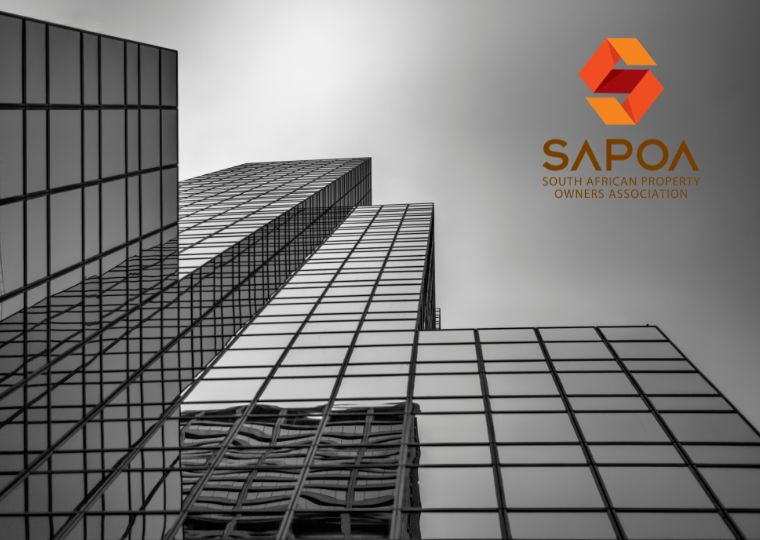 It is the view of SAPOA that municipalities remain in breach of their constitutional mandates to provide services to their communities in a sustainable manner and to promote a safe and healthy environment for these communities to thrive.

The challenges experienced by commercial property owners from one municipality to the other, across the country, is no different and are escalating at a rapid pace.

Coupled with this, an unsustainable property rates regime is further compounding the problem. Property owners pay for these services but very seldom are these services delivered adequately or delivered at all.

As repeatedly demonstrated by successive Auditor General’s reports into the state of municipalities, local government has broadly failed, and their sustainability is worsening. In the most recent Auditor General’s report, of the 257 local authorities, only 16 were in good financial health and only 27 received clean audits. This means that only 6% of municipalities were considered financially sustainable and only 10% were considered adequately managed from a financial perspective i.e., a staggering 84% of local administrations are either non-compliant with the minimum standards of fiduciary management and/or financially unsustainable.

Just 28% of municipalities submitted quality financials for audit purposes – and only 11% received clean audits. The extent of the problem is alarming, irregular, unauthorised, fruitless, and wasteful expenditure amounted to R189 billion.

“Local government is where citizens primarily experience the provision of government services. Failure of local government in South Africa has become systematic and structural. As a result, the quality of life of South Africans has been affected in increasingly untenable ways”, says Neil Gopal, CEO of SAPOA.

“The economy needs reliable infrastructure to connect supply chains and efficiently move goods and services across borders. Water that is safe, clean, easily accessible, and affordable is a basic constitutional, human right. Despite this, the country faces a fast-worsening water crisis, largely as a result of non-investment in water treatment infrastructure, corruption, poor or non-existing maintenance of water infrastructure, and derelict water infrastructure management.”

As a result, across South Africa, water pollution and water borne diseases are on the rise, threatening communities, environment, and key sectors like tourism. This is notable in some larger municipalities where the collapse of many of the water treatment plants has led to the flowing of unsustainable amounts of raw sewerage into the ocean. In Gqeberha, for example, the quality of drinking water is of concern to the local citizens. Cable theft, and the theft of sub-station equipment, pumps etc. are being stolen, as well as fencing and anything which can potentially be sold in scrap yards is causing businesses to collapse.

Failing local governments have a direct, measurable impact on businesses and thus on the livelihoods of our communities and the sustainability of our economy. Jobs lost and businesses closed often find their primary cause in poor local government. Once this occurs, municipalities risk entering a vicious cycle of collapse: unemployment rises, poverty increases, leading to the erosion of the local tax base and mechanically increasing municipal dependents on fiscal transfers from central government. Municipalities therefore contribute to the worsening of the country’s already constrained fiscal situation.

Failing municipalities do not only affect residents of that locale; municipal financial distress also has an impact on creditors such as Eskom, the water boards, and smaller suppliers.

In July 2021, Moody’s downgraded 5 municipalities, including the large metros of Cape Town, Johannesburg, Ekurhuleni, and Nelson Mandela Bay. Tshwane had already been downgraded to junk in June. In November, Nelson Mandela Bay and Ekurhuleni were downgraded again, with the latter falling to sub-investment grade. The rating agency cited material revenue shortfalls and liquidity concerns, which are expected to persist, given the weak economy. The agency has also indicated that further downgrades may be forthcoming.

SAPOA calls on municipal governments and their representative bodies to abide to the constitution, the law, and regulations which when respected provide the foundation for good governance and sustainable livelihoods in prosperous and safe communities. At a minimum, municipalities should appoint personnel on the basis of demonstrable qualifications, performance record and where required, as in the case of municipal managers, to register with professional bodies.

A necessary attribute of good governance is that municipal officials, who have been positioned through undue political influence, who are unqualified or are underperforming, should be removed from office. Finally, corrupt officials should be held accountable, removed from office and corrupting partners should be prosecuted and banned from doing business.

“The natural trajectory, as we are witnessing on the ground, is that basic services to core economic sectors, such as infrastructure maintenance, security, the provision of water and electricity etc. are being pushed to the edge. Naturally, these transaction costs to the private sector increase to the point where entire sectors of the economy will be unsustainable to operate. People and businesses are underestimating the extent and nature of the problems at local level”, says Gopal.

“The South African economy is detached from the reality of ever-increasing inequality, rising unemployment, increasing inflation, increasing poverty, constant and increasing electricity blackouts, an impending water crisis, dysfunctional and collapsing municipalities, collapsing infrastructure….and municipalities simply ignore court orders, including contempt of court orders for non-compliance, ignore the Auditor General’s requests and their Constitutional responsibilities. If this is allowed to continue further, we believe it is likely to lead to the destabilisation of the country and we call on the President’s office and the powers that be to take note of this crisis and jointly work with our industry to find lasting solutions”.