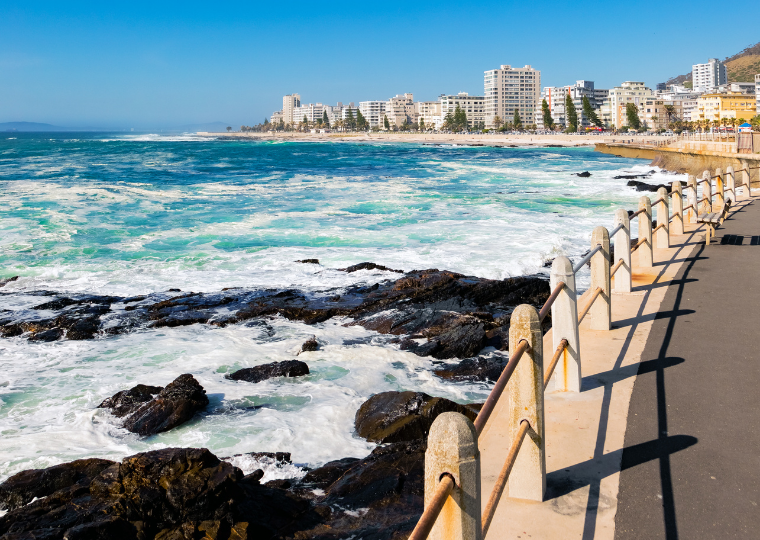 The City of Cape Town has urged residents to comment on a proposal that could see the Sea Point Promenade turned into a pedestrian-only zone from where it starts in Mouille Point, to the Pavilion swimming pool.

The proposal, the result of a 5-month long investigation into how the iconic stretch is being used, suggests that cyclists, skateboarders, and rollerbladers use the sidewalk on the sea side of Beach Road.

According to the City’s Mayoral Committee Member for Urban Mobility, Councillor Rob Quintas, the City has found that approximately 90% of Capetonians using the promenade are pedestrians or joggers with a considerable number of children and elderly.

“Cape Town is a destination that welcomes cyclists, many of them doing mountain biking or cycling along our scenic roads around the peninsula. I want to make it very clear that the proposal is that those who cycle for leisure in Sea Point can still do so, but along the sidewalk on the sea side of Beach Road from Mouille Point to the Pavilion swimming pool”, he said.

“Sub-council 16 received many complaints and reports about the conflict between pedestrians and those on bicycles and motorised devices over the past few years. Of concern is that some of the elderly visitors ended up in hospital after crashes because people on bicycles and e-bikes go much faster than those walking. Some of these devices are also heavy and can cause serious injuries. I requested the then-Transport Directorate in January 2020 to do an investigation and to come up with possible solutions to accommodate all who visit this popular recreational facility”, commented the local ward councillor, Nicola Jowell.

“I want to remind Capetonians that historically, the Sea Point Promenade was reserved for pedestrians. It was only in 2013 that it was decided to allow other users as well. However, over the past 8 years or so, we have seen an increase in the number of visitors to the promenade and increase in the speed of some of these devices, and subsequently more conflict between users”, concluded Councillor Quintas.

The closing date for comments is Sunday, 10th of April 2022.