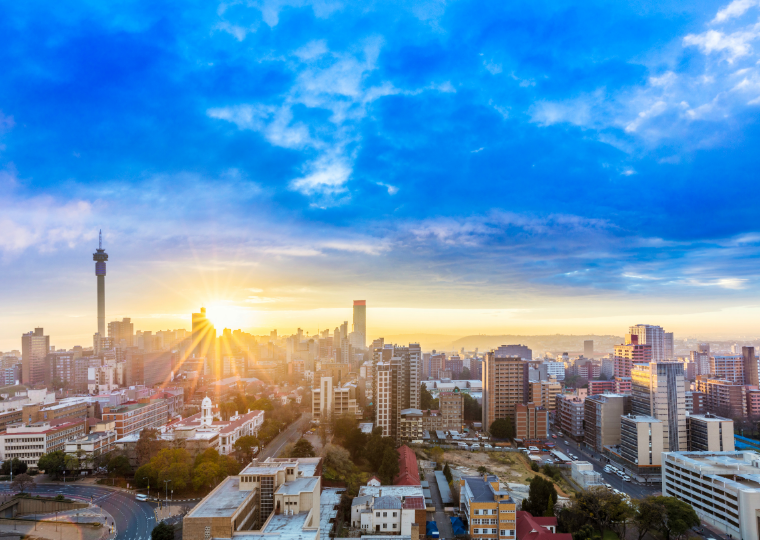 Two years later, some working professionals have chosen to take advantage of flexible remote working policies, fleeing the cities for smaller towns in search of a more relaxed lifestyle for their family. However, an unusual demographic has moved in to take their place in revitalising the inner cities: Millennials and Gen Zs aged between 20 and 35.

According to Justine Adriaanzen, Commercial Real Estate Consultant for Galetti Corporate Real Estate, this age group typically has more disposable income and therefore, greater spending power and they are choosing to inject that cash into the inner cities. She explains that renewed interest in South Africa’s major CBDs, from a younger demographic, will have a positive knock-on effect on the economy and property market at large:

“Property developers are capitalising on this new market by converting old and/or abandoned buildings into trendy mixed-use developments”.

“More local businesses such as clothing boutiques, homeware stores, artisanal retailers, upmarket bars, and restaurants are now opening to cater to these residents and office tenants. Renewed investment and activity have also motivated city officials to ramp up crime prevention to revitalise key CBDs – such as the launch of Operation Buya Mthetho which has deployed 1 800 JMPD officers to help fight crime in the Johannesburg CBD.”

Cape Town’s CBD is most in-demand due to the combined support of wealthy Millennials and the Central City Improvement District (CCID) – a taskforce established in 2000 to provide essential top-up safety and cleaning services in the city centre.

Two decades of dedicated improvements have paid off as the valuation of property in the CBD now stands at more than R44 billion – up from just R6 billion in 2000.

“New developments such as The Rubik by Abland Property Developers and refurbishments such as One Thibault, East City, Neighbourgood’s all-inclusive living and co-working buildings and The Barracks are specifically designed to appeal to millennials and Gen Zs. These are set to see increased demand as semigration continues to gain traction,” she says.

“These exciting developments and refurbishments combine residential and commercial space with the future of co-working and co-living in mind. Residents are able to eat, shop, play, live, and work – all without leaving their thoughtfully designed and modern mixed-use building.”

Johannesburg CBD, South Africa’s largest city, has struggled to reclaim its former glory in recent years as the pandemic and max exodus of offices only exacerbated pre-existing issues of high crime rates, poor service delivery, and dilapidated buildings. However, Adriaanzen is still cautiously optimistic about the potential for Millennials to revitalise the area.

“Johannesburg CBD neighbourhoods, Maboneng and Braamfontein, have established themselves as a haven for creatives and movers-and-shakers with popular food and craft markets and art galleries. The success of apartment buildings in these areas such as Sontonga Lofts and Jewel City indicate that there are still opportunities for investors to lure young South Africans back to the inner-city.”

Johannesburg CBD recently received a cash injection from eight of the country’s biggest private investors, including Absa, Standard Bank, FNB, Atterbury and Olitzki Property Holdings. These business giants are upgrading retail inner-city districts by paying for security, cleaning, and maintenance in the area.

“From our own experience in selling commercial property in the CBD and surrounding neighbourhoods (including the prestigious Media Mill building in Milpark) we have noted high levels of confidence from both investors and prospective tenants regarding the development potential of these once-neglected areas,” she adds.

Much of what makes the CBD attractive to the younger demographic is the fast-paced and creative lifestyle it offers.

“Savvy property developers are noticing the demand and are fulfilling this age groups’ desire to move to the CBD”.