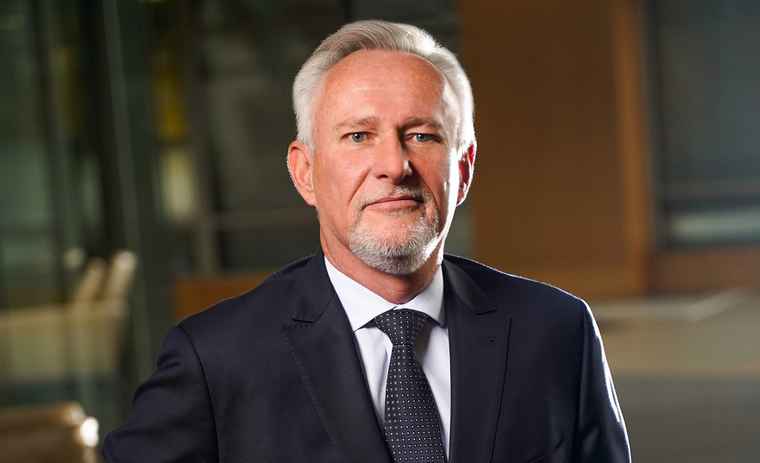 Growthpoint delivered a 17.6% increase in SA REIT funds from operations and a 5.2% increase in distributable income per share of 76.9 cents for the six-month period to December 2021.

Distribution per share was also up 5.1% at 61.5 cents per share with its total property assets having grown by 7.7% to R164.4 billion. The REIT’s share price remains significantly undervalued compared to its SA REIT net asset value of 2 148 cents per share, which increased by 6.2%.

The group’s SA REIT loan-to-value (LTV) decreased from 40% to 39.2% with an increase in interest coverage ratio (ICR) to 3.0 times from 2.9 times. In line with an 80% payout ratio, the group retained R524.6 million before tax, ending the period with R515.8 million cash on its local balance sheet and R6.2 billion of unused RSA committed facilities.

“These pleasing half-year results show the stability of our business. We are seeing encouraging signs of improvement, although it is too early to say that we have turned a corner while the environment remains uncertain and South African property fundamentals weak”, commented Group CEO of Growthpoint, Norbert Sasse.

Its South African portfolio recorded a further 0.4% devaluation with vacancies across its 407 retail, office, and industrial properties (valued at R64.7 billion) reduced from 11.6% to 10.5% over the six months, with more than 758 600m2 let during the period. Its renewal success rate improved from 65.4% to 77.3% but this was achieved at the expense of rental growth with rental renewal rates decreasing by -0.2% to 15.1%. Growthpoint has collected R181 million (92.4%) of all Covid-19 rental deferrals granted to its tenants, achieving 100% collections for the period and improved arrears.

Retail portfolio vacancies improved to 3.8% (excluding offices) with increased letting activity from national retailers who continued to restructure their portfolios, right-size their spaces and rebase rentals. This portfolio enjoyed improved renewal success, albeit at the expense of rental growth and annual escalation levels. Its shopping centres saw a 7% increase in average trading density, with smaller community and convenience centres leading the rebound, value retail holding favour and shopper basket size increasing as turnovers have recovered faster than foot count levels.

However, its office vacancies stand at 21.2%, placing renewal rates, rentals, and escalations under pressure, despite more tenants returning to the office, hybrid working arrangements and arrears steadily improving.

Vacancies in its industrial portfolio improved by 2.9% to 6.5% with good letting in the Western Cape and KwaZulu-Natal, where vacancies were below 1%. Renewal success rates increased more than 20% to 83.3% but rental growth and escalations remain under pressure. The group disposed of nine of its non-core industrial assets during the period with another 20 in various stages of disposal.

Distributable income from trading and development was R76 million for the half-year and it invested R480.5 million in development and capital expenditure (capex) in South Africa with R425.8 million of capital commitments.

Growthpoint’s 50% interest in the V&A Waterfront, with its share of property assets valued at R8.9 billion, improved its earnings significantly with a 62.0% increase in net property income for the period. The V&A won its rates appeal and the City of Cape Town adjusted its municipal valuation by R6.9 billion, resulting in tenant refunds of R77.5 million dating back to July 2019, and contributing R28.5 million to the V&A’s profit. Collections are currently some 98% of billings and were 93.6% on average for the six months with low retail vacancy levels of 1.7%.

Office vacancies at the V&A remained low at 2.7%, with demand for new space and 65% of the portfolio let to blue-chip tenants. Construction began on the 10 500m2 multi-tenanted office building in the Canal District anchored by Investec Bank in 6 900m2.

Growthpoint Healthcare REIT has raised over R1.3 billion of third-party funding and Growthpoint has an effective 55.9% shareholding. SA’s first unlisted healthcare REIT has a R3.4 billion portfolio of seven assets and a R5 billion pipeline of acquisitions and developments. It concluded a US$80 million equity and convertible debt package with International Finance Corporation and acquired the specialist Cintocare Hospital in Pretoria. Growthpoint Healthcare REIT delivered interim distribution per share growth of 7.5%, and Growthpoint received R67.3 million in distributions and R19.4 million in property and asset management fees.

“Growthpoint is cautiously optimistic about the increased stability and potential for improvement. We are ready to optimise the advantages we have created for our business and advance our strategic priorities to achieve sustainable performance for all our stakeholders,” concluded Sasse.