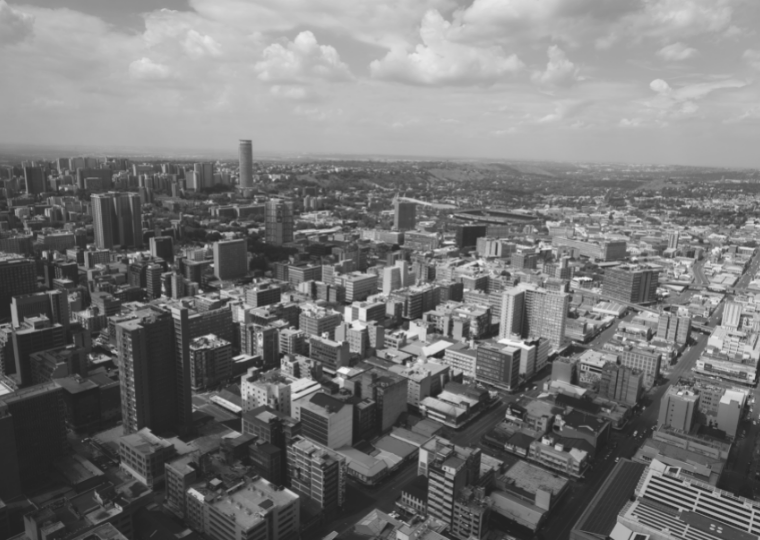 CEO of the South African Property Owners Association (SAPOA), Neil Gopal, has cautioned property investors and developers to reconsider any new investments in the City of Johannesburg following the municipality’s decision to implement its Development Contributions Policy.

In early October 2021, the City of Joburg released a policy titled ‘Development Contributions’ which will introduce a “once-off charge levied by municipalities on a landowner, as a condition for approving a land development application, to cover the capital costs incurred by the municipality when installing new infrastructure or the upgrade of existing infrastructure”.

The purpose of the policy, according to then Municipal Councillor Thapelo Amad, is to “provide greater clarity around existing funding instruments that allow for the timely provision of essential bulk infrastructure required to service the needs of new departments”.

SAPOA found aspects of this Policy to be “objectionable” and submitted their comments to the City of Johannesburg.

“We found the underpinnings of the Policy self-contradictory”, says Gopal. “On the one hand, the Policy states that its principle is that the Development Contribution (DC) must be used on existing or planned infrastructure impacted by the development yet, at the same time, provides that a DC can be used on infrastructure anywhere else in the municipality. In addition, it states that there cannot be duplicated cost recovery, but it also provides for a DC when capacity exists in infrastructure already paid for”.

“We note a fundamental disconnect between the legislated framework for DCs, which the Policy acknowledges, and a statement that the DCs 2 will be implemented as soon as the Policy is in effect. Although reference is made to the draft Fiscal Powers Amendment Bill, the Policy fails to recognise that until the Bill is enacted any DC regime is ‘ultra vires’ i.e., done beyond one’s legal power or authority”.

SAPOA is of the view that the Policy is investor unfriendly and defeats its intended purpose. Consultation with its members revealed concern that the City of Johannesburg has endowed itself with an ability, by withholding various consents, to force developers into paying the DC. “This represents nothing less than a form of extortion”, he says.

“The Policy cannot, on any basis, be implemented unless – and until – the Fiscal Powers Amendment Bill is passed. The Bill sets the limits on a municipality’s power to raise these charges in all disputed categories”.

SAPOA has made representation to National Treasury with regards to the areas in the Bill that demands regulatory clarity. “These areas relate to the fact that while municipalities may permissibly charge developers the cost of installing or upgrading external forces, they cannot force developers to contribute to infrastructure which has already been paid for from other sources of revenue”.

“Doing so would constitute an impermissible tax, which is illegal and not a service recovery charge”.

On the 31st of January 2022, Gopal says SAPOA’s attorneys submitted a letter to the Mayor and City Manager of the City of Johannesburg stating that the municipality currently has no power to implement a development charge regime. Further, even if it did have the power to implement such a policy, there are no bylaws in place to give effect to it.

“We received a response today from the City of Johannesburg’s attorneys stating that the City intends on proceeding with the implementation of the Policy, regardless of the fact that the Fiscal powers Amendment Bill has bot been enacted. SAPOA is consulting Senior Counsel and intends to legally challenge this matter”, he concluded.

Member of the Mayoral Committee for Development Planning at the City of Johannesburg, Councillor Belinda Echeozonjoku, released a media statement in response to SAPOA:

“We have noted, with concern, SAPOA’s intention to contend the implementation of the policy and would like to categorically state that the City cannot be out of pocket at the expense of rate payers, to make developments possible or viable. All developers must contribute what they are fairly supposed to contribute, based on the impact of their development to the Council infrastructure. If any developer does not contribute their fair portion, the City cannot be duty bound to approve that development or provide necessary clearance certificates”.

“We refer to the press statement from the City of Johannesburg on their intention to adopt their Development Changes Policy.

We remain opposed to the manner in which municipality’s intends to introduce development charges. We have been making input into the development of a DC regime both at the municipal and national levels for 2 years, much of which have been ignored.

As you are aware, National Treasury has not yet enacted amendments to the MFPFA, which were explicitly aimed at empowering municipalities to introduce development charges under regulated conditions. The COJ however, has decided that it does not need that empowering, as it has, in its view, all the powers it needs under SPLUMA.

Consequently, it has adopted its DC Policy, and a set of enactments in its 2016 Planning Bylaws (specifically Bylaw 47) to enable it to apply a tariff charge in respect of defined development applications.

We contend firstly that SPLUMA does not give it the power to impose a charge other than the cost for specific external services necessitated by the particular development (i.e. new or upgraded services).

SPLUMA certainly does not permit it to raise a charge for the cost of services/infrastructure that already exist and have adequate capacity for the development (and have already been paid for from other revenue sources), whether or not connected to or related to the impact caused by the development.

We remain steadfast in our call to investors to remain cautious before committing to any new developments in the City of Johannesburg as the proposed development charges will have significant negative consequences on their investments”.