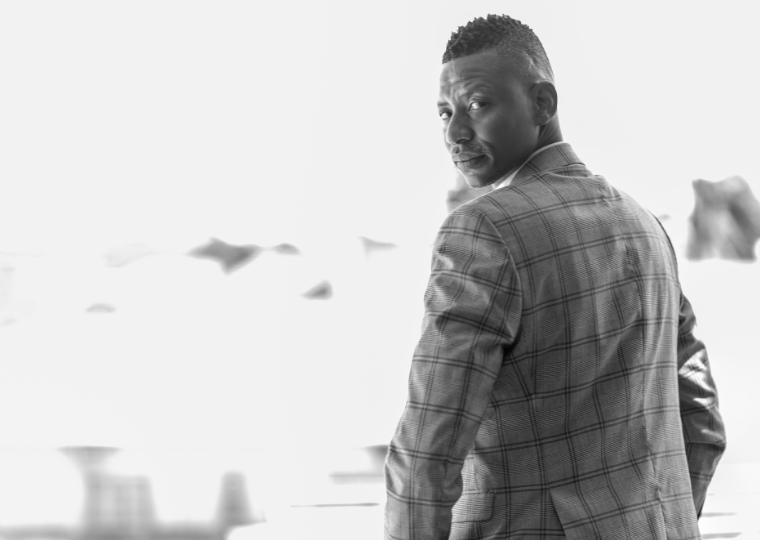 Lazola Nyerere Kubukeli has experienced hardship, like many other South Africans. After resurfacing from repossession at a young age, he realised that he needed to create a path of sustainability.

A qualified Quantity Surveyor turned property developer and investor, Lazola grew up in Mthatha in the Eastern Cape where throughout his childhood, his late grandfather preached about property investment and its invaluableness.

After getting his finances in order, he purchased his first property in Witbank, Mpumalanga in 2010 – and he has never looked back.

Grace Villas in East London, named after his late grandmother, Grace Gxaweni, originally housed nine apartments and Lazola and his professional team from JKN Development Consultants are currently converting the building into 30 apartments, a mixture of studio, one-bedroom and two-bedroom units (pictured below).

“One thing that I have learnt throughout the years, that I continue to carry with me, is that teamwork makes a successful development, you need to have a good team while giving it your best shot”, he tells Property Wheel.

“It is through God’s grace, the discipline instilled by my parents, inspiration from my late grandfather Crosfield Zikode Kubukeli, my late mentor, Marc Wainer (founder and former CEO of Redefine Properties) and my current mentor, Henry Chitsulo, whom I met in 2018 via SAPOA’s Property Development Course that I am where I am today”.

800m away from Grace Villas, C.Z KUBS, which has been in operation for just over a year, is a four-storey mixed-use building named after his grandfather and it tells an interesting story during the height of Covid-19.

After viewing a building and involving his design team with preliminary layouts, he signed an offer to purchase which was verbally accepted by the estate agent and owner. However, a week later, when following up on the signed offer, he was informed by the conveyancers that the property had been sold. Six months down the line, while viewing a second property, he saw the upper floors of the building he originally made an offer on and was he was advised that the building was for sale – he signed the offer immediately which was accepted contractually the second time around. The once neglected building in Oxford Street, which originally housed 3 shops on the ground floor and 15 apartments through floors 1 to 3, debuted in his portfolio in late March 2020 as his first commercial property.

With the help from his funder, TUHF, Lazola and his team densified the building into 46 apartments and 7 shops on the ground floor (pictured below).

“When the building was transferred into my name, it also happened to be the day of the first national lockdown. While I was fortunate to have the property in my name before the Deeds Office closed, I had already started working on the building and I was paying occupational rent”, he says.

“Luckily, TUHF was understanding, and they came to my rescue during the delays caused by the lockdown. They have helped me along my journey, and I remain a client of theirs”.

Aspiring property investors and developers need to educate themselves in the space they operate because not everything boils down to pure luck.

“I found incredible value in SAPOA’s Property Development Programme. From purchasing property in my personal capacity, I wanted to enter the commercial property space. After completing the course in 2018, I started with my first commercial asset, and I am now developing my second one which should be completed by the end of April 2022. Within a year of doing the course, I was confident enough to go down the commercial real estate investment route”.

“You need to minimize your expenses and maximize your income. Do not take drastic decisions, you need to make calculated moves which are based on figures, especially with property. If one development goes wrong, it could spoil your entire portfolio”.

“Be patient. If you make the right decisions, your portfolio will end up working for you. You need to take care of the cents before they make the Rands”.