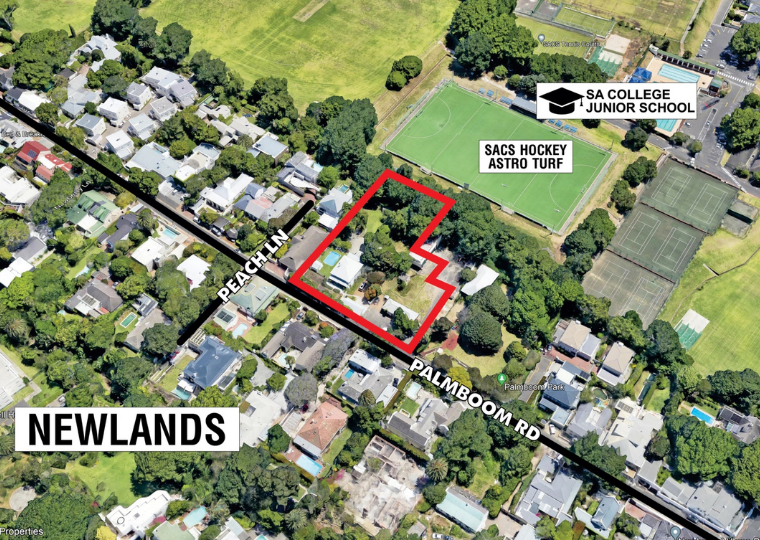 A four-bedroom heritage home on a 1 690m2 stand in Newlands, Cape Town, is one of 3 houses and 15 vacant erfs going under the hammer in the City of Cape Town’s first virtual and live property auction for 2022.

High Street Auctions will be selling the properties at two live sale venues in Cape Town and Johannesburg on the 10th of February 2022.

According to Joff van Reenen, Director and Lead Auctioneer at High Street Auctions, the two houses in Strand and one in Newlands are among the non-core property assets the municipality is offering on auction.

“The remainder of the properties are all vacant land spread across the city and comprise of a selection that will be of interest to business, industry, community organisations, and residents or semigrants looking to buy land on which to build their homes”, he says.

The residential stands on auction range in size and affordability from 251m2 in Beacon Valley, Mitchells Plain, to 3 758m2 in Eastridge, while stands of 725m2 are available in Claremont and others at around 860m2 are for sale in Durbanville.

Industrial stands are available in Atlantis and general business zoned sites are on auction in Blue Downs but in terms of developer interest, Van Reenen says the greatest number of queries so far have been on the massive mixed-use development site in Lancaster Road, Rocklands.

“The 13 566m2 site is next to the Rocklands Civic Centre and the Shoprite development, diagonally across from the Spine View Primary School. The current zoning is Mixed Use 1, which offers a lot of scope in a busy residential and commercial area”.

There have also been dozens of enquiries for the three houses: “the majority are directed at the Newlands house, not least of all because the erf size is massive for the area – a staggering 1 690m2”.

“The property itself is also exceptional; an architecturally-designed Victorian four-bedroom villa boasting hardwood floors and windows, with rose trellises climbing up the exterior walls and a large swimming pool located in the well-maintained garden. It is a designated heritage structure, which would affect future planning permission for property development and any improvements and/or alterations would need to be approved by the relevant authorities”, he notes.

The house is situated in Palmboom Road, directly next door to SACS Junior School.