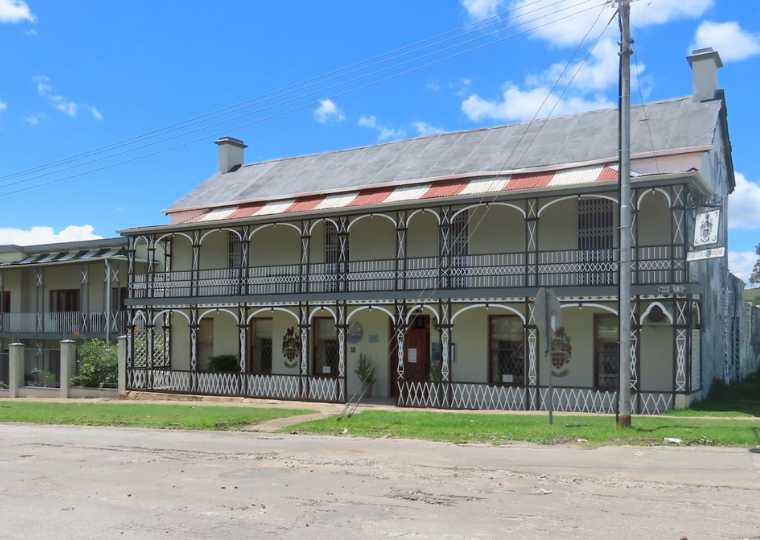 The Cock House and Restaurant in Grahamstown.

One of Grahamstown’s most famous landmarks, The Cock House and Restaurant, is up for sale as a going concern via Broll Auctions at 12:00pm on the 16th of February 2022 at The Wanderers Club in Johannesburg.

Its rich history dates to 1826, when the original plot was granted to Benjamin Norden, a merchant and pioneer from London. The plot “with the premises thereon” was sold to Dr John Atherstone, one of the city’s first medical practitioners, in 1835 for £850.

In later years, the Hon William Cock, after whom the property is named, lived in the house towards the end of his life in 1876. At the turn of the century, the Webber family took residence, and it was renamed Adelphi House for some 40 years. John Henry Webber, Mayor of Grahamstown in the early 1900s, transformed the front of the house with the addition of its beautiful Burmese teak and trellis veranda.

Between 1971 and 1981, renowned South African author Andre Brink lived in the house, responsible for much of the initial restoration work. He wrote four of his books, including “A Dry White Season” and “Rumours of Rain” in the house.

The property was transformed into a guesthouse in 1981 by its next owners, Peter, and Belinda Tudge, who had the vision of creating a home away from home atmosphere, with great cuisine.

Today known for its country guesthouse fare, Norden’s Restaurant is one of the city’s oldest fine dining establishments, offering hearty soups and dishes like lamb shank.

In 2005, Cock House was bought by businessman Richard Anker-Simmons who has made several expansions and structural improvements in the ensuing years.

Famous guests over the years include Nelson Mandela and Nobel Laureate Seamus Heaney.

The property will be sold fully furnished and as a “going concern” should the purchaser elect to continue running the business.