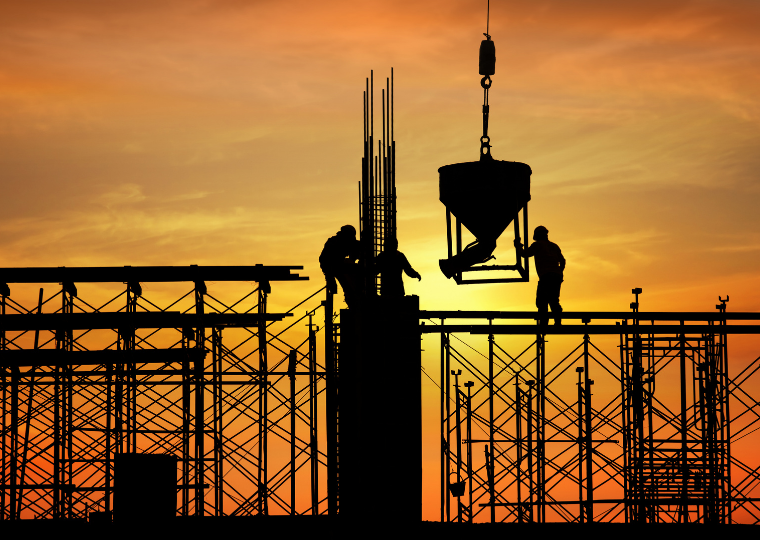 Construction activity staged a swift recovery from the pandemic-induced slump that occurred during 2020’s Q2, increasing by 60% in Q3, according to the Afrimat Construction Index (ACI), complied by economist Dr Roelof Botha.Continued efforts to rebuild following the July unrest could aid pre-pandemic recovery for the construction sector

While progress has been muted with a year-on-year improvement of 4.5%, the index has managed to record a quarter-on-quarter rate increase of 2.8% when several sectors of the economy were under severe pressure due to the civil unrest.

Another encouraging feature of the latest ACI is that these factors have outperformed most others, including the economy. According to StatsSA, South Africa’s GDP marginally shrank by 0.3% during Q3 when compared to Q2. A full recovery from the effects of Covid-19 will probably only be realised in 2022, with the current value of the ACI (108.9 index points) still more than 5% shy of the value recorded in 2019’s Q3.

According to Dr Botha, on-going efforts to rebuild the facilities that were damaged during the July unrest should continue to boost construction-related activity during Q4, which combined with the absence of strict lockdown regulations during these three months, could witness further recovery in the ACI to very close to its pre-pandemic level.

“Construction-related activity is inherently labour intensive and, hopefully, government will not react too harshly to the fourth wave of Covid-19 infections, which does not seem to be as severe as the previous wave in terms of the rate of hospitalisations,” notes Dr Botha.

“One point of concern is the decision by the South African Reserve Bank to raise interest rates at a time when there is clearly an absence of excessive demand in the economy and when unemployment keeps rising. Private sector credit extension also remains on a downward trajectory, which makes the Reserve Bank’s return to more stringent monetary policy quite strange”.

“Fortunately, however, the prime overdraft rate at 7.25% is still low by historical standards, which should not deter the construction sector to continue on a growth path during 2022.”

He further points out that only three of the nine constituent indicators that comprise the ACI recorded negative outcomes in the third quarter compared to the second quarter. “The year-on-year performance was even more impressive, with eight of the nine indicators recording positive growth rates.”

An interesting feature of the latest building statistics is the increase in the share of alterations and additions, which averaged 15% in 2019 but increased to more than 20% during 2021, with a new quarterly record high of almost 29% during Q3 2021.

According to property market experts, this phenomenon may become permanent, due to the occurrence of ‘semigration’, a term used to describe the migration of South Africans to smaller towns. Houses in these areas are seldom suited for people used to a fast-moving urban environment and usually require substantial renovation, especially in creating a de facto home office.

Botha is confident that the current momentum of recovery in construction can be taken forward into 2022. “Further recovery of the construction sector is on the cards for next year,” he says, basing this optimism on the presence of a number of growth drivers, including the following:

Dr Botha also points out that several companies in the construction and materials sector of the JSE continue to record impressive financial results. This JSE sector has outperformed the JSE all share index (Alsi) by a considerable margin during 2021, recording an increase in market capitalisation of 57% between early January and early December. By comparison, the JSE Alsi improved by 12%, albeit from a much higher base.

Afrimat’s CEO, Andries van Heerden, remains positive and steadfast in the diversification initiatives undertaken by Afrimat to ensure the business can operate at the highs and lows not only of the South African economy, but also of cyclical commodities too.

“Our most recent results show a correlation to the results of this index with our Construction Materials and Industrial Minerals segments returning closer to pre-Covid-19 volumes and margin levels. However, we do remain cautiously optimistic that additional momentum will come to the fore during the course of 2022, driven by the much-anticipated infrastructure projects.”

Van Heerden indicates that post the results announcement a little more activity is being picked up in the Construction Materials businesses, “but it still have some way to go”, he concludes.

Note: Index value comparison with previous editions need to take cognizance of the re-basing of South Africa’s GDP by Statistics South Africa, which has affected the historical values.