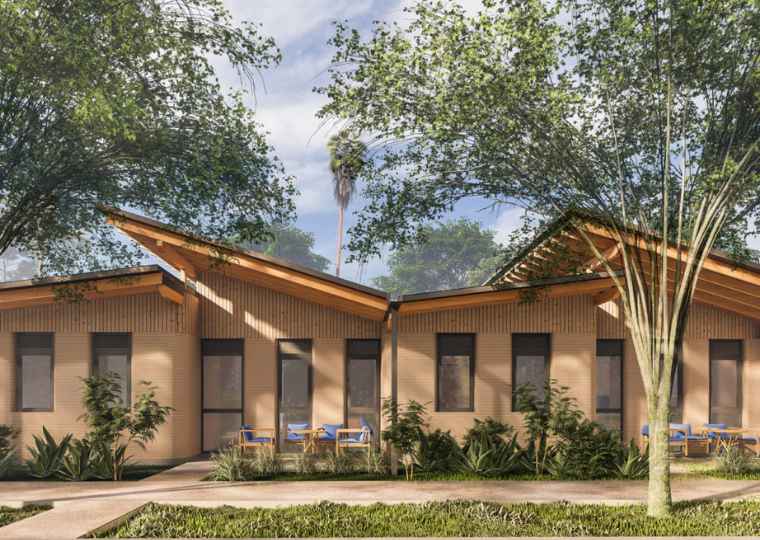 The 52-house Mvule Gardens project, located in Kilifi, north of Mombasa, will be developed by 14Trees in partnership with Holcim and CDC Group, the UK’s development finance institution.

“We are excited to be building one of the world’s largest 3D-printed affordable housing projects in Kenya. With today’s rapid urbanization, over three billion people are expected to need affordable housing by 2030. This issue is most acute in Africa, with countries like Kenya already facing an estimated shortage of two million houses. By deploying 3D-printing, we can address this infrastructure gap at scale to increase living standards for all”, commented Jan Jenisch, CEO of Holcim.

The new complex in Kenya underscores 14Trees’ forward plan to support Africa’s innovation in construction and further develop 3D-printing technology across the continent and the project was made possible by Holcim’s proprietary ink, TectorPrint, giving the walls structural function to bear the load of the building. This new technique reduces the environmental footprint by more than 50% compared to traditional processes, lowering CO2 emissions typical to standard methods of cement production.

14Trees identifies natural fibre components to strengthen best practices in 3D-printing for construction in Africa, creating locally based skills in sustainability and 3D technology operations among other areas.

The new community will be part of the Green Heart of Kenya regenerative ecosystem, a Kenyan model for inclusive and climate-resilient cities. The project is testament to 14Trees’ high regard for sustainability and it won the IFC-EDGE advanced sustainable design certification, recognising resource-efficient and zero-carbon buildings.

In addition, the purpose-built design by the Unites States – Africa based architectural practice, MASS Design Group, seeks to provide modern and replicable housing units adapted to the needs of underserved communities among lower-income households.

The innovation is a valuable, rapid, and economical solution to the housing deficit in Sub-Saharan Africa, which is estimated at 50 million units.

“14 Trees is pioneering the use of leading-edge technology to address one of Africa’s most pressing development needs – affordable housing – to create life-changing infrastructure for whole communities”, said Tenbite Ermias, Head of Africa and Africa MD, CDC Group.

14Trees will start construction of Mvule Gardens during the first quarter of 2022.