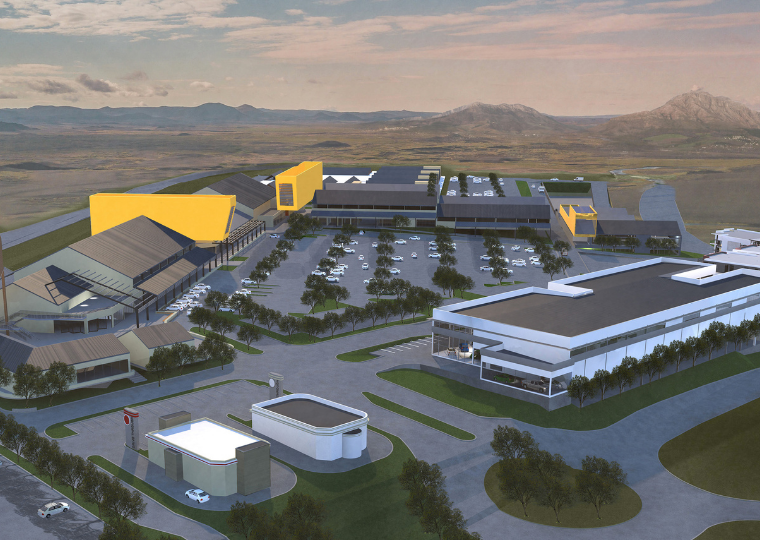 Devmark Property Group has launched De Zwartland Werf, a R650 million mixed-use development that lies on the northern boundary of Malmesbury in the Western Cape.

According to Hein Ehlers, Group CEO, it will be the first mixed-use development and one of the single biggest investments made in the Swartland area.

“The construction and operational phase of the project will both result in capital injections that would lead to increased economic activity, best measured in terms of impacts on employment and associated incomes, focusing on the local area and region”, he says.

Given its size and the capital investment, the completion of the development has the potential to have a significant impact on commercial activity, not only in Malmesbury but also in the immediate catchment area during construction.

“These benefits would accrue mainly to construction businesses and associated artisans. The wholesale and retail trade, as well as construction material sectors, would also stand to gain due to indirect linkages”.

There are numerous established companies in Malmesbury that service the construction sector with the latest upgrade of the N7 which has led to some growth in construction-servicing businesses in recent years.

“It stands to reason that a substantial part of the construction expenditure would be retained locally, indicating a large economic multiplier. The local service industry would also benefit from the proposed project. Potential opportunities would be linked to accommodation, catering, cleaning, transport, and security, associated with the construction activities on site. Experience from other construction projects indicate that the potential opportunities are not limited to on-site construction workers but also consultants and product representatives associated with the project”, he explains.

“The continuous generation of new jobs is imperative.  We estimate that construction of the hospital should generate between 250 and 470 jobs over a six-month period and between 180 and 300 jobs over 12 months. Construction of the shopping mall will create approximately 900 temporary jobs of varying durations over a one to two-year period. In conservative terms, the project should generate over 1 000 person years of employment, a simple way of collating jobs of varying durations into a common unit, which provides the equivalent number of jobs over a one-year period. We foresee that 650 permanent jobs will be created once the development is completed”.

“Retail spend in Malmesbury and the immediate catchment area totals approximately R2.4 billion per annum. De Zwartland Werf, and specifically the retail centre, will create an opportunity for people in Malmesbury and the greater Swartland district to enjoy their shopping in a modern and safe environment with 61 retail stores. Mixed-use developments encourage high quality design and promote a village style mix of retail, restaurants, offices, medical and residential. It’s also pedestrian friendly, more secure, promotes efficient land use and conserves energy,” he adds.

Numerous national corporate tenants, including Checkers, Clicks and Toyota, have been secured.

The development will offer sustainable water and energy conservation. “Toyota will reuse all grey water used in car washing and other grey water uses, the retail centre and hospital will have back-up water storage, water-efficient WCs will be used throughout, and landscaping will be water wise. The development will also boast minimised embodied energy, passive ventilation, Photo Voltaic panels for solar generation, energy efficient lighting, as well as the recycling of glass, paper, metal, and motor oil”.

He explains that the property market has been adversely affected by the pandemic and by local government, which has become dysfunctional in many parts of South Africa.  “Our strategy is to only develop and invest in property in the Western Cape. We carefully select the areas that we’d like to invest in and focus on towns that are well run, as it will lead to enhanced property values in the long run. This is exactly why we’ve focused on Malmesbury. It’s consistently rated as one of the best managed municipalities in South Africa”.

Civil services at De Zwartland Werf will commence in February 2022 and the construction of the retail centre and the hospital in August 2022, followed by the Toyota Dealership starting in January 2023 for completion in September 2023.