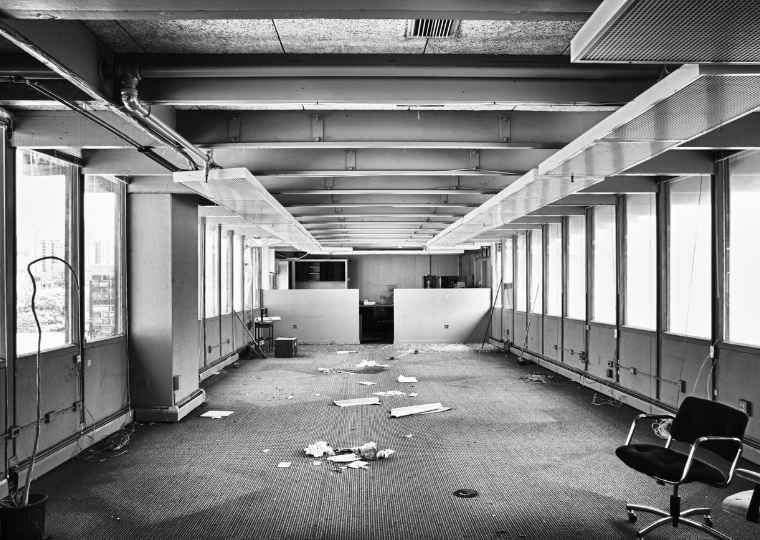 During 2020’s Q3, commercial tenant rental payment recovery stalled, with a slight decline in the percentage of tenants in good standing, according to TPN Credit Bureau’s Q3 2021 Commercial Rental Monitor (with guest contributor, FNB Economist, John Loos). This comes on the back of four prior quarters of strong recovery out of 2020’s hard lockdowns and deep recession.

The retail sector’s tenant population has been impacted the most severely throughout the lockdown period and remains the weakest performer.

The Western Cape maintained its superior tenant performance relative to Gauteng and KwaZulu-Natal continuing to show the weakest performance of all three regions.

During Q3 2021, the commercial property tenant population’s recovery process, that commenced during Q3 2020 following the end of hard lockdowns, stuttered.

Of the tenants that are not in good standing, a sizeable portion did make partial payments i.e., 22.36% of total tenants, while a lesser 10.96% did not pay at all. The partial payments percentage in Q3 represents a slight decline from the 22.53% of the previous quarter.

After four consecutive quarters of growth in real GDP following the Q2 2020 ‘hard lockdown dip’, the Q3 2021 saw a quarter-on-quarter decline in seasonally adjusted GDP to the tune of -1.5%. This quarterly decline had much to do with a sharp drop in Agriculture GDP, a sector that fared well through the 2020 recession, but a big -5.5% drop in retail and wholesale trade. Catering and accommodation may also be reflecting the retail-related unrest and looting impact in Gauteng and KwaZulu-Natal in that quarter, as well as some impact of the third Covid-19 wave in tourism and accommodation.

This renewed decline in Q3 GDP may explain the mild drop in commercial tenants in good standing, in the same quarter, after both variables had previously been showing steady recovery out of last year’s hard lockdowns.

The fact that there has only been a ‘partial’ recovery in the economy to date, since the end of hard lockdown (meaning that GDP is still noticeably lower than pre-lockdown levels), appears to also explain why the tenants in good standing percentage remains significantly below 2019 pre-lockdown levels. Ongoing financial pressure in the economy is likely also reflected in weak business confidence too.

The RMB-BER Business Confidence Index rose from a very weak 5 reading in the Q2 2020 (scale of 0 to 100) to 50 by the Q2 2021, but it has since receded to a level of 43 in the latter half of 2021. Key economic indicators point to the post-lockdown economic recovery having stalled, and the economy and business conditions and confidence even weakening in Q3 2021.

Looking ahead, 2022 may not see further meaningful improvement in tenant performance in the near term either. The market will now have to contend with gradually rising interest rates, the first rate hike in the cycle having taken place in November 2021 in response by the SARB to elevated consumer inflation now at around 5%. This not only lifts the cost of debt repayment for many businesses, but also likely keeps economic growth and the business environment constrained.

Quarterly GVA (Gross Value Added) data, along with relevant employment data, suggests that tenant performance should still be weaker than pre-lockdown levels, and indeed this seems to be the case.

The manufacturing sector, and economy-wide inventory levels, are key economic drivers of demand for industrial space, along with financial performance of industrial tenants.

The Q3 seasonally-adjusted Real GVA (Gross Value Added) for the manufacturing sector declined from the previous quarter, and despite a significant recovery following the 2020 hard lockdown remains -11.1% down on the multi-year high of the final quarter of 2018.

Along with this, the drop in economy-wide inventory levels have been dropping sharply and almost constantly since late-2019.

The part of the economy related to the retail property class appears similarly weak. Despite a significant recovery in the ‘Retail and Wholesale Trade, Catering and Accommodation’ sector since 2020 hard lockdown, this sector’s GVA remains -10.2% down on the end-2018 high.

And finally there’s the office market-related economic fundamentals, the most significant being the employment trends in the sector that is a major driver of office space demand and performance, namely the ‘Finance, Real Estate and Business Services’ sector (FREBS).

For four consecutive quarters up until Q1 2021, this sector’s employment number was dropping by year-on-year rates in excess of -7%. Only in the Q2 of 2021 did this rate begin to stabilise near to zero, but that prior drop in employment reflects a major financial impact on this heavily office-bound sector, and would in all likelihood mean that the office tenant population has experienced a significant economic and financial knock.

Therefore, it is not surprising to see that the major property classes’ tenants have battled to make any further progress in improving their rental payment performance, and 2 out of 3 remain below pre-lockdown levels of good standing with landlords.

The industrial sector, however, recorded 70% of tenants in good standing, which is back at the pre-lockdown level of 70% in February 2020. This may be partly the result of this sector’s rentals being the most affordable of the 3 property classes, while also perhaps benefiting from the structural change towards greater online retail.

So, while manufacturing is weak and economy-wide inventories low, the shift towards greater online retail at the partial expense of in store retail may have been the boost for industrial property demand, and for some tenants’ performance. Although its tenant performance is not strong, it is back to its pre-Covid-19 levels unlike the other two sectors.

The Western Cape remains the province with the highest percentage of commercial tenants in good standing, to the tune of 75.75%, but this was slightly lower than the province’s prior quarter at 76.27%.

Since the commercial tenant data history started in 2010, the Western Cape has had the highest percentage of tenants in good standing of the big three provinces for most of the time, reflecting well on its longer term relative economic strength as far as South African economic regions go.

Over the past two decades or so, the Western Cape has built itself a reputation as a well managed province with a combination of good lifestyle and major economic opportunity, attracting skilled and affluent ‘semigrants’ in large numbers from elsewhere in the country while also retaining skills better than most. Its services-dominated and skills dependent economy appears to have benefited from this, making it increasingly resilient, and enabling it to weather economic ‘storms’ such as its major drought a few years ago, and now Covid-19, perhaps better than many others.

Gauteng, with 64.91% of tenants in good standing, as at the Q3 2021, was noticeably lower than the Western Cape, as well as experiencing a weaker tenant performance than KwaZulu-Natal’s 65.88%, although all three provinces have seen noticeable improvement since the Q2 2020 hard lockdown low.

These three relative regional tenant performances appear to be a replication of the relative performances during the last crisis period, the aftermath of the 2008/9 Global Financial Crisis (GFC) recession, where Gauteng was the weakest performer by a noticeable margin too.

It has previously been of the opinion that smaller tenants in the lower rental/month value bands may be the most vulnerable on average to a deep recession. The segmentation of the data in this way, however, only began in 2012, so it is not possible to properly assess the relative performances of the segments’ tenants back in the 2008/9 GFC recession and immediately thereafter.

From 2012 to 2016, the lowest rental segment, i.e., the less than R10,000 per month segment was the weakest performer, while the highest R50,000+ per month segment was by a small margin the top performer over much of that period. It was suspected that the relative order of segment performances was a legacy from the impact of the GFC a few years prior, and that it was likely that the lowest rental/month segment, which would house on average the smallest sized businesses, would be the most vulnerable to recession, and suffer weakness for quite some time thereafter as a result.

Through the Covid-19 recessionary period, the ‘winners and losers’ by size category were not initially that clear. But more recently, it would appear that the lowest segment has become the underperformer, battling the most to claw its way back to better performance following last year’s hard lockdown.

All four segments saw severe drops in the tenants in good standing percentages in the Q2 2020, and all have only ‘partially recovered’, i.e., they are not yet back to pre-lockdown levels of performance.

In Q3 2021, the TPN commercial tenant payment performance data showed a slight weakening from the Q2, after prior noticeable improvement coming out of last year’s hard lockdowns and deep recession.

The slight weakening appears to be reflecting the economy’s direction, with Real GDP in the Q3 having declined after four prior quarters of positive growth.

Improvement in both the economy and tenant performance from current levels will likely be hard to achieve in 2022, with the start of an interest rate hiking cycle expected to pressure the economy mildly.

Both GDP and the tenants in good standing percentage have so far failed to get back to the pre-lockdown performance levels of 2019.

The office market remains the most troubled

While the office property market still shows the best tenant payment performance of the three major commercial property sectors as at Q3 2021, that is not to say that significant financial constraints on this sector do not exist.

However, it appears likely that a portion of the financial pressure in the office sector is to be seen in tenants downscaling on their office space needs, translating into an ongoing rising vacancy rate.

Businesses occupying office space can take greater advantage of the work from home shift, following the impact of lockdowns which forced much of the services sector into a highly successful remote work ‘experiment’.

As always, a part of tenant financial pressure is reflected in the percentage of tenants in good standing, and a part of it in vacancy rate trends – the most sharply rising vacancy rate being in the office market suggesting that the tenant population in that sector may not be financially the strongest.