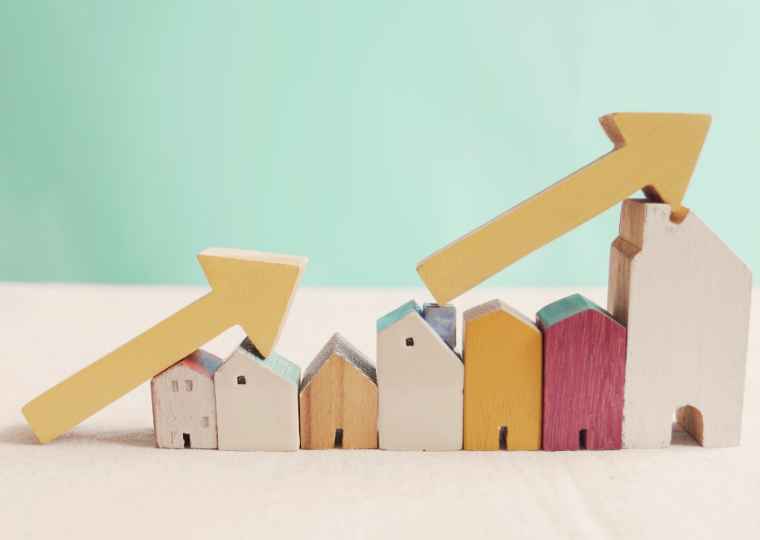 2022 is the year in which we expect the longer run property market correction to ‘normalise’.

By ‘normalise’, FNB Commercial Property Finance Economist, John Loos, means a situation where all out decline in average capital values across the commercial property sector ends and where we revert to a situation of very low growth in capital values, but insufficient enough to keep up with general inflation in the economy.

“This would translate into ongoing correction in capital values in ‘real terms’, the way in which property markets often slowly correct over long periods”.

Loos believes that, after a period of significant decline in average commercial property valuations, to the tune of -9.5% from H2 of 2018 to H1 of 2021, according to MSCI half-yearly data released, we will likely move back into low positive growth territory in the All Property Average Capital Value in 2022. He further points to H1 2021 data seeing a second consecutive semester of a diminishing rate of average property value decline after significant declines in 2020.

So, when did the broad multi-year property market value correction start and how far are we into it?

Loos pins 2016 as the year in which the correction started, in what he says is a lagged response to broadly stagnating economic growth since 2012. While actual (nominal) valuations were not yet declining significantly until much later, “9 out of 11 semesters from 2016 onward have shown real (GDP inflation-adjusted) declines in average values when compared with the preceding semester so, while actual valuations have dropped far less, in real terms (the proper way to assess correction), the cumulative decline in the MSCI All Property Average Capital Value has been a significant -29% from H1 2016 to H1 2021”.

He believes that while actual values will stop their decline in 2022, the ongoing gradual correction will continue through the FNB three-year forecast horizon in real terms.

Will actual value decline come to an end in the short-term? “It is all about the expected path of the economy. After a severe real GDP contraction to the tune of -6.4% in 2020, a subsequent recovery in growth in 2021 and beyond improves demand for commercial property, just curbing oversupply somewhat, which I expect to end value decline in 2022”.

However, economic growth recovery does not appear sufficient enough to bring about real inflation-adjusted value growth. This expectation, he bases on FNB’s GDP forecast that, although recovering, is only expected to reach a 2019 level (not growth, actual level of economy-wide output) in 2022.

“Given that 2019 was a year in which the rising All Property vacancy rate trend continued to rise, I do not see the rising vacancy rate, almost in double digits, being turned downward just yet, and I would thus expect market rentals and real operating incomes on property to remain under pressure. I would also expect the correction to continue more gradually in 2022, with real value correction continuing but no longer all out nominal decline” This, Loos says, is what he means when he refers to the expected ‘normalisation of the correction’ in 2022, with gradual real value decline being less of a concern to mortgage lenders than all out decline in the actual value of the security behind the loan.

FNB forecasts real GDP growth to slow to its pre-Covid-19 pedestrian rates following the 2021 post-lockdown surge. After an expected 4.7% growth in 2021, the result of an extremely low lockdown base created in the deep recession of 2020, 2022 is expected to see growth taper once more to 2.2%, and then further slowing to below 2% in the years thereafter.

The reason behind the slow projected growth after the initial post-lockdown spike is South Africa’s well-documented myriad of structural constraints, severe capacity limits in the broader public sector and its parastatals, ageing infrastructure and ongoing capital expenditure weakness in that sector, being but two broad weaknesses to mention. The recent erratic electricity supply, and another severe hike in electricity tariffs being requested, is but one visible critical constraint on growth in the economy.

And now, as SARB starts its interest rate hiking cycle, interest rates become a further mild dampener on demand in what is a highly credit-dependent market.

This long-term stagnant growth in turn is Loos’ reasoning for ongoing valuations correction in real terms. He believes that SARB will ‘go easy’ on South Africans with interest rate hiking, mindful of how fragile the economy is. FNB only expects two 25 basis point interest rate hikes in 2022 following the recent hike in the current cycle.

This, Loos believes, will sustain the upward pressure on property capitalisation rates in 2022.

Industrial is in the ‘relative pound seats’, while office and hospitality to remain underperformers

When examining the major individual property classes, Loos believes that the office and hospitality property sectors will remain underperformers, and we could still see some further nominal value decline. In contrast, he believes that the return in the All Property Average Capital Value to low positive nominal growth will be driven by the ‘outperforming’ industrial property sector and to a lesser extent by retail property with these latter two classes expected to see low positive nominal capital growth.

He questions possible over-optimism for the future of industrial property by some, given that economy-wide inventory levels remain low, and manufacturing is still mediocre at best but, industrial property is the most affordable property class and arguably the most adaptable, while also benefiting from a gearing up of the logistics sector’s greater levels of online retail. This sector has quite a bit going for it.

At the weak end, hotel revenue and occupancy rates remain far below pre-Covid-19 levels, and while foreign tourists will filter back in larger numbers in 2022, this won’t yet be at the pre-lockdown levels. He also believes that a large part of daily business interaction has been permanently ‘Zoomified’, and a portion of corporate business travel will not be coming back. The hospitality property sector is expected to lag all three major commercial property sectors on recovery.

And then there is the struggling office market which is expected to see its national average vacancy rate continue to climb in 2022, as many companies revise their office space needs even further. Loos believes that the remote work surge is a key dampener on demand for office space.

“As lockdowns ease and economic activity normalises, many have gone back to their offices. But I believe the level of office working won’t go back to the same levels as before the lockdowns, and as technology continues to improve, so the multi-decade trend towards greater remote work levels will continue”.

But we also often overlook two other sources of pressure on demand for office space: the normal recession effect, which caused a major drop in employment numbers in the office-bound sectors.

“In addition,”, Loos says, “the trend towards improved utilisation of desk space seems to have picked up speed, with ‘hotelling’ of desk space being the buzz. Hotelling refers to a desk booking system, something FNB has recently implemented, meaning that employees either book a desk for a day or they do not have one. Gone are the days when every employee had a desk reserved for themselves, meaning a large portion of desks standing empty much of the time. This sharing of desk space will further reduce the need in the coming years for office space.”

On major regions’ property market performance, Loos believes that the Western Cape could be the outperformer in the near term.

He bases this on the belief that the province’s ability to attract ‘semi-grant skills and purchasing power’, crucial for economic growth, has recently been enhanced.

“The Western Cape has been the most popular semigration destination for many years now, due to the perception of the province as having a great lifestyle coupled with significant economic opportunity. It has also been seen to be a region where provincial and local government is relatively well-run”.

And as time has passed, communication and information technology has enabled businesses and individuals to be more removed from the major economic hub of Gauteng.

Now, more recently, the unrest and looting in KwaZulu-Natal and Gauteng may have enhanced the appeal of living and doing business in the Western Cape, he believes.

In addition, the City of Cape Town is the only one of the major six metros that has emerged from the recent local government elections with its ruling party having a clear majority, and free of the uncertainty of coalition politics.

The residential rental market to turn for the better

Finally, Loos expects that the residential rental market will come in stronger in 2022.

This market has been under severe pressure recently, partly due to the negative impact on tenant finances and payment performance that the 2020 recession had, but also due to early-2020 interest rate cuts spurring many aspirant first-timebuyers to move to the home ownership market.

He believes that this left a gap in the rental market too. Now, the onset of rising interest rates is likely to do the opposite, causing a portion of aspirant buyers to put buying on hold and to rent instead.

In addition, tenant performance in the residential market continues to improve since the hard lockdowns in 2020 and he concludes that prospects look brighter for this market as we head in 2022.