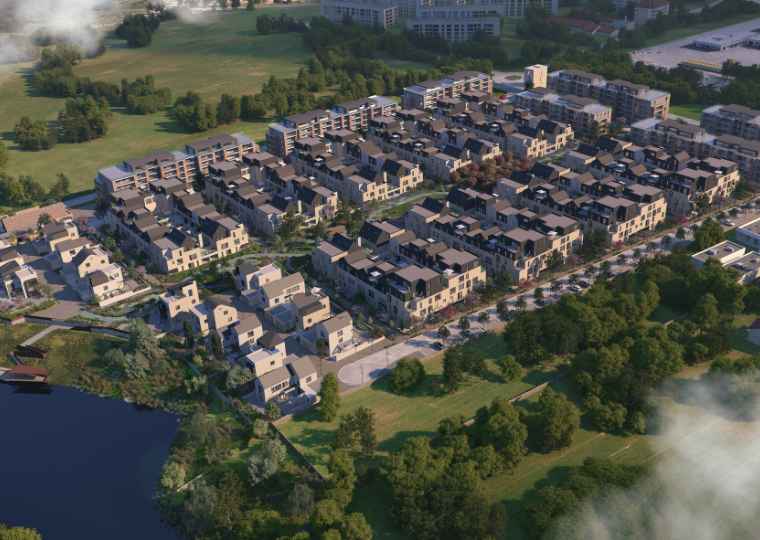 The high-quality developments, located in high consumption and growth locations with high population densities, boast 379 500m2 of gross sellable area, offering a total of 4 446 residential units in five large projects to be completed by December 2021. Four of the five developments are urban regeneration projects located on former industrial platforms.

Globally, residential property has been affected and impacted by Covid-19. People have been forced to spend more time at home, placing greater importance on the size of their homes, the configuration, aesthetic, and their amenities. Many have realised that their space needs have changed to incorporate working from home, home schooling, and leisure activities.

There is a strong demand for residential property in Romania due to high consumption growth leading to consumers looking to move away from the communist-era concrete apartments to modern buildings which offer an array of lifestyle amenities and quality finishes at affordable prices.

Romanian income per capita is double that of South Africa, although the gap between rich and poor is not as extreme, and there is a clear move towards property ownership (above 95%) rather than rentals.

Close to 90% of housing stock in Bucharest was built before 1990 – among the highest ratios in Central Eastern Europe (CEE). The country has witnessed a strong growth of disposable income over the past decade with less than 10% of Romanian homeowners having mortgage debt.

MAS currently has five residential developments in its portfolio; the 36 100m2 Marmura Residence in Bucharest with 459 units expected for completion towards the end of 2021; the 93 300m2 Avalon Estate, also in Bucharest, offering 746 units; Silk District, a large 10-hectare mixed-use, urban renewal development which is set to include a A-grade office component with high-quality apartments; and the Elba residential project in Timisoara, one of the three largest cities outside of Bucharest, which will consist of more than 1 200 high-quality apartments in low and high-rise buildings with 18 000m2 of green space.  MAS’ fifth development comprises of approximately 500 apartments in the city of Ploiesti, with direct access to the 21 900m2 Prahova Value Centre which is scheduled for completion by November 2021.

“MAS and Prime Kapital are building a recognisable, aspirational, and accessible brand in the residential space” comments MAS CEO, Martin Slabbert. “Our mandate is to move away from the normal offering and to build communities where residents have access to a number of value-adding amenities such as day-care, retail, and green spaces, yet in the same price bracket as traditional apartment blocks”.