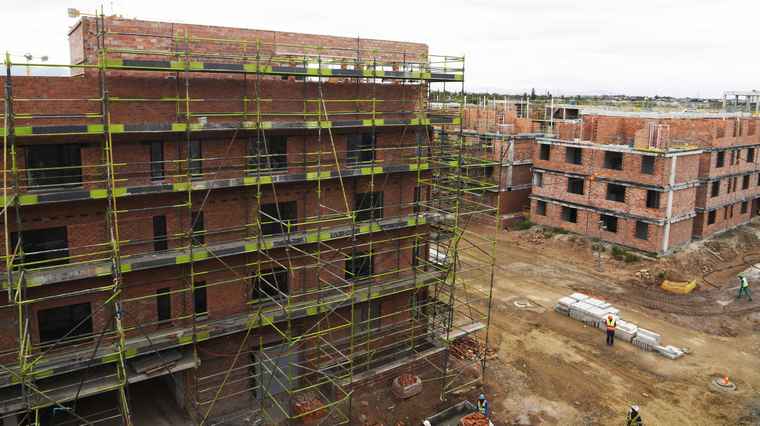 The first phase of the social housing blocks, comprising of 432 units, have been earmarked for tenancy from December 2021 with the second phase, comprising of 659 units, scheduled to commence construction from March 2022.

In total, the development consists of 3 600 residential units which includes social and affordable market units with schools, a retail centre, and retail shops on the ground-floor of several of the social housing blocks.

At a recent site visit, the City’s Mayoral Committee Member for Human Settlements, Councillor Malusi Booi, said that the R3 billion projects sums up the City’s vision for Cape Town of an inclusive space to create well located, mixed income, and mixed-use developments that “shatter the spatial walls created by the apartheid government”.

The City believes that this development could also be a blueprint for well-located affordable housing in South Africa’s cities which is critical.

“This project is quite phenomenal. We started construction eighteen months ago and we have gone from strength to strength. What has been quite amazing has been the interest in the FLISP units especially and we have all but sold all those units” commented Mark Schonrock from Concor.

“We are looking whether it would be feasible to expand the FLISP-related units due to the popularity. We have seen the most interest in the age group below 35 years old. We are very proud to be working with partners such as the City and the Western Cape Government and we hope to continue to contribute positively to the housing mix in Cape Town”.

“Being involved in driving the social housing development aspects of this project, comprising some 1 291 units ultimately, is such a privilege because as a company we are helping change lives and create opportunities. We will be incredibly proud come December 2021 when the first tenants take occupation of their units in time for their first Christmas in Conradie Park” said Andrew Wiseman, Managing Director, Own Haven Housing Association.

“Enabling well-located mixed-use projects with such a strong focus on partnerships is absolutely essential if we are to work on eradicating the shortage of affordable housing in South Africa. We need new ways of delivery at scale, with innovation and partnership. This mega project contains South Africa’s first vertical FLISP development and we hope to enable more projects like these across the metro and the Western Cape. We remain committed to accelerating human settlement delivery, while promoting social inclusion through the development of integrated, resilient, safe and sustainable human settlements in an open opportunity society” concluded the Western Cape Government’s Minister for Human Settlements, Minister Tertius Simmers.