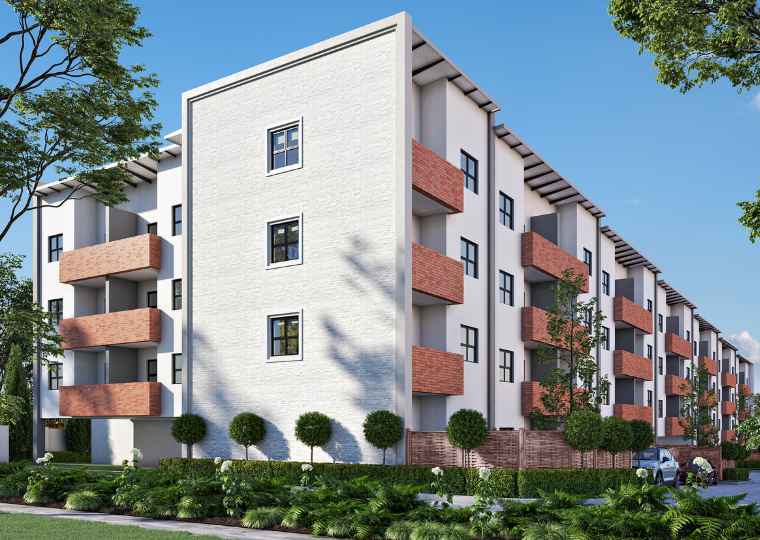 An artist's impression of Fern Valley in Randburg.

Randburg, established more than sixty years ago, is experiencing a long overdue revival.

Johannesburg property developer, Renprop, which has built several residential projects in the area in recent years, says the node’s affordability, access to good transport networks, and attractive shopping is assisting in fuelling the demand for residential property there.

The group, which sells and holds units as rental stock, expects this trend to continue, especially as neighbouring suburbs such as Bryanston become increasingly expensive.

Randburg was considered a premier business and residential node when it was formed in 1959 but it fell out of favour as Rosebank and Sandton became increasingly popular, particularly over the past two decades. However, over the past few years, Randburg’s fortunes have improved with a rise in office-to-residential conversions, particularly in the Ferndale area.

Reinforcing these improvements has been the rejuvenation of Randburg’s Ferndale On Republic, formerly the Randburg Waterfront, which is now a more modern, attractive retail and entertainment destination, teeming with restaurants and sidewalk cafes.

MD of Renprop, Chris Renecle, says, “Randburg has a lot of potential, not only because it is a newer city suburb compared to others in Johannesburg but apart from its affordability, it is centrally located and close to Sandton and Rosebank. Randburg also enjoys good transport links thanks to the Gautrain and Metro buses that service the area as well as a bustling taxi rank for commuters. It is also well located to highway access”.

He further points out that the area is also expected to receive a boost from eventual plans to extend the Gautrain. Although the timing of this is unknown, once built, it will run in a ring formulation from The Mint (in Centurion) through Sunninghill to Fourways and out west (including Soweto) and then circling back to Randburg.

“Ferndale, in particular, is enjoying a rejuvenation. It caters to the demand for lower property prices, compared to surrounding suburbs of Bryanston.”

Fern Valley, which is a new Renprop development in the suburb, is currently under construction.

“It offers affordable two-bedroom, one-bathroom apartments priced from R884 000 on the border of Bryanston. We are experiencing strong demand and the apartments are being sold off plan with all costs, including transfer duties, included. We have experienced steady sales with 60% of the sixty-six units already sold. We anticipate a handover of the units in the third quarter of 2022. The market demand confirms they are an exceptional investment product,” says Renecle.

Renprop’s unique rental guarantee “ensures investors will see an 8.5% return or more per annum,” he adds, making this a particularly attractive buy. The rental guarantee is made possible when the developer guarantees a rental income for the investor buying the property. This is typically set between six to twelve months depending on the value of the property, and it takes the risk away from the investor to rent out the property. Renprop also helps investors in the development find tenants.

Renprop also has plans for further development opportunities in the Ferndale area, with Renecle concluding that the group is “currently looking at another property in Ferndale, closer to Ferndale on Republic.”