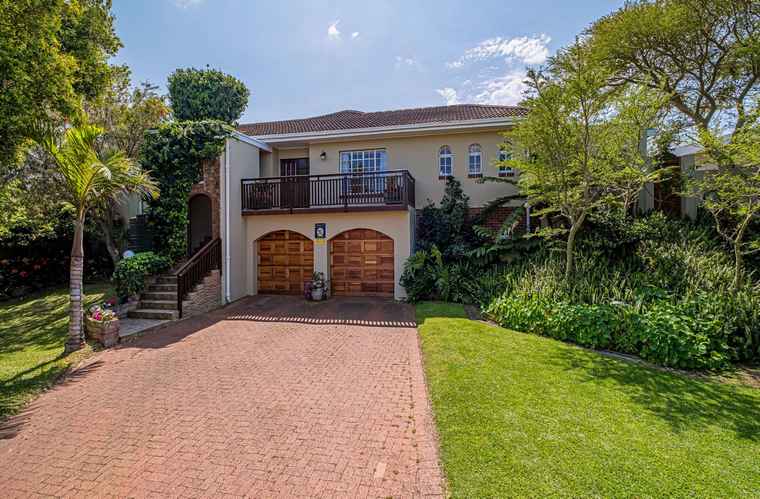 A Summerstrand home for sale for R2.9 million.

Gqeberha’s housing market continues to change hands as activity steps up a notch across all sectors of the market, with stock shortages in certain areas and price bands, reports Justin Kreusch, area principal for Pam Golding Properties.

“Such is the demand that our usually busiest price range, from R800 000 to R1.5 million, is experiencing a shortage of stock as homes coming onto the market in this category are snapped up quickly”.

According to Kreusch, one of the reasons for fewer homes coming onto this market is probably because of those consolidating their positions post-Covid-19 and making improvements to their homes rather than relocating.

“Buyers in this price range tend to be 30 and 40-something, middle-income working parents with a couple of children, mostly locals moving with Gqeberha and with some semigrants from other regions relocating for work-related reasons” he says. “Two- to three-bedroomed homes are the norm for these buyers and in the upper reaches of this price category the occasional four-bedroom home. Suburbs catering to this price band include the Western Suburbs as well as Lorraine, Broadwood, Charlo, and surrounding areas”.

There has always been good activity in the price category below R800 000, with many home buyers migrating from the townships into the traditional suburbs, such as the Western Suburbs of Kabega, Rowallan Park, and Westering.

“We have several agents working in the township market, which remains very buoyant with reasonable stock levels. Buyers here are mostly in their late twenties to mid-forties, seeking two- to four-bedroomed homes prices from around R300 000 to R700 000”.

“While most of our activity is for homes below R2.5 million, it is encouraging to see ongoing steady sales in the price band from R3 million upwards. I have always felt that in times of uncertainty, the well-heeled can afford to play the waiting game, however, with the advent of Covid-19 and the restrictions around travel, these buyers seem to have decided to put down their roots. With sales mainly to local businesspeople and professionals, it is interesting that all but one of these sales are in fact for homes above the R4 million price range, with one notable sale of R9.75 million to a South African family returning to Gqeberha after some twenty years overseas”.

In addition, at the top end of the market, Pam Golding Properties has concluded seven of the last nine sales transactions on Little Walker Golf Estate – with its security and central location as well as nine-hole golf course. With a total sales value of R42 million, and concluded over the past three years, the seven sales were to local businesspeople and one overseas buyer.

Launched in 2003 / 2004, when all plots sold out, most of the homes on the estate sell for R4.5 million to R7.5 million. Situated close to top schools, medical, legal, and business hubs as well as the international airport and the beach, the estate offers a tranquil lifestyle with 24-hour manned security. The properties on the northern border of the estate overlook the Baakens Valley, giving it its country ambience.

Another lifestyle estate in demand, according to Pam Golding Properties, is the Sardinia Bay Golf Estate which continues to perform well.

When launched a few years ago, the entry point was around R2 million, while its now almost impossible to acquire property for less than R3.2 million for a three-bedroom home.

“Another trend we are seeing is movement around Gqeberha by qualified professionals, mostly upgrading in the price range between R3 million and R4.5 million, as well as increased enquiries from buyers relocating for work purposes from Johannesburg and Cape Town. The latter seek mainly freehold homes, ideally close to the beach or the schools, and capitalizing on the comparatively great value on offer compared to Johannesburg and Cape Town”.

“Offering affordability and value for money, market demand is for two to three-bedroom homes and townhouses with the most popular price range from R750 000 to R1.2 million, but with properties also available on either side of that price range. The construction of Bay West Mall years ago and accompanying access to the N2 has made the Western Suburbs more accessible, as locals no longer need to travel to the likes of Greenacres and Walmer Park to do their shopping.”

Another trend to notice is the steep increase in activity in the areas of Beachview and Seaview, which, although only a twenty-minute drive from the city centre, have formerly been regarded as outlying areas.

“Buyers are mainly locals who are now happy to commute as required or work from home. Houses are priced from the early R2 millions up to around R4 million, with the upper price band acquiring a home right on the beach.”

Gqeberha’s rental market has also seen an uptick, with an increase in corporate enquiries in the last few months, fuelled by the gradually recovering economy and because it is an ideal city to raise a family.

Says Charne Knoetze, Pam Golding Properties Gqeberha rental manager: “We have also seen an increase in young professionals starting their careers and wanting to spread their wings by moving into their own homes. Young families are looking for space, a secure suburb and proximity to amenities such as schools and shopping. The most common request is for three to four-bedroom homes for families and one to two-bedroom apartments or townhouses for young professionals. The corporate trend is for fully furnished homes and apartments, with good security and situated in safe suburbs”.

“Those relocating here move for the lifestyle and some for a career change or contract work and so it makes sense for them to rent first to find their feet before taking the big step of purchasing their first property. Preferred suburbs include Walmer, Lovemore Heights, Summerstrand, Charlo, Mill Park and Glendinningvale, while secure lifestyle estates are also very popular.”