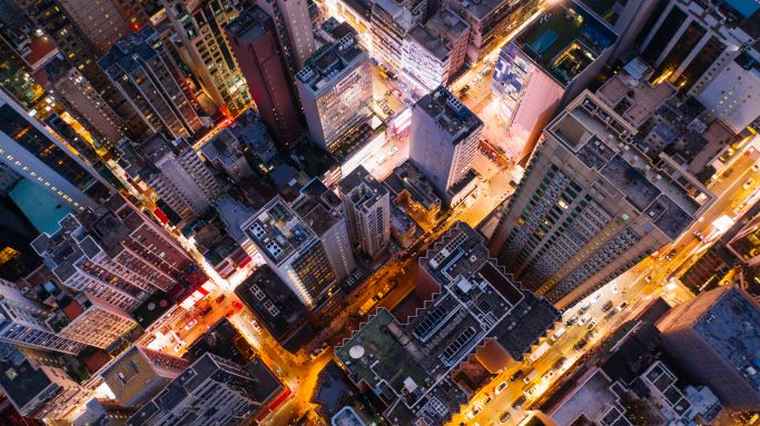 The onset of Covid-19 not only affected people and communities, but it also impacted commercial property values across the world. A recent report by Broll Property Group looks at the effect of the pandemic on property values in Africa, with a special focus on select countries.

The outlook for each country’s market is largely tied to the expectations on the performance of the wider economy in that country and it is expected that these trends will persist in the short- to medium-term.

So which sector has been hit the hardest?

It was initially anticipated that the retail sector would be the most affected due to the lockdowns and the subsequent inability to trade. There were casualties but many malls – and most of the smaller centres – have, in fact, fared relatively well during the last fourteen months or so. This may be attributed to landlords acting swiftly with rent reductions, deferments etc. and, as a result, many retailers have managed to stay afloat, preserving the rental income of the asset.

It is instead, the office sector, that has been the hardest-hit asset class in South Africa, and the pressures are not expected to ease in the coming months. The fallout in the office market has seen property and rental values recede sharply. In the early stages of the pandemic, numerous tenants held firm and retained space during the lockdowns. Landlords were still receiving most of their income, even from empty buildings, but vacancies are now rising as tenants decide they no longer need as much space.

SAPOA reported that third quarter vacancies reached an all-time high of 15.4% while the pre-Covid-19 level was 11.6%. Additional supply is also coming to market due to projects that were planned and started well before the pandemic. At the start of 2020, around 263 000m2 was in the pipeline, which slowed to around 47 000m2 by 2021’s third quarter. Broll notes that offices in smaller outlying towns are not as badly affected due to a more limited offering.

Prime logistics facilities are doing well, not only in South Africa, but across the continent. Furthermore, the growth in online retail has seen a corresponding rise in interest in data centres as companies move to exploit opportunities in the online sector. Numerous data centre companies are expanding in strategic locations across West, East, and South Africa.

Current and emerging needs of tenants and landlords

In general, tenants are seeking maximum flexibility, considering that their demand for space in the short- and medium-term is still relatively unknown or confirmed. They want flexibility to either work from home or to do so on a rotational basis. This would most likely be a long-term trend post the vaccination rollout.

Tenants are increasingly focused on understanding what the future workplace will look like and how this affects their existing real estate structure. More and more corporates in this market are looking to not only optimise operational functions in terms of cost, but also in terms of the size of their requirements.

Landlords, on the other hand, are looking for strategies to drive occupancy of their buildings. These range from more flexible lease terms and notable rental discounts (on a case-by-case basis) to looking at less traditional uses for their buildings. For example, the co-working model is a conversation that is making the rounds in some buildings in the market. Landlords are also looking at repurposing surplus and/or vacant space.

Are multinationals still driving the sector across the continent?

Many local players and parastatals are shifting towards better-quality spaces, therefore competing head-on with multinationals. This trend will continue as the benefits of modern space are being discovered by tenants who have not traditionally occupied such space.

In the A-grade market segment, and to a certain degree, B-grade, it is predominantly the multinational corporates driving market activity. The fundamentals of this market, dollar rentals to be exact, tend to be financially unfeasible for local and some international corporates that earn revenues in local currency.

It is a situation of ‘who bears the brunt of the currency risk?’ due to the consistent decline in the exchange rate. So far, there have been notable increases in requests by tenants to hand back some, or all, of their space for cheaper options. There has also been some discounting on rent or escalation freezes for lease renewals (again, on a case-by-case basis). Landlords are actively seeking ways to encourage tenants in a manner that does not completely erode their existing cash flows.

The logistics sector has been the least affected, with marginal changes and an expected positive outlook. Most properties are now being leased and/or sold at rates lower than what such assets were achieving before the pandemic.

Kenya’s hospitality sector is heavily dependent on tourism, both for leisure and business purposes. International tourism has declined significantly since March 2020 due to the travel restrictions. Local tourism activity, on the other hand, has been subdued as it is affected by the decline in disposable income for most households due to the depressed economy.

However, the logistics sector in Kenya has remained somewhat buoyant. There has been an increased interest for short-term storage, especially for medical facilities and goods. Manufacturers of medical and PPE related items have been thriving but, with the closure of international trade, cargo movement slowed down. This sector still receives enquiries from various users who are planning to take up occupancy in the future.

The impact of the pandemic on Nigeria’s office market has manifested numerous space and cost consolidation strategies because of the health, economic, and business impact on company revenues and general operations. Transactions are at a record low, with the lowest take-up in five years recorded during the first half of 2021 at under 200m2. Vacancy levels remain high, with an average of 46% as opposed to the pre-pandemic level of 39%.

Asking rentals in the office market have remained largely unchanged. However, achievable rates are much lower due to lease regears and concessions for existing tenants, as well as financial incentives granted to prospective tenants by landlords to maintain or drive occupancy in their buildings, especially with existing and rising supply glut – the stock pipeline is currently over 90 000m2 in the A-grade market. Rents are currently as low as US$600 per m2 per annum for newer A-grade commercial office developments, as opposed to achievable rents of US$1 000 per m2 per annum in 2014 and 2015.

Nigeria’s residential sector, on the other hand, has witnessed some noteworthy transactional activity in the last six to eighteen months. Driven by the necessity to store and to create value in a challenging business environment, especially with less than desirable yields in haven assets in the country, numerous investors have flocked to the residential property market. There has been a great degree of investment in the luxury and middle-income segments, while affordable housing, which has the highest supply gaps, is yet to see this quantum of investment.

Although the evidence is not yet fully reflected in the market, there are sentiments that many commercial property tenants in Ghana could downsize their space requirements due to new remote working practices.

Leases coming up for renewal and rental reviews are likely to be agreed to the advantage of the tenants due to the increasing vacancy rates resulting from the banking sector reform of 2018 and large corporates opting for owner-occupied developments. In 2018, the vacancy rate of office developments in the country was 21%. This increased to 28% in 2019 and 33% in 2020. There is also likely to be a reduction in the rates of passing rents for prime office space from US$27 to US$30 m2 per month in 2020 to US$25 to US$28 m2 per month by the end of 2021.

At the beginning of 2020, valuers in Mauritius had a cautionary outlook for the property market, predicting that the industry would see similar trends to that which were witnessed during 2019. Rising average vacancy rates and downward pressure on rental growth, affected by the already-low consumer confidence level and major disruptions to the economy, impacted property values further. However, no one could have foreseen the impact that the pandemic would have on this already strained market, with international border closures, stifling the key tourism sector for many months.

Buildings with a public use component, such as high-rise offices, shopping centres, and hotels have been identified as potential Covid-19 spreading locations and have, at times, either closed or have had use restrictions imposed.

Static to declining rentals, increasing expenses, and rising capitalisation rates have resulted in downward pressure on the market values of investment-grade property. Modern grade industrial properties have been the least affected during the pandemic.

In conclusion, it appears that property and rental values in the rest of Africa have not been as badly affected by the pandemic as in the case of South Africa, especially the office sector.

While it is expected that a rebound to pre-Covid-19 levels could take until 2022 or beyond, one exception to the trend is industrial real estate, most specifically warehouses and logistics centred, which have gained value as investors snapped up buildings essential to the delivery economy.

Covid-19 has upset real estate fundamentals by changing how we lead our lives. Companies are already deciding they will need less office space than before, either because of staff cutbacks or because more of their employees will permanently or partially work from home. And the rise of e-commerce—along with small business closures—will create a glut of retail space in a country that already had too much of it.

As countries go through waves of infections, and people come to terms with the fact that the pandemic is here to stay for the foreseeable future, some solutions are starting to emerge. These allow us a glimpse into the future, in terms of what could become the ‘new normal’ trend globally and in Africa.