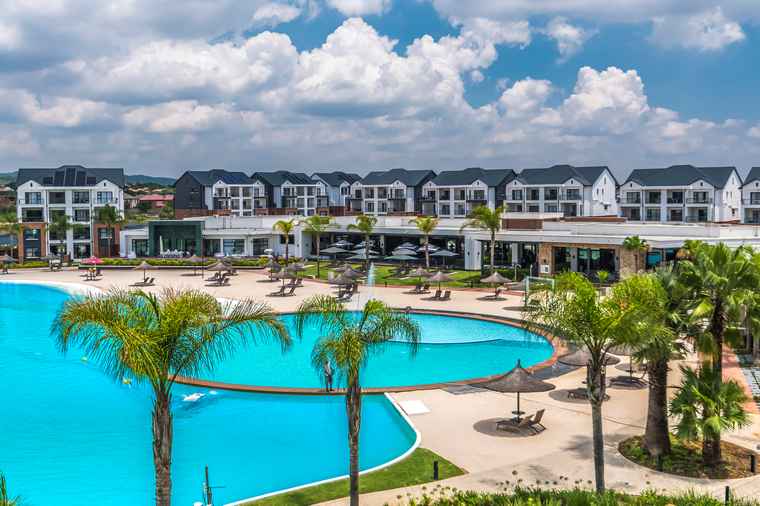 “Our results reflect a pleasing recovery from the challenging market conditions experienced in the prior period owing to the Covid-19 pandemic. Operational activity has steadily recovered to pre-Covid-19 levels, supported by sustained demand for apartments” commented Steve Brookes, Chief Executive of Balwin Properties.

The group’s operating profit for the period surged 44% to R158.6 million (H1 2021: R109.5 million) on the back of an increased number of apartments recognised in revenue, which increased from 896 in the prior comparative period to 1 261 apartments.

Gross profit increased by 36% compared to 2020, although at a slightly reduced profit margin of 24% (H1 2021: 25%) which was impacted by marketing initiatives undertaken to grow sales in response to the current constrained economic environment.

In line with the historic yield curve, the gross margin of the relatively early-stage developments is expected to improve as they mature due to the phase-by-phase increase in selling price exceeding the incremental development costs for each new phase. Balwin remains confident that its profit margin will return to its target margin of the low-to-mid 30% range in the short- to medium term, based on ongoing cost cutting initiatives and a gradual recovery in the economy.

The group’s operating expenses increased to R151 million at period-end, up 25% on the prior period which was mainly driven by increased sales commissions on the back of the 41% increase in revenue and once-off fees in relation to the raising of a R500 million loan which will bring long-term benefits to the business.

Balwin pre-sold 2 846 apartments beyond the reporting period, an increase of 347 apartments compared to the prior six-month period and indicative of strong sustained demand. In line with the group’s policy to only recognise apartments in revenue on earlier handover or occupation, these apartments are not reflected in the financials.

With a secure development pipeline of 56 313 apartments across 29 developments in key target nodes, representing an approximate 15 to 20-year development horizon, Balwin continued to focus on reducing its environmental impact through innovation in design and building techniques with all apartments developed during the period registered for the International Finance Corporation’s Excellence in Design for Greater Efficiency (EDGE) certification, with 471 apartments receiving the certification in the period.

“We are exceptionally proud to report that in the six-month reporting period, three Lifestyle Centres received a net-zero rating from the Green Building Council of South Africa (GBCSA), and we expect a further three lifestyle centres to achieve a similar rating before the financial yearend. Balwin currently has five 6-Star Green rated buildings, a record in Africa”, Brookes added.

A total of 27 719 apartments have been registered as EDGE Advanced since January 2021. EDGE Advanced requires apartments to achieve an on-site energy saving of 40% or more, an improvement from the 20% savings required for the basic EDGE certification in addition to the 20% reduction in water usage and embodied energy in material which was previously a requirement for EDGE certification.

During the period, the group continued to engage with its funding partners to ensure that appropriate facilities and financial support remains in place. Through its focus on capital allocation, Balwin increased its cash position by R311 million on the comparative period to a strong R738.8 million at period-end.

In addition, Balwin negotiated a R500 million loan facility with Stanlib during the period which represents a significant milestone for the group to broaden its funding base in a cost-effective manner.

Balwin also successfully concluded the B-BBEE transaction to increase black participation within the group with its partner, Reggie Kukama, with shareholders approving the transaction at the beginning of September 2021.

“While we are cautious in the prevailing macro-economic climate, we are counting on the resilience of the Balwin brand as demonstrated by the sustained demand from our clients, which is evidenced through continued strong sales and healthy pre-sales recorded”.

“We continue to engage with government to best position our business to roll out strategic projects that will benefit our shareholders, prospective customers and the South African economy at large. In this regard, the required capital outlay and funding of these projects continues to be given priority consideration”.

“Contributions from annuity income initiatives currently constitute a negligible portion of the total profits of the Group, however, the board plans to pursue potential annuity opportunities that are complementary to the core business model while leveraging off the Balwin brand,” concluded Brookes.

A final gross dividend of 7.4 cents per ordinary share (H1 2021: 19.6 cents) was declared. The prior dividend included a previously deferred dividend that was withheld at the end of the 2020 financial year.