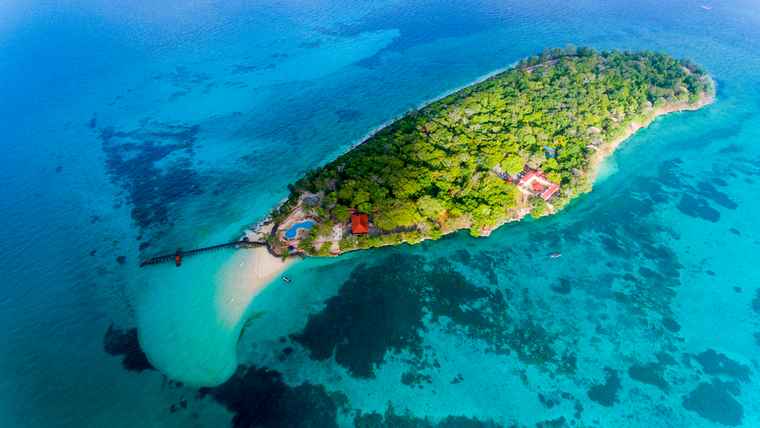 The Government of Zanzibar is opening ten of the archipelago’s idyllic smaller islands for high-end investment and development opportunities.

The rollout of the SIS initiative, which offers stakeholders a host of residential and investment benefits, has already received a favourable response from the international investment community since coming into effect in July 2021.

Among the incentives are a residency permit that authorises real estate investors, along with their partners and a maximum of four children under the age of twenty, to live in the country after purchasing property.

There is also a 50% exemption on capital gains on purchased properties, 100% foreign ownership, 100% exemption from worldwide income for foreigners and the added benefit of no minimum stay required.

The government’s decision to extend investment opportunities to ten smaller islands falling outside of Zanzibar’s main islands of Unguja and Pemba, is based on its vision for diversification of high-end investments.

“The small islands surrounding Zanzibar are major assets that have enormous potential for both investors and the island’s residents,” Shariff says.

The ten islets each possess their own unique characteristics, thereby offering diverse selling points and opportunities for potential investors:

The 11.27-hectare islet is located about 5.6km from Stone Town and is surrounded by shallow coral reefs. It boasts a mix of indigenous and introduced vegetation, giant tortoises, 110m of idyllic beach and a natural tidal pool.

Located just south of Changuu, the 35-hectare islet is known for its spectacular sunrises and sunsets. About 70% of the islet is conserved as forest while the remaining 30% is used for tourism purposes and by local fishermen. Bawe is known for its colourful coral reefs and excellent snorkelling and pristine 550m beach. It could also soon be declared part of the Zanzibar Town Islands Marine Conservation Area.

Lying south-west of Unguja Island at the edge of the Menai Bay, Chumbe is praised for its rich marine biodiversity. It comprises 17-hectares of conserved forest, 55-hectares of coral reef sanctuary on the west part of islet, and 2.44-hectares which have been allocated for the development of eco-tourism operations. Both protected areas were formally registered by the IUCN World Conservation Monitoring Centre in 1995. The islet boasts a magnificent beach, a lighthouse and small mosque. A rare coconut crab, Birgus latro, is a must-see for wildlife lovers.

This 50-hectare islet in Menai Bay lies about 4km off the western coast of Unguja. Some 390m of white sandy beach is complemented by a natural lagoon, and coral rag bush. It is paradise incarnate and is used as the major fish camping site for local fishermen from Unguja.

The 9 000-hectare islet is relatively undisturbed compared to other parts of Zanzibar and Tanzania, and as such possesses incredible terrestrial and marine life, and is an important nesting site for turtles.  Diving, snorkeling, swimming, boating, and scientific research are permitted. In the extractive zone, all legal fishing is permitted and two areas – Mbuyuni and Mkwajuni – have been designated as fishers camping areas.

Njao islet lies on the northwest coast of Pemba Island and has an estimated area of 474-hectares. The islet is characterised by its rich, fertile soil, making it ideal for agriculture. Most of its inhabitants are involved in fishing activity.

The 80-hectare piece of land is found south of Pemba Island, and it has huge potential for fishing tourism, including game fishing.

Located in the west of the archipelago, the islets possess white beaches, a natural lagoon, and coral rag bush. They are used as the major fishing camping site for local fishermen from Unguja and are famous tourist attractions.

The 5-hectare island is situated northwest of Stone Town and can be reached by boat in just 15 minutes. Chapwani has an untouched beach and a spectacular reef filled with starfish and multi-coloured corals.

Zanzibar’s government recognises that these islets possess sensitive ecosystems and are already home to thriving fishing and agricultural communities. As such, potential developments require careful planning, handling, guidance and oversight, and potential investors will need to adopt a holistic approach in implementing future projects.

Says Shariff: “Our investors Expressions of Interest should provide information demonstrating that they possess experience and the ability to develop, operate and manage investment projects”.

“They should also demonstrate financial capacity, and skills in conserving environments, biodiversity, cultural heritage and community development. Interested Investors should specify the intended small island or islands for investment and provide detailed information on the kind of high-end investment intended.”