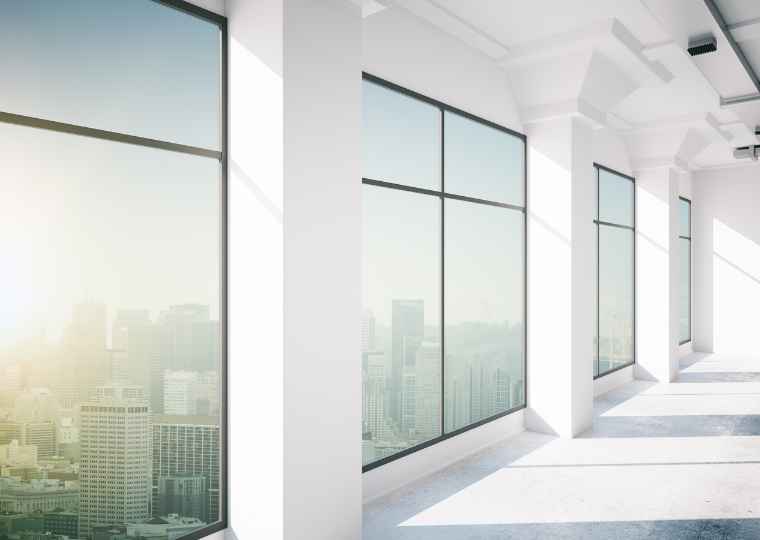 According to FNB, property brokers continue to see all three major commercial property buying or selling markets as oversupplied with the office market being the most oversupplied.

The FNB Commercial Property Broker Survey – Market Balance Q3 2021 has revealed that while the industrial market is still perceived as the strongest of the three commercial property sectors i.e., industrial, retail, and office, it is undersupplied.

However, an oversupply of property on the market relative to demand in all three property classes has continued in the 3rd quarter survey.

The picture between the 3 major property sectors remains one where property brokers perceive industrial to be the strongest with an average time on the market for occupied properties of 20.03 weeks – an improvement on the 23.09 weeks in the case of retail and 34.65 weeks for office space.

The property brokers are asked whether they believe that the average time on the market has increased, decreased, or stayed the same since the 6 months prior i.e., since 2021’s first quarter.

While the office and retail sectors returned a positive number, implying that most of the responses point towards an increase (market balance weakening) in average time of properties on the market compared to the 6 months prior, this increased bias has been seen consistently in quarterly surveys since early-to-mid 2019.

The only market to buck the trend appears to have been industrial, which showed a negative reading of -10, indicating a bias towards declining average time on the market for the third consecutive quarter and pointing to an improving demand-supply balance in this market.

Industrial property is the only market turning to a declining trend since early-2021, sometime after the end of hard lockdown.

The ‘increasing time on market’ bias has become less pronounced in the office and retail sectors since spikes in the 2 winter quarters of 2020. This has much to do with the end of hard lockdowns that happened around that time. It was difficult to do property trades during hard lockdowns, while the economy was in an extremely deep recession but the fact that the brokers still have a bias towards lengthening average time on market continues to reflect the recessionary economic times in which South Africa finds itself, with Real GDP still not back to 2019 pre-Covid-19 levels.

All three sectors were recorded as negative in the third quarter survey with the industrial property market least so on a -34.99 reading, followed by retail at -110.87 and office being the weakest at -161.67.

In short, all three markets are perceived to be oversupplied with the industrial market undersupplied, followed by retail and then office.

The office market survey points to Greater Johannesburg having the weakest demand versus supply balance with its index being the most negative at -188.68. This reading is only marginally weaker than the other 4 metro regions which are all showing oversupplied readings between -126.25 (Cape Town) and -182.64 (Nelson Mandela Bay).

In the industrial property market survey, the 3 coastal metros come out relatively stronger than the Gauteng metros with eThekwini producing a positive reading of +61.8 followed by Nelson Mandela Bay’s ‘0’ and Cape Town with -38.89.

At the weakest end of the industrial property market sits Greater Johannesburg with a negative index reading of -113.24, followed by Tshwane with -82.15.

In the retail property sector, the survey points to a significant oversupply across all 5 metro regions.

Overall, property brokers believe that demand, relative to supply, remains weak, regardless of whether one views the bias towards increasing time on the market.

After a deterioration in property broker oversupply perceptions in the office market, up to the end of 2020, the office supply-demand perception index readings have slightly improved from a historic (and weakest) -167 reading during 2020’s final quarter to a less weak -167.67 by 2021’s third quarter.

Since the retail market’s worst ‘oversupplied’ reading of -139 as at the second quarter of 2020, it has made more progress towards a ‘balance’ than the office market which recorded a negative -110.87 as at 2021’s third quarter.

On the other hand, the industrial market has made the most progress towards restoring balance, with its ‘oversupplied’ reading diminishing from -139 as at the second quarter of 2020 to -34.99 by 2021’s third quarter.

But the fact that all three markets have a significantly ‘oversupplied’ bias appears reflective of the deep economic recession which South Africa’s economy has gone through (and the stagnation of the economy over many years prior to the 2020 lockdowns), and it has still not fully recovered to pre-Covid-19 GDP levels. This economic weakness is bound to contain demand for commercial property.

The oversupplied markets accompanied by ongoing GDP weakness leads FNV to anticipate a decline in average property values to continue in 2021, most notably in office, less so in retail, and the least in industrial.