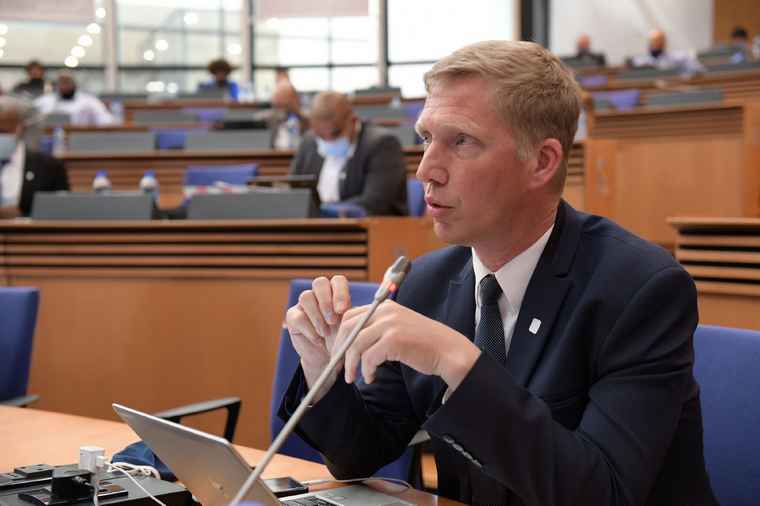 The City of Cape Town has approved the new ‘Unlawful Occupation By-Law’ alongside updates to the ‘Streets, Public Places, and Prevention of Noise Nuisances By-Law’ following the City Mayoral Committee’s greenlight and unanimous support of the Safety and Security Portfolio Committee.

According to the City’s Executive Mayor, Dan Plato, these by-laws will assist the municipality to protect land and buildings from ‘unlawful occupation’.

“Once gazetted, it will officially be law in Cape Town that an offer of social assistance first be made, including shelter, to ensure the constitutional enforcement of the prohibition of sleeping in public places” he said.

The municipality says there are currently over 350 hotspots for public complaints around by-law violations to people residing on the streets.

“The City has an unconstitutional obligation to make sure that our public open spaces and our city remain sustainable, that there is equality before the law, and that while we are offering assistance to help people off the streets, our by-laws are being applied equally to all residents at the same time”.

According to the amended by-law, any person found sleeping in a public place, without authority, will first be issued with a compliance notice and offered alternative shelter and it will be considered an ‘offence’ if they refuse a reasonable offer of alternative shelter. In sentencing, a court will give a ‘guilty’ person the option to pay a fine.

It also limits and explicably states the limitations of law enforcement’s role too. Law enforcement may direct a person to ‘stop prohibited conduct, remove an obstacle, and to leave and remain out of a specialised place’. They also have the authority to issue compliance notices as well as notices to appear in court or to pay a fine, arrest any person who commits an offence in terms of the by-law, to conduct a search, impound goods and materials and request identification.

The City’s Mayoral Committee Member for Safety and Security, Alderman JP Smith, says that the City is of the view that no person should be living on the street and every action taken by the City is directed towards assisting people to be able to leave the streets and to reintegrate with their families and communities.

“The Streets by-law, combined with the City’s Street People Policy and range of social assistance, is the most humane way to assist people living on the streets, because it is a legal mechanism to shorten a person’s stay in unsafe public places, while offering them a suitable alternative off the street” he says.

“It is imperative that the City manages our public spaces in a manner that makes them usable by all, and ensures that our city continues to create jobs, attract investment, and drive urban regeneration”.