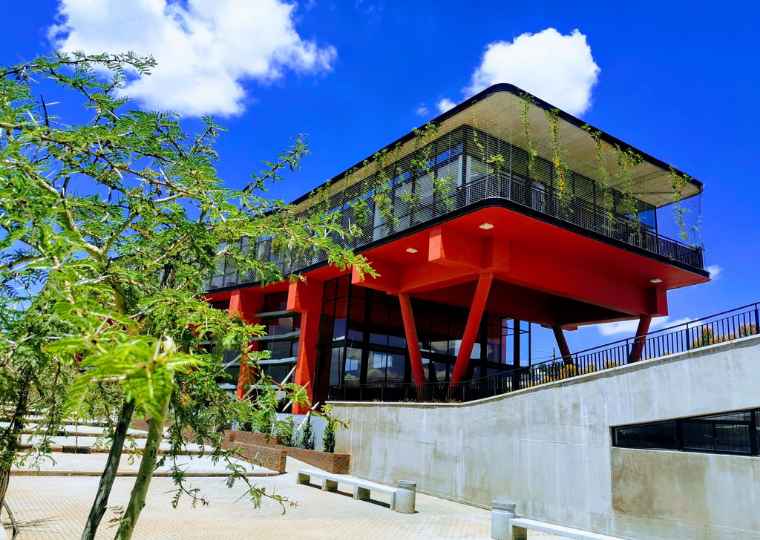 Two projects implemented by the Johannesburg Development Agency (JDA) are finalists in the 2021 Gauteng Institute for Architecture (GIfA) Awards.

The Westbury Transformation Development Centre (WTDC) and the restored Workers Museum Cottages in Newton have been shortlisted for the awards, which encourage and recognise good design or a noteworthy contribution in the field of architecture in Gauteng.

The JDA deals with the renovation, innovation, and re-imagination of Johannesburg’s built environment and urban communities through a reinforced programme of place making and area-based development.

The upgrade of the WTDC, designed by award-winning firm Ntsika Architects as a ‘high-spec’ public building, was implemented by the JDA on behalf of the City of Johannesburg.

The centre consists of facilities for sports and recreation, early childhood development, old age care, retail, a bakery and, sewing rooms. It boasts the tallest green screen wall and incorporates green building elements such as double glazing and rainwater harvesting.

It also caters for the elderly, with a day care facility that provides daily activities to keep them stimulated, as well as hearty meals.

The Workers Cottages in Newtown, facing Mary Fitzgerald Square together with the Newtown Workers Compound Museum were declared as a National Monument in 1995.

The workers cottages in Newtown are important heritage assets that have been painstakingly restored by the JDA so that they can be used to inject new life into Newtown Cultural Precinct.

Seen together with the black workers’ compound, the cottages illustrate the way in which space was racially segregated and unequal conditions of black and white workers during much of the Twentieth Century.

The approach to the repair of the buildings was to functionally restore the buildings to allow for both their adaptation and reuse as well as to protect their heritage value.   The restoration team also consisted of specialist heritage architects, Mayat Hart, project management and public art team, Sticky Situations and Boundless City and heritage refurbishment team AJ Renovatum.

Over and above the heritage repairs, the City of Johannesburg’s Department of Arts Culture and Heritage involved local artists to be part of the project.

Small artworks on the themes of labour and Johannesburg were called for and judged by a panel. The top 50 works were purchased from the artists and now make up a permanent collection to be housed at the Cottages at the Worker’s Museum.

The artworks have been curated into collections that are displayed in heritage windowpanes from the cottages.

The GIfA Awards ceremony will take place on the 7th of October 2021.