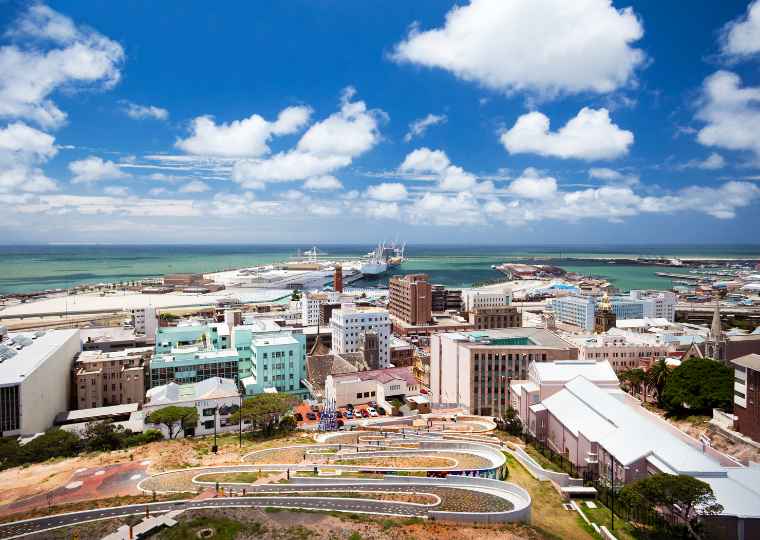 Inspiring homeowners looking to invest up to R1 million on their first property can safely bet on Gqeberha (Port Elizabeth) in the Eastern Cape.

According to BetterBond, an influx of new developments means that entry-level buyers can gain a foothold on the property ladder by buying off-plan homes that fall below the threshold for transfer duties.

“Affordability and accessibility mean that the ‘Friendly City’ is living up to its nickname when it comes to welcoming first-time home buyers” comments CEO of BetterBond, Carl Coetzee.

“Furthermore, a year of record-low interest rates has made it even easier for new buyers to invest in property. First-time home buyers are now able to afford more than they did in early 2020, when the prime lending ate was at 10%. This increased demand has seen the average purchase price of homes in the Eastern Cape increase by 9% for July, year-on-year. The overall average purchase price for BetterBond applicants in the province has increased by 10% for this period”.

Despite this strong house price growth, Gqeberha has an abundance of new developments and sectional title options which offer exceptional value for money. “Close to 40% of bonds approved for clients from Gqeberha for the twelve months ending in July were between R500 000 and R1 million, with R1 million being the threshold for the payment of property transfer duty”.

Developments in Fairview, Walmer, and Overbakens are ideally placed for those buying in the R750 000 price brand says Paul Stevens, CEO of Just Property. Properties of R500 000 to R750 000 account for the bulk share of properties sold by the estate agency between January and July 2021. Similarly, 42% of properties sold in King Williamstown and 35% of those sold in Buffalo City, fell within this price brand.

“This is in line with our data which show that 74% of BetterBond’s applicants in Gqeberha are first-home buyers, and the average age is 36 years old. Also, 62% of our applicants are women buyers.”

The demand for modern, two-bedroom units close to schools and major transport routes seems to be “insatiable”, she adds. For every successful bond application, there are on average five other pre-approved buyers in line for the same property. “One gets the sense that buyers are purchasing properties almost as quickly as developers can build.”

Furthermore, Stevens says the Eastern Cape market is fuelled by previous tenants who can now buy for much the same monthly cost as they can rent. Historically low interest rates means that many tenants are opting to buy property instead of paying off their landlord’s bond by paying monthly rental.

“This shift from renting to owning a property also reflects an emerging trend where particularly younger people have decided to take control of their finances by investing in property at a younger age. Covid-19 has made us aware of the risk of being financially vulnerable. However, property has proven its resilience even during challenging economic times, and an investment in a home allows for greater control or ‘ownership’ of one’s long-term financial future,” says Coetzee.

“The current prime lending rate of 7% means that buyers can afford up to 30% more than they could 18 months ago. It also means that for many, it may be cheaper to buy than rent,” says Coetzee. The average monthly rental on a R1 million property is about R7 800.

Meanwhile, at a prime lending rate of 7% the monthly bond repayment on the same property would be comparatively less at R7 753. There are of course additional costs associated with owning a house, but there is also the benefit of having a fixed asset, says Coetzee.

Research in the UK has found that lifetime renters will need an extra £9 000 of annual income to cover their rental costs, compared with homeowners. This means that they will need to save twice as much into their pension to cater for that period when they are no longer earning a salary.

“Similarly in South Africa, perennial renters will end up spending money on monthly rental costs that could have been used to save towards their retirement. With the interest rate at its lowest in more than 50 years, there has never been a better time to apply for a bond, and to do so from an earlier age,” concludes Coetzee.