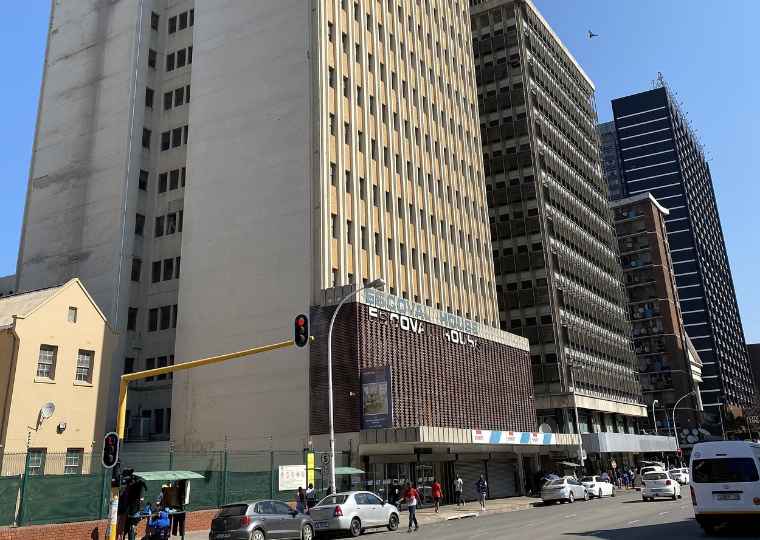 On the back of recent events which have highlighted how citizens, from all walks of life and entire communities, have rallied and come together to clean up and assist individuals and businesses in need, potential lies ahead for Durban says Mohammad Amra, Pam Golding Properties area principal for Durban.

“We are seeing the public and private sector working together to stimulate economic recovery and growth in Durban and the province, while Transnet is planning a R100 billion expansion and upgrading of the Durban Port, and Phase 2 of Dube TradePort is already under way”.

Amra says that from a property perspective, the central city area – particularly in the City Hall and Samora Machel Street (formerly Aliwal Street) area is rapidly becoming a student hub with large office buildings being converted and reconfigured into sectional title residential apartments that are well suited to student accommodation.

This is underpinned by the fact that the city of Durban has an abundance of educational institutions such as MANCOSA, Damelin, Damelin Correspondence College Campus, the University of KwaZulu-Natal, Durban University of Technology, Central Tech College, MSC College, Durban City College and Thekwini college, among others.

However, there are still many people, including the younger generation, who work in the city for the likes of government departments such as the police services and hospitals, or recruitment, transport, clinics, and call centres.

“With many people now working from home or relocating to smaller offices in areas such as uMhlanga, this has opened up redevelopment and investment opportunities to take up the vacuum. In addition, some residents have moved from the CBD to acquire homes in the Essenwood or Musgrave areas”.

“While most of the owners and operators of these conversions are major investors who charge a rental of around R3 000 per student, providing the bed and study table plus communal dining room, TV room and laundry facilities according to university specifications, there remains a market for individual investors who acquire one to three-bedroom flats to let out to students” says Amra.

“We are currently marketing a prominent commercial property in Durban – the 19-storey Escoval House, which is completely vacant and ideal for conversion to student accommodation together with two other adjacent buildings for a combined price of R160 million which adds to the potential for redevelopment. Another well-known landmark building, 320 West Street (Dr Pixley Kaseme Street) has already been converted to residential use”.

Over the past ten years, the central Durban area, which comprises mainly of Sectional Title units (97.5%) has achieved price growth of 51.1% – comfortably beating Durban’s overall average price growth of 40.2%. Prime positioned North Beach, which comprises almost entirely of Sectional Title units (99%), slightly outperforms the central city, with growth in prices over the past decade of 57.6%.

“The median price of Sectional Title homes in central Durban has risen steadily over the past decade, currently averaging R420 000 for units sold across the market in 2021 to date. Both activity levels and prices in the inner-city housing market remained resilient despite the pandemic and the repeated lockdowns” comments Sandra Gordon, Pam Golding Properties senior research analyst.

“Notably, with just over 40% of all recent buyers being young adults, this age profile suggest that many first-time buyers have purchased homes in the area during the past twelve months (August 2020 to July 2021)”.

“In the Point area, where 98.3% are Sectional Title homes, the age profile of existing homeowners and recent buyers is very similar to the pattern seen in Durban Central, with 46% of recent buyers aged between 18 and 25 years”.

Adds Gordon: “In both areas, a quarter of existing owners are retirees, while the largest cohort of new buyers are young adults, suggesting that there is a clear demographic shift in the housing market in Durban Central and surrounds as students and first-time homeowners take advantage of the new residential units released onto the market as a result of the ‘post-Covid’ redevelopment.”

“Most of this rejuvenation is taking place as a result of confidence in the city centre by private investors, who are not only improving the buildings but also the surrounding areas in order to make them more attractive as residential destinations.”

Amra notes that in the Point Waterfront area, which is an ideal ‘zoom’ location, being a secure, self-contained village with a clean beach, promenade and restaurants, there is still good value available, with one-bedroom apartments priced from just under R1 million to R1.6 million, two-bedrooms from R1.9 million to R2.5/R2.6 million, and three-bedrooms from R3 million to R9 million.

“The Point Waterfront attracts a range of home buyers from young professionals and investors for holiday letting to leisure buyers seeking holiday homes, including those from further inland in KwaZulu-Natal.”

Unlike Durban Central and The Point, in the North Beach area mature buyers accounted for the largest percentage of recent buyers (38%), as well as existing homeowners (38%), while a further 26% are pensioners. Gordon says price performance in North Beach has been relatively strong, with increases of 15.3% over the past five years and 50.8% over the past decade. The median price of R890 000 recorded in 2021 to date is the highest seen over the past ten years.

“North Beach is home to some highly sought after and prestigious apartment blocks, such as Malington and Maluti, good examples where a two or three-bedroom unit can sell for as high as R3.5 million in the former and R5 million in the latter. These apartment blocks are also in demand among Gauteng buyers seeking second or leisure homes. Currently, we are marketing a couple of apartments in Maluti with sweeping ocean views, each priced at R5 million” says Amra.

In the upmarket Musgrave or Essenwood areas, while Sectional Title units dominate the market (78.4%), there are more freehold homes compared to the above areas and although young adults are not the dominant age group among recent buyers, they do account for almost a third of recent buyers, says Gordon. “Prices have performed well over the past decade, with freehold properties gaining 72.8% over the past 10 years and sectional title homes increasing by 36.4%.”

Amra says prices of apartments in these areas can range from around R1.2 million to R1.7 million for two bedrooms and houses from R2.5 million or R3 million up to R10 million. “At present we are marketing two brand new, fully fitted apartments each priced at R5.5 million, well situated just off Musgrave Road in Springfield Road”.

“In addition, we are marketing a brand new 24-unit residential development, 748 on Musgrave, with spacious three-bedroom units priced from R5.85 million and R7.35 million, with double garage included”.

“Over and above this, we are experiencing a high demand for homes in Cowey and St Thomas Roads, while other sought-after areas include the trendy and vibrant Florida Road hub, with its eclectic mix of buildings and array of eateries and entertainment, and nearby Innes Road.”

Adds Amra: “Another trend we are seeing in relation to the smaller student housing market is for investors acquiring large, old houses and garden cottages for conversion to student accommodation. These may be situated in areas such as Glenmore, Umbilo, Carrington Heights, Glenwood, and Bulwer”.

“These areas also tend to be popular among young families because of the size and value for money on offer as well as access to good schools. In upper Glenwood where homes are immaculate and huge, there is also good value to be had with three to four-bedroom houses often selling for approximately R2.5 million” he concludes.