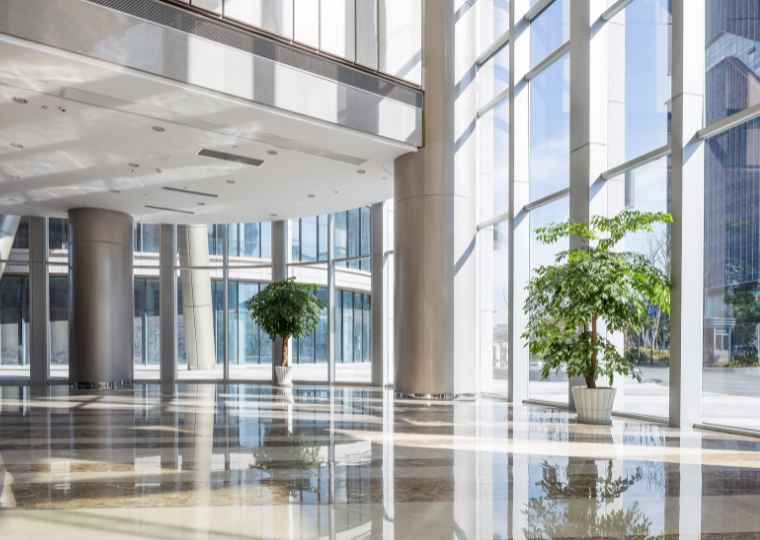 In Knight Frank’s recent Africa Office Market Dashboard Q2 for 2021, which details the performance of prime office markest in Africa’s major cities, prime headline office rentals remained relatively resilient across the 28 cities monitored by Knight Frank with 16 out of the 28 cities recording no change during Q2. This resilience was underpinned by rising office requirements, particularly at the beginning of Q2, with businesses in some locations reactivating searches that were previously put on hold.

Furthermore, the flight to quality by tenants continues to intensify with some businesses using the weakness in rents as an opportunity to consolidate operations as well as to occupy space that places employee wellbeing above all else.

According to Knight Frank, this trend is supporting the rising demand for prime offices in some locations with new office requirements increasing by 29% in Q2 compared to Q1 in the nine countries Knight Frank operates in. The professional services sector was notably active, accounting for 28% of new requirements recorded during the period under review.

Despite the apparent pockets of stability and resilience in Africa’s office markets, Knight Frank expects headline rentals to remain subdued for the remainder of 2021.

However, there will be some bright spots. Nairobi, for instance, is seeing a gradual return in business confidence with company registrations increasing by 20% in July compared to the 7% decline in June. This is expected to result in an increased demand for offices later this year.

Elsewhere, Dar es Salaam is expected to experience a rise in enquiries from tenants looking to enter the office market, following the stability injected into Tanzania by its new leadership.

Accra’s rapidly progressing USD$1.2 billion Marine Drive Project, which is scheduled for completion in 2027, is expected to create over 150 000 jobs, adding to the much-improved business confidence levels. Recording the highest increase in rentals q/q (7%), international businesses are expected to continue zeroing in on the city in the footsteps of Twitter as it positions itself as a rival gateway to West Africa, alongside Lagos.

The prime office market in Gauteng and the Western Cape remains tenant favourable as the supply glut continues, increasing vacancy levels by 31% and 28% respectively in the year to June 2021. In addition, landlords are offering a range of incentives such as discounted rates for some tenants, which is reducing net effective rents further. This weakness in rentals is driving space upgrades as in other global markets. Knight Frank expects tenant activity to remain weak as business confidence levels continue to ebb. The South Africa SACCI Business Confidence Index fell to a nine-month low of 93.2 in July 2021 due to the resurgence of Covid-19 infections, as well as the rising political uncertainty.

Data from Google’s Mobility Index (which monitors changes in visitation and time spent at various locations compared to a pre-pandemic baseline) shows that travel to and from offices remain below pre-Covid-19 levels. Most employees continue to work remotely due to the ongoing restrictions with tenant activity remaining limited. Tenant release space continues to grow as businesses remain focused on rightsizing. In assessing the quality of space being returned, Knight Frank has found this trend to be mainly prevalent in grade B office buildings. Prime office rental on the other hand, remains stable at approximately USD$12 per square meter as the flight to quality persists. The extension of pandemic restrictions is likely to leave the office market in an effective state of suspended animation for the remainder of 2021.

Prime office rents in Nairobi dropped marginally by 1% quarter-on-quarter (q/q) due to lockdown restrictions imposed at the start of Q2. However, tenant activity is increasing, fuelled by an improving economic outlook according to Knight Frank. This increased tenant activity is underpinned by the reactivation of searches that had previously been put on hold, as well as increased flexibility by landlords. Some landlords are now offering discounted rents and other lease concessions, such as ‘rent-free’ periods in a bid to attract and retain tenants. This weakness in rentals is prompting some businesses to upgrade where possible, underscoring the flight to the quality trend experienced globally. Despite the heightened focus on prime office space, prime rentals are expected to remain stable as supply continues to eclipse demand.

Lagos is the most expensive city to rent an office at USD$62.50 per square meter.

Lagos’ prime office lease rates remains stable following a period of recovery during Q1. Increased tenant activity is being driven by office relocations from the CBD to the suburbs, as tenants gravitate to locations offering both better quality accommodation as well as more affordable leases. In addition, anecdotal evidence shows rising enquiries for coworking space as tenants revisit occupational strategies with a view to occupying less traditional space. Knight Frank’s view is that prime office rental in Lagos will remain stable as tenant demand continues to recover. In addition, with rising foreign investment interests, which hit USD$10.1 billion during 2021’s H1 (up 100% on 2020’s comparative period), job creation rates are expected to rise, lifting office requirements further as 2021 progresses.

Tenant activity is limited due to the negative impact of the pandemic on businesses. As a result, some landlords continue to offer lease concessions such as rent reductions of between 20% – 50% for at least one quarter and in some cases, rent-free periods of three and six-months on five- and ten-year leases respectively. While prime headline rates in Dar es Salaam remain stable at USD$15 per square meter, net effective rents are declining. Knight Frank anticipates increased tenant activity, fuelled in part by the reopening of the country’s trade corridors to international trading partners. In addition, Zanzibar’s New Tax and Residency Investment Scheme is also expected to drive increased activity. The scheme allows foreign investors who invest in real estate in Zanzibar, to reside in the country.

Tenant activity in Kampala increased by 5% in Q2 q/q, underpinned by improved activity levels by oil and gas businesses. However, renewed lockdown restrictions have resulted in the loss of most of the market’s momentum from earlier in the year. Furthermore, with weak trading conditions persisting, businesses are increasingly requesting downward rent renegotiations, which most landlords are accommodating. Unsurprisingly, prime rents are weakening and declined by 12% to USD$13 per square meter in Q2. With lockdown restrictions expected to persist, demand for office space will remain weak. Furthermore, given the weak economic backdrop, the appetite to grow headcount remains low amongst businesses, as evidenced by Stanbic Bank’s Uganda Purchasing Managers’ Index, suggesting that requirements levels are unlikely to recover in a meaningful way this year.

High inflation rates and local currency fluctuations continue to undermine business confidence levels and office space requirements. Most of the demand is centred on small requirements for space in the region of 50m2 – 300m2. Headline prime office rents have remained stable at USD$18 per square meter. However, landlords are now offering greater lease concessions such as one month rent-free on four-year leases, break clauses after two years and no rent escalations through the lease term. As the year progresses, Knight Frank predicts an improving picture. In the wake of a successfully managed and run general election and an anticipated easing of lockdown restrictions, activity is likely to rise, further stabilising rents.

Harare is the least expensive city to rent an office in at USD$7.0 per square meter.

Liquidity challenges, pandemic restrictions, and unreliable utilities are weakening investor confidence and undermining new demand for office space in Harare. However, dollar based prime office rents remain stable at USD$7 per square meter due to the currency stabilisation measures introduced by the government at the end of Q2. Should inflation continue trending downwards – headline inflation stood at 37% in July, down from almost 840% at this time last year – business confidence levels and occupier requirements will rise, helping to stabilise headline rents.