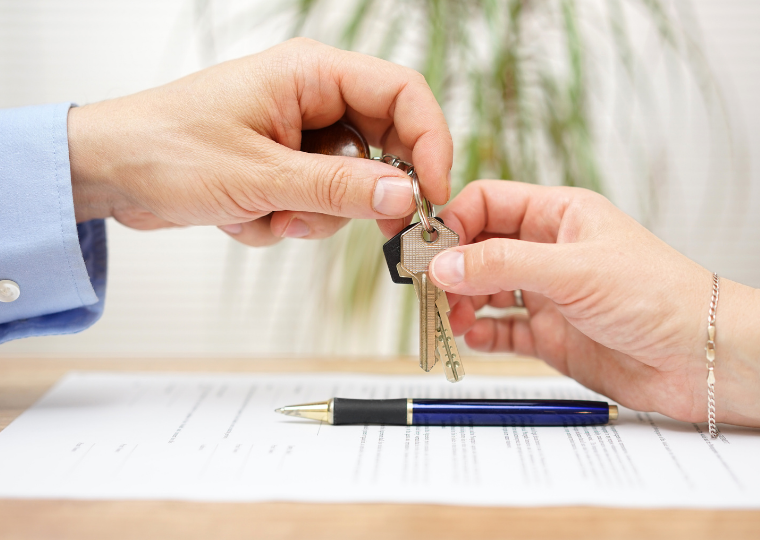 The survey samples commercial property brokers in and around South Africa’s six major metros who deal in owner-serviced properties with a portion also dealing in developer and investment markets as well as the listed property sector.

The key themes evident from these results include:

Brokers noted that the average time of properties on the market has increased to 2 out of 3 property classes.

Brokers perceive occupied industrial properties to have an average time of 19.98 weeks – faster than the 22.25 weeks in the case of retail and 27.14 weeks for office space.

Vacant industrial property also averaged the shortest time on the market to the tune of 21.35 weeks compared to 24.65 weeks for retail space and 29.81 weeks for office properties.

For this survey, it is more difficult to estimate average time on the market than in the case of the FNB Residential Property Estate Agent Survey given a far smaller sample size when it comes to the number of transactions. From quarter to quarter, the brokers perceive average time quite differently and the data can be more volatile.

However, the brokers appeared to be better able to assess the direction in average time as opposed to the actual average time.

Asking the brokers whether they believe that the average time on market has increased, decreased, or stayed the same since the six months prior i.e., the fourth quarter of 2020, FNB creates an index by allocating a +1 score to an ‘increased’ response, a 0 to an ‘unchanged’ response and a negative -1 to a ‘declined’ response.

2 of the 3 property classes returned a positive number i.e., office and retail which implies that the aggregate of responses points towards an increase (market balance weakening) in the average time of properties on the market in those sectors compared to the six months prior. The relatively strong industrial property market was the exception with a negative number.

Industrial property recorded a -18.3 reading in the second quarter of 2021, down from a negative -4.84 in the previous quarter.

The retail index still showed a positive reading of +13.5 in the second quarter, but this was an improvement on the +26 of the previous quarter.

The office index, too, showed a positive reading but also improved, from +55.9 in the first quarter to +20.6 in the second quarter.

The ‘increasing time on market’ bias has dissipated in the industrial market survey and become less pronounced in the retail and office property markets, with the office market reading remaining the highest (weakest).

The fact that the brokers still have a bias towards lengthening average time on market in 2 of the 3 major sectors continues to reflect South Africa’s economy not being entirely out of the recessionary economic times in which it has found itself in recent times.

All three sector indices were negative (i.e., oversupplied bias) in the second quarter 2021 survey, with the industrial property market least so on a -81.68 reading, followed by retail at -124.99 and office recording the weakest -173.01.

In short, brokers strongly perceive all three markets to be significantly oversupplied, but with the industrial market believed to be the least oversupplied, followed by retail and then office.

Due to smaller sample size at individual metro region level, there is a concern of volatility in the surveys and therefore, FNB opts to use a 2-quarter average of survey responses for the demand-supply perceptions indices for individual regions.

Examining the perceived market balance by major metro region, the office space survey points to severe weakness across the board, with Nelson Mandela Bay having the most negative index reading of -200, but eThekwini (-188.9) and Greater Johannesburg (-181.95) are not far behind. Tshwane is least weak of the major metro regions, with a -132.14-negative reading, followed by Cape Town on -145.

In the industrial property market survey, the three coastal metros come out noticeably stronger than the Gauteng Metros, with eThekwini having a positive reading of +33.52, followed by Nelson Mandela Bay with +0.01 and Cape Town with a mild negative of -42.22. Tshwane at -74.41 and Greater Joburg recording -124.56 were both more significantly negative.

In retail property, the survey points to oversupply across all five metro regions. Joburg is the weakest market, with a negative reading of -167.1, followed by Nelson Mandela Bay with -165. The ‘least weak’ of the five was eThekwini with a -65 reading, followed by Cape Town with -91.08.

Despite market activity levels having picked up in recent quarters, perceptions relating to demand relative to supply remain weak when viewing the FNB Property Broker Survey results for the 2nd quarter of 2021.

All three major commercial property markets are perceived to be significantly oversupplied still, even industrial property despite its stronger demand fundamentals with the office property market most severely affected.

Some recent surveys have shown a diminished bias by brokers towards ‘oversupply’ in the industrial property market. However, this is not the case in the retail and office Property markets, with both of their oversupplied biases remaining strong. At least, though, recent quarterly surveys in retail and office property show oversupply perceptions indices starting to move more sideways rather than weaker, suggesting some possible early signs of future moves towards ‘stabilization’ in these markets approaching.

But at this stage, the perceptions of significant oversupplies in all three markets leads FNB to the belief that their projections of further average value declines in 2021 remain justified by weak fundamentals.

The fact that the survey still shows an oversupplied bias in all three major commercial property markets, with significant indicators in retail and office, appears largely reflective of the recent deep recessionary conditions that South Africa’s economy has still not fully recovered from.

The oversupply comes as little surprise, given that the economy had been stagnating over some years prior to Covid-19, and then saw a massive -17.78% year-on-year contraction in Real GDP (Gross Domestic Product) in the second quarter of 2020. Despite some rebound thereafter, it was still recording negative year-on-year growth of -3.2% as at the first quarter of 2021.

That is almost undoubtedly an economic environment driving weak demand and strong supply in property on the market, and the broker survey continues to reflect this, albeit noticeably less so in industrial property.

It appears that office property will be the weakest of the three major property classes in 2021, challenged by both major services sector job losses along with escalated work from home employees, dampening demand for this property class.