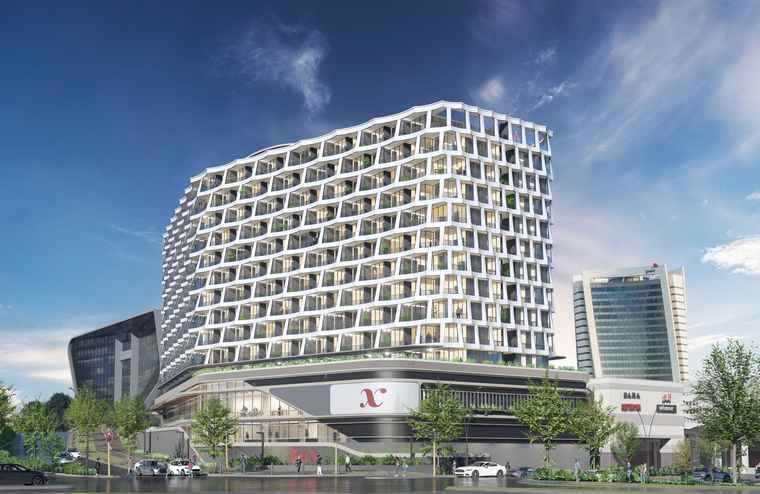 The Mix Waterfall officially launched on Saturday, the 3rd of July, achieving a significant R100 million in sales in only one day which was largely due to the ground-breaking process of allowing buyers to visualise the development digitally and then seamlessly purchase, and pay deposits, online.

A 400-unit high-rise building, the Mix Waterfall is positioned right on-top of Mall of Africa and within the heart of Waterfall City. The development was conceptualised around residents who want everything on their doorstep from business room, gym and wellness offerings, the convenience of laundry and cleaning services, rooftop pool and bar as well as shopping and meal convenience.

Giles Pendleton, Chief Development Officer of Attacq, says their strategy was geared around a four-week pre-launch period which then culminated in the sales release in early July. “Potential Covid-19 restrictions were always a part of our planning which is why we wanted to push the boundaries around the tech element of our marketing which is aligned with the ethos of Waterfall City, our building and our target market”.

“During the pre-launch period, we had over 1 000 people who had shown interest in our product and we wanted to ensure that everyone had the ability to capitalise on the sales release in the safest, fastest, and most responsible manner possible. Leading up to the release at 09:00am, our sales team did an endless number of digital appointments, safe one-on-one engagements at our showroom in Mall of Africa and we hosted a webinar for all leads, where we discussed our product and online purchasing process tutorial with them”.

“The result was that over R20 million in sales were concluded online within minutes of the release and this flow continued during the day with buyers purchasing digitally from all parts of South Africa as well as Dubai, Botswana, and Zimbabwe” comments Robin Magid, Director of D2E, the co-developers of The Mix Waterfall.

“The interest for this development has been overwhelming” says Adrienne Hersch, Principal of Adrienne Hersch Properties. “It has been fuelled by factors including the location, price, facilities, low interest rates and the security of Waterfall City. We have revolutionary digital tools, but we also have an incredible showroom within the Mall of Africa which we have equipped to adhere to Covid-19 precautions which has allowed our visitors to feel safe while getting to experience our full and furnished mock-up”.

“We are delighted that we were able to find the optimal balance between technology and personal engagements to allow buyers to capitalise on the release of the units. We are also excited to be fast-tracking the release of additional penthouses and two-bedroom duplexes in the coming weeks which will add further momentum to our campaign”.