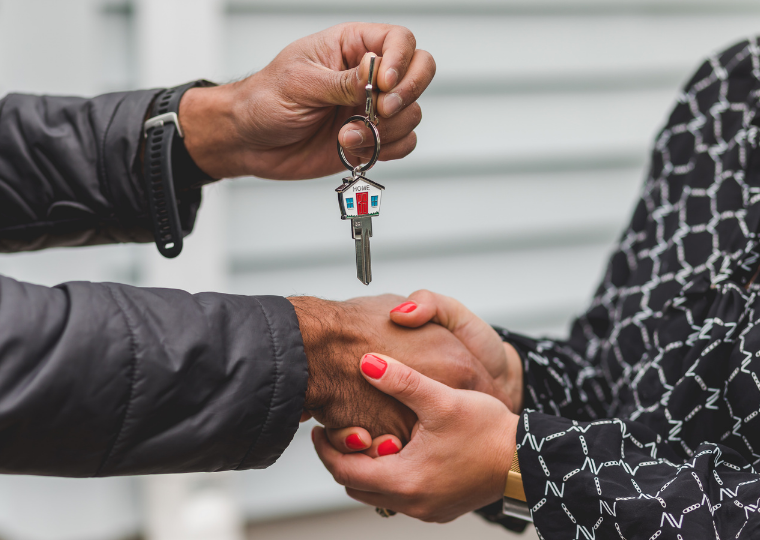 FNB’s Residential Property Barometer for July 2021 indicates that demand in the property market is stabilizing following its strong rebound in the second half of 2020 and into 2021.

However, these levels remain above pre-pandemic levels reflecting the positive effect of lower interest rates on market activity and the pandemic-induced shifts which include the work-from-home movement and home schooling. Households have also had to re-evaluate their housing needs too which has leant in favour of home ownership.

Liquidity remains intact. Mortgage extensions continue to grow at a faster pace with loan-to-price ratios remaining high and it is evident through FNB’s research that much of this credit is funding purchases in the middle to upper-priced segments.

Longer-term demand fundamentals remain a constraint; the latest data shows a slow re-adjustment in labour markets which could weigh on wage income growth. FNB has noticed a potential upside on non-wage income, especially dividend income, which could improve income growth for upper-income households.

The FNB HPI annual house price appreciation for June decelerated to 3.7% year-on-year (y/y) from 4.2% in May. The slowing pace of the house price growth coincides with the slowing of FNB’s propriety demand indicators namely the demand strength indicator derived from FNB’s property valuers’ database as well as internal volumes of mortgage applications.

Both indicators declined in the past three months, possibly suggesting that the interest rate induced demand may have peaked following its strong demand. The latest FNB Estate Agents Survey also points to the activity of estate agents also stabilizing. However, all these remain above pre-pandemic levels, still reflecting the positive effect of lower interest rates on market activity. In this report, FNB identifies two surges in demand and shows that these have been driven by different types of buyers.

Estate agents’ rating of activity (between 1 and 10) slipped lower in 2021’s second quarter to 6.62, down from 6.81 in the first quarter. The affordable market (<R750 000) ranked as the most active segment, followed by the R2.6 million – R3.6 million price bracket as buyers continue taking advantage of the low interest rates. Activity in higher-priced segments is reinforced by incidents of upgrading which, in FNB’s view, is driven by the changing housing needs during Covid-19.

Following sustained improvements in the past few quarters, time on market moved broadly sideways to eight weeks from eight weeks and two days in 2021’s first quarter. This is significantly shorter than the long-term average of thirteen weeks but longer than the five weeks and one day recorded in 2004’s second quarter at the height of South Africa’s property boom. This improvement was mainly recorded in the affordable segments with an average of five weeks and five days (seven weeks and six days previously). The cycle appears to be turning in the R1.6 million – R2.6 million price bracket, which had recorded the best times in the last two quarters. In 2021’s second quarter, the time on market lengthened to eight weeks and one day from six weeks and six days previously. Other segments moved sideways with the >R3.6 million segment recording eleven weeks and one day. Overall, improvements in the time on market could also be due to greater adoption of technology, which in some markets, has shortened the search costs, including the time spent comparing properties.

Discount on asking prices narrowed further to 8% from 9% at the beginning of 2021 – the lowest since 2019’s second quarter and it falls slightly below the long-term average of 10%. This could be indicative of sellers who are becoming more realistic about setting their asking prices.

Sentiment improved slightly during 2021’s second quarter with 79% of estate agents expressing their satisfaction with the prevailing conditions, up from 75% in the previous quarter. This has improved considerably from a low of 19% in 2020’s second quarter at the height of the national lockdown. The improvement was mainly driven by a strong recovery in the upper-priced segments on the back of improved buyer activity. Sentiment remains strongest in the Eastern Cape and Western Cape.

Agents’ expectations of near-term activity continued moderately with only 25% of agents expecting near-term activity to increase from current levels. This is down from 50% in 2020’s third quarter when national lockdown restrictions were lifted and the market experienced pent-up demand. Expectations vary across the segments with 60% of estate agents in the affordable market positive about near-term activity versus only 13% in the conventional market.

Downgrading due to financial pressure remains one of the key reasons for property owners selling in South Africa, accounting for 21% of transactions in 2021’s second quarter and unchanged from the previous quarter. These outweigh upgrading incidents which accounted for approximately 16% of transactions during the same quarter and this remains unchanged. Both downgrading and upgrading incidents are currently above their long-term averages of 18% and 13% respectively and attest to the uneven impact of the pandemic across the consumer segments. Notably, emigration incidents continue a declining trend with agents reporting that these declined to 7% of transactions in 2021’s second quarter from 10% in the first quarter.

This adjustment incorporates stronger than previously assumed demand for mortgages across all segments and pressure in the higher end is lessened by a reduction in supply due to property owners withdrawing their assets for sale from the market as well as a slower rate of emigration.

Price growth in the lower end continues to enjoy support from the persistent shortage in supply. Middle segments are buoyed by low interest rates as well as the demand for bigger spaces to facilitate remote work. However, FNB believes it is unlikely that there is much of this demand ‘left in the tank’.

As pressure in the rental market persists, FNB expects more stock to be released into the market for sale, which could have a dampening effect on price growth in the coming months. Overall, property prices have been unusually slow to adjust to the evidently weak consumer fundamentals. This is due to low interest rates; the nature of the crisis, which incentivised property ownership; the concerted response from lenders that smoothed the impact of severe job losses on housing markets (e.g., through payment holidays and loan restructuring); as well as the relative abundance of credit, as evidenced by rising mortgage extension and higher loan-to-price ratios.

Recent data shows that overall demand may have peaked but it remains above pre-pandemic levels.

However, it is still unclear how much of the current demand is temporary (i.e., driven by cyclical factors, such low interest rates) and how much is permanent (i.e., driven by changes in human behaviour). This will determine how long demand will remain above pre-pandemic levels.