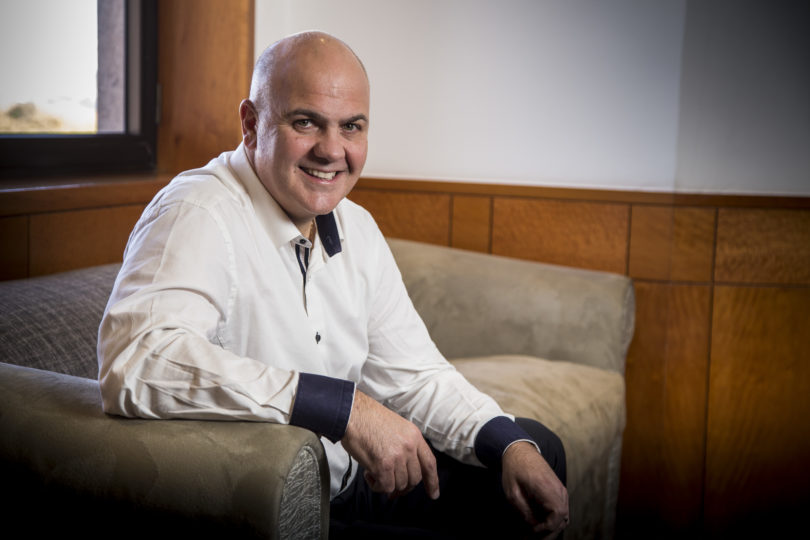 The South African Property Owners Association (SAPOA) recently held a press briefing to address some of the issues surrounding the ongoing looting and destruction of shopping centres, retail outlets and distribution centres.

Representing over 800 organisations within the commercial property sector, 90% of the nation’s commercial real estate is own by SAPOA’s members. SAPOA President, Andrew Konig pointed to the significant contribution the industry makes to South Africa’s fiscus and having their businesses struggle because of Covid-19, are now suffering the dire consequences of criminal activity and rioting.

“During 2020 and 2021, landlords had to bear the full brunt of the lockdown and continued making payment of utilities and property rates to municipalities even when properties were not rent producing. It has been calculated to date, some 800 stores have been looted and 100 malls have been either been burnt down or have suffered significant fire damage and a number of distribution centres particularly in Durban, KwaZulu Natal, have been looted with serious structural destruction”.

Konig quoted from estimated figures supplied by the eThekwini Economic Development and Planning committee, stating that some R1.5 billion has been lost in stock, a R15 billion loss to property, over 50 000 informal traders have lost their livelihoods, approximately 1.5 million people have lost their potential to earn income and there are some 150 000 jobs at risk. The overall result of the past five days of devastation is that there has been an estimated loss to the eThekwini GDP of upwards of R20 billion.

Malose Kekane dispelled an opinion that it is only white-owned monopoly capital funded properties that is being targeted. He said that no one has been spared.

“For a very long-time, black entrepreneurs had no opportunities for investment and the events of the past few days has set back the positive strides that have been achieved over the past 25 years particularly in previously underdeveloped areas. Many of the malls that have made the daily news, these are owned by black property professionals.”

Kekane added that in many cases, those malls that are in the black townships were built to improve the lives of the communities that they serve, and those that are going to be most affected by the loss of income will be the very people that the malls were set up to serve. He alluded to investors who are likely to think twice, before investing further, which ultimately will affect the growing trend of youth unemployment in the country and the immediate ability of those who depended on those centres to earn a living.

Estienne de Klerk added the SAREIT’s voice in strongly condemning the looting and wanton destruction of property and reiterated SAPOA’s call on the government to step up security measures. He has, in the past, talked of the ailing economy prior to the initial lockdown, where the country was plunged into level 5 lockdown, and he reiterated that REIT members have already supported affected tenants with rent relief. As an industry the commercial property sector has continued to pay during the pandemic, its way towards municipal rates, taxes and services, and interest obligations all without any assistance or relief from government.

De Klerk pledged the industry’s continued support to vulnerable businesses and to South Africa’s economy at large. However, he is deeply concerned by the potential breakdown of supply chains caused by the looting and vandalism of distribution centres and the down steam affect it will have on the end user.

“When it comes to security at shopping centres, the reality is that the private sector cannot self-help and it relies on the local law enforcement agencies to provide adequate protection.”

He added his concern about the slow response that government has shown in reacting to the anarchy that is sweeping across the country.

Michael Lawrence, representing the retail clothing sector, also pointed to the significant contribution that his industry plays towards the government’s fiscus. His concern is that Durban, as a port, handles 70% of all imports into South Africa.

The disruption of the supply chain brought about by targeting distribution centres and the trucking industry in KwaZulu-Natal will have a knock-on effect. Whilst there is not a food shortage in the country, many of the agri-processing requirements rely on imported materials to package and process their end products.

Lawrence has been in conversation with various agencies about establishing armed secure convoys to protect trucking. At this stage, it is too early to disclose what action is being considered but he says that it is safe to say that there are many considerations to be entered, such as what type of goods, where they need to go and how they will be transported, all need to be discussed with multiple stakeholders in the transport sector.

The group added that the repair and the re-opening of malls, where a mall has been burned to the ground, is likely to take at least two years, whilst those that have suffered relatively little damage may take a couple of months.

SAPOA thanks and acknowledges the effort and good work of SANTACO, those communities that are risking their lives and members of civic society, in protecting shopping centres.