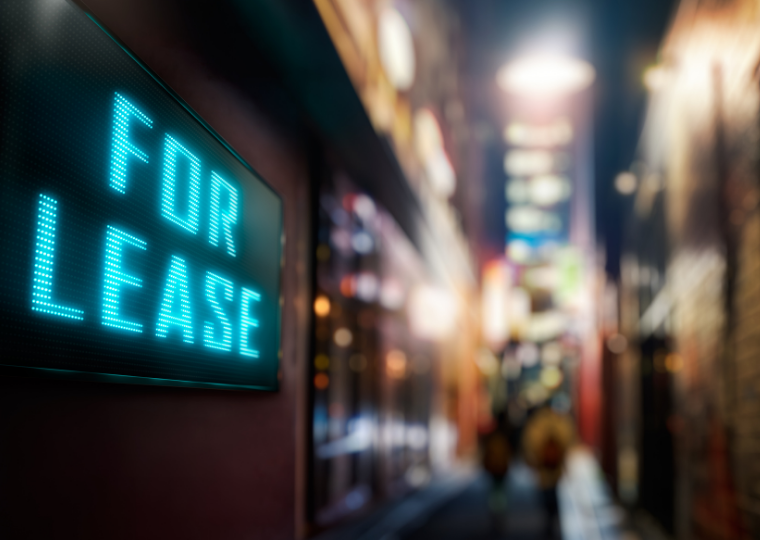 The survey focuses on the key drivers of movement and sales activity, and it highlights financial pressure to still be by far the biggest single driver. However, the latest quarterly reading declined from the previous quarter which could be an early sign that financial pressure is alleviating as the economy gradually recovers from 2020’s deep lockdown-related recession.

Brokers are asked for their perceptions of the major drivers of ‘movement and sales activity’ and to estimate this percentage. The total percentage can add up to more than 100% because businesses could be selling or relocating for more than one reason. This method is not an exact science by it paints a broad picture that shows the highest percentage of property owners are still perceived to be selling or relocating which is influenced by financial constraints i.e., 55.37% in the 2021Q2 survey. This is noticeably down from the previous 65.2% but still 12.3 percentage points higher than the 43.1% recorded during 2020’s second quarter – the pre-lockdown quarter.

This most recent level of financial pressure-related selling remains significant, but it has declined.

Sales and relocations for ‘bigger and better premises’ remain low at 11.1%. This is significantly down on the 18.4% reading from the pre-lockdown first quarter of 2020. However, it has shown some mild improvement from the previous quarter’s 9.3%.

This reading has been significantly lower since the start of the hard lockdowns in 2020’s second quarter. It had already decline as economic and financial times toughened prior to the Covid-19 lockdown but it declined far more noticeably in 2020’s second quarter as the lockdown caused the recession to go far deeper. The most recent percentage of 11.1% continues to reflect the combination of tough economic and financial times since the onset of the lockdown, combined with a cautious approach to property when business confidence is mediocre.

A further key indicator for selling is the estimated percentage of selling to move closer to markets. This percentage declined further to 20.5% of total sellers in the 2021 second quarter survey, the lowest percentage since the survey started, down from 21.6% in the prior quarter and 36.3% at the beginning of 2019.

This suggests a ‘wait and see’ approach by an increased number of potential sellers. While it may often make sense to incur the cost of relocation closer to one’s market, in such a weak economic environment less relocating and more ‘staying put’ for the time being is the likely outcome.

The greatest level of financial pressure-related selling or relocation is perceived to be Gauteng which has the worst readings. Tshwane was recorded the highest in the 2021Q2 survey at 85.3% of sellers but Greater Johannesburg has seen some decline, recording 54.7% in this most recent survey.

Of the three major coastal metros, the worst percentage i.e., the highest, was recorded by Cape Town at 48.6% with eThekwini at 46.4% and Nelson Mandela with the lowest percentage of 29.1%.

Some easing of financial pressure may be at hand, but it is too early for a firm conclusion

However, improvement should be expected in a lagged response to the partial economic rebound following the worst GDP performance during the hard lockdown period in 2020’s second quarter.

In economic data, FNB witnessed elevated financial pressure through most of 2020, notably in a surge in many business liquidations as per StatsSA data.

Liquidation data also shows that while the recent growth rate was significant, it was far lower than the 45.7% year-on-year growth at a stage of the Global Financial Crisis recession in 2009. FNB believes that sharp interest rate cutting this time around has cushioned the blow for businesses, whereas the 2009 recession was preceded by significant interest rate hiking.

Financial pressure-related selling could have been far worse in the 2020 deep recession should interest rates have not been cut significantly.

While FNB expects interest rates to start rising in 2022, a forecast of 2 x 25 basis point rate hikes during next year would be a very mild interest rat hiking move by SARB.