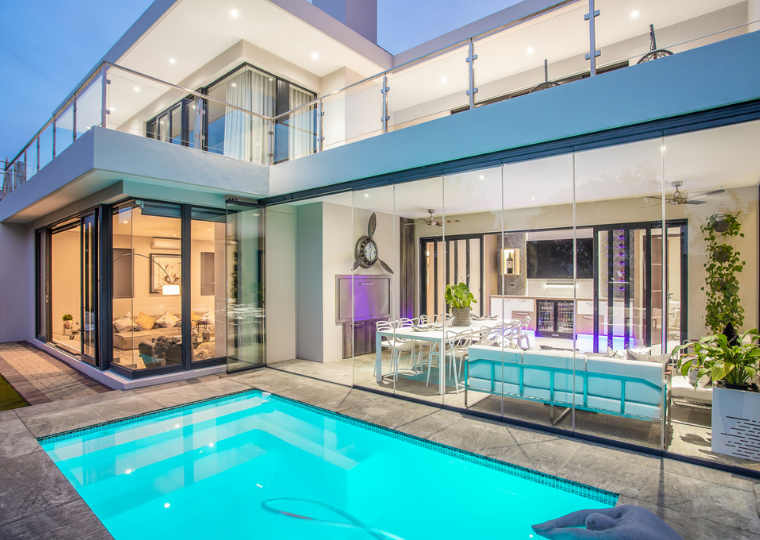 South Africa is experiencing an upsurge in demand for residences within secure, lifestyle estates according to the Pam Golding Property Group.

If tracing back decade, while activity in the national housing market has slowed in recent years, estate sales have remained relatively consistent as a percentage of total units sold, he says. “In 2010, estates accounted for 13% of all units sold, rising steadily to 15% in 2014 before easing marginally to 13.9% in 2019 – a trend which continued into the first few months of 2020, before increasing markedly from May last year”.

While residential estates, and in particular those easily accessible to major hubs and cities, have consistently retained their appeal due to the secure lifestyle, attractive ambience and community-minded approach, it stands to reason that the national lockdown restrictions have underscored the benefits of access to safe open spaces for exercise, sports and recreation; more spacious homes; reduced exposure to those outside of family and close friends; and on-site facilities such as child-minding, shopping, schools and other activities.

“And with load shedding expected to continue, the fact that many estates prioritise ‘green’ living, becoming increasingly self-sufficient in regard to energy and water, or even completely off the grid, further makes the case for investing in an estate home away from congested city life.”

“Notably, the Eastern Cape, which accounts for less than 5% of estate sales, has been gradually gaining market share and by December last year accounted for a slightly larger share of the market than KwaZulu-Natal”.

“In regard to Gauteng, while this province may have seen a decline in total market share of estate sales, it has retained a similar number of top-end (>R3 million) estate sales”.

“Although total Gauteng estate sales (as a percentage of total sales) declined sharply in the second half of 2020 (graph above), it actually recorded a sharp increase in top-end estate sales (see graph below), suggesting the weakness in unit sales was registered in the other price bands.”

“In 2010, Gauteng estate sales saw a slightly larger percentage in the R1.5 million to R3 million price band, however, by 2020 both regions had nearly a third in this price band. In both provinces, the percentage of sales in the top price band showed similar growth.”