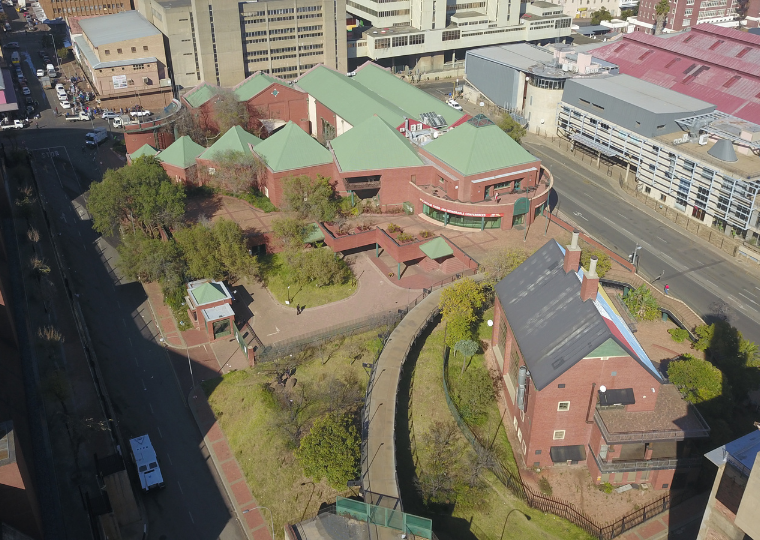 The SAB World of Beer building in Newtown.

The lease on the iconic former SAB World of Beer building in Newtown is up for grabs to the highest bidder.

Broll Auctions and Sales is hoping to attract an investor who will secure a 32-year lease for use of a 5215 square metre erf, zoned industrial, when the building goes on auction on the 27th of May at Johannesburg’s Inanda Club. The building has been valued at R27 million.

The World of Beer was officially opened by former President Nelson Mandela in 1995 in celebration of SAB’s centenary year. The museum and conference venue helped to rejuvenate tourism in the city centre, hosting almost 50 000 visitors a year, before closing in 2019.

Marc Kessel, Senior Broker at Broll Auctions and Sales said the lease holder would secure exclusive use of the venue to do with what they will, and “simply pay the running costs and for any improvements or modifications they wish to make’”.

With 60 parking bays, the venue is ideal for use as a mixed-use venue, or an entertainment and food hub. “It is located within a trendy area, close to the Market Theatre and Turbine Hall and is close to the offices of major banks“. Kessel says Broll Auctions was welcoming all offers.

The venue is owned by the City of Johannesburg and the lease expires on December 31, 2053.