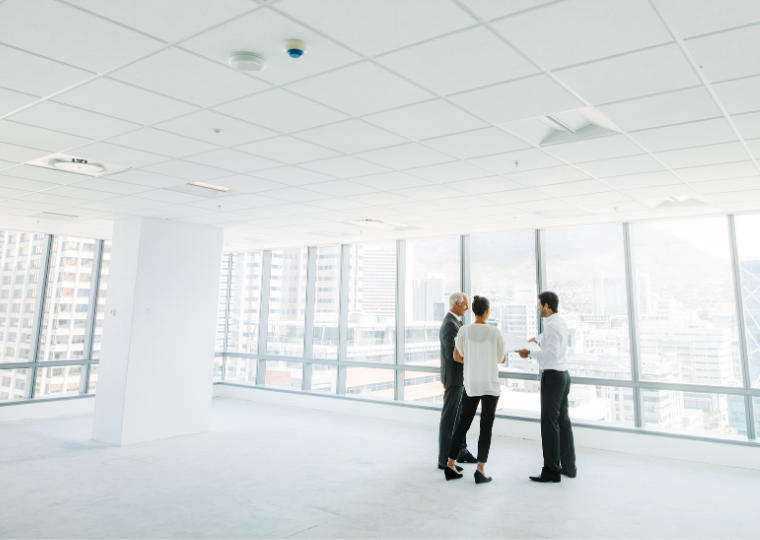 In FNB Commercial Property’s Broker Survey for 2021’s first quarter, financial pressure is still perceived by far as the biggest single driver for movement and sales activity in owner-serviced properties.

The property brokers interviewed were asked for their perceptions of the major drivers of ‘movement and sales activity’ in the owner-serviced property segment and they estimate the percentage of movement and sales that they believe would take place for a particular reason. The total percentage of all the reasons can add up to 100% because business could be selling or relocating for more than one reason.

Not an exact science, these results rather provide a broad picture of what is yet again, the highest percentage of owner occupiers perceived to be selling or relocating influenced by financial constraints or pressures i.e., 65.2% in the 2021’s first quarter survey. This is almost unchanged from the previous 65.33% but 22.1 percentage points higher than the 43.1% recorded in 2020’s first quarter.

The most recent level of financial pressure-related selling remains significant despite not having risen further in the most recent survey.

Sales and relocation for ‘bigger and better’ premises remain low at 9.3%. This is down from the prior quarter’s 12.9% and from the higher 22.1% at the start of 2019 when the survey was launched.

This percentage has declined prominently as economic and financial times toughened prior to the Covid-19 national lockdowns but then declined even more in 2020’s second quarter as the lockdown causes the recession to worsen. In 2020’s fourth quarter, a mild increase was thought to be reflective of economic and property market trading activity largely normalizing following the second quarter hard lockdown but the most recent 2021’s first quarter decline suggests that financial constraints emanating from the hard lockdown period are still present.

A further key reason for selling, which may reflect both current financial pressure on businesses as well as risk aversion due to economic uncertainty, is the estimated percentage of sellers selling to move closer to their market. This percentage declined to 21.6% of total sellers in 2021’s first quarter survey, the lowest percentage since the survey started, down from 27.2% in the prior quarter and 36.3% at the beginning of 2019.

This suggests a ‘wait and see’ approach by an increased portion of aspirant sellers. While it may often make sense to incur the cost of relocation closer to one’s market, in such a severe recessionary period, ‘staying put’ for the time being is likely to be the outcome.

Examining where, by region, the greatest level of financial pressure-related selling or relocation is perceived to be, Gauteng no longer appears to make the top of the list. Tshwane was the highest in 2021’s first quarter survey at 82.8% of sellers but Greater Johannesburg has seen some perceived decline, recording 58% in this most recent survey. Two of the three coastal metros are now slightly higher than Johannesburg with Cape Town recording 63.5% of sellers perceived to be selling for financial pressure-related reasons, eThekwini having climbed noticeably to record 69%, while Nelson Mandela Bay recorded the lowest percentage of 47.5%.

The first quarter 2021 FNB Property Broker Survey points to financial pressure amongst property owner-occupiers remaining high even after lockdown has been eased, following the hard lockdown of the second quarter of 2020. The estimated percentage of sellers selling to downscale due to financial pressure remains relatively high compared to the pre-lockdown surveys, although it did not rise further in the most recent one. The unchanged percentage, read in conjunction with other key data, may point to a peak in the level of financial pressure-related selling being reached, and possibly some mild decline in the coming surveys.

“We anticipate this in part because in the tenanted part of the commercial property market, there has been noticeable improvement in tenant payment performance since the end of the second quarter 2020 hard lockdowns” comments John Loos, Property Sector Strategist at FNB Commercial Property Finance.

“We have observed some noticeable improvement in the percentage of total tenants in good standing with their landlords regarding rental payments, from a low of 50.36% in the second quarter of 2020 to 61.62% by the fourth quarter of 2020, according to TPN figures. This improved level, however, remains exceptionally low compared to the 77.85% level recorded just prior to lockdown in the first quarter of last year”.

“Liquidation data also tells us that, while the recent growth rate was significant, it was far lower than the 45.7% year-on-year growth at a stage of the Global Financial Crisis Recession back in 2009. We believe that sharp interest rate cutting this time around has cushioned the blow for businesses, whereas the 2009 recession was preceded by significant interest rate hiking”.

Financial pressure-related selling of owner-serviced properties could have been far worse in this 2020 deep recession should interest rates have not been cut significantly to cushion the blow. The percentage of owner-occupiers believed to be selling to upgrade to a better property remains very low compared to pre-lockdown surveys and declined in the first quarter 2021 survey. This, along with a low estimated percentage of sellers doing so to move closer to their market, reflects perhaps not only financial constraints still being high. It is also possibly reflective of perceived high uncertainty regarding future economic and market performance, encouraging a ‘stay put’ and ‘wait and see’ approach by a portion of aspirant movers.

“The latest survey results point to lagged economic and financial impacts of the Covid-19 lockdown period persisting in the owner serviced property market, but other data related to business financial pressure in other markets points to some easing of late, providing some mildly encouraging signs of things to come for the owner serviced market too”.