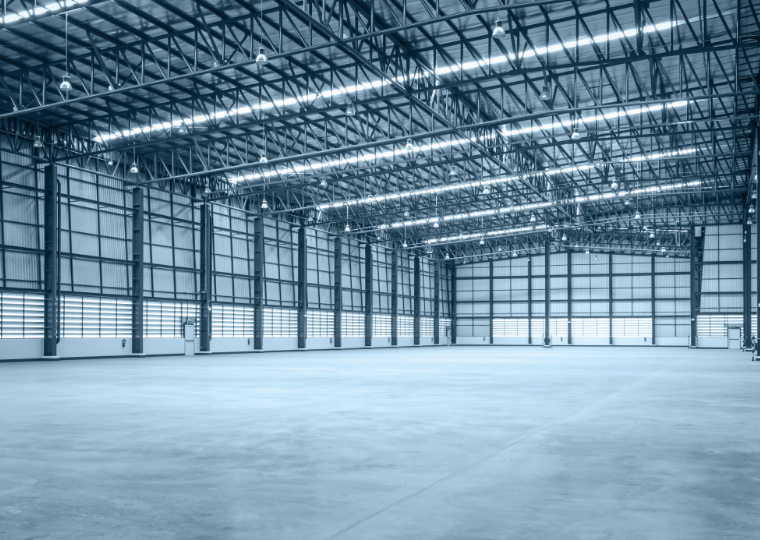 FNB’s Property Broker Survey of Rental Market Conditions surveys a group of commercial property brokers in and around South Africa’s six major metros namely the City of Johannesburg and Ekurhuleni (Greater Johannesburg), Tshwane, eThekwini, the City of Cape Town, and Nelson Mandela Bay who have a strong focus on the owner-serviced market with a portion of these brokers dealing in developer or investor markets as well as in the listed property sector.

FNB asked the property brokers to provide a rating of rental market activity on a scale from 1 to 10, with 10 being the strongest. Like FNB’s buying or selling survey component, the rental market component still shows the highest levels of optimism emanating from the industrial and warehouse property market. In this segment, the activity rating rose from 4.5 in the ‘lockdown’ second quarter to 6.51 in 2021’s first quarter survey. This is the third consecutive quarter of increase in this sector’s activity rating.

Retail has also seen strengthening in its market activity rating, from a 3.62 low in 2020’s second quarter to 5 by 2021’s first quarter, also the third consecutive quarter of increase. However, the office sector’s activity rating has declined from 3.70 as at the hard national lockdown during 2020’s second quarter to 3.49 during 2021’s first quarter, leaving it by far the sector with the lowest rating of the three major commercial property sectors.

Activity trend over the past six months

FNB asks the property brokers a follow up question to the activity rating – whether they believe that rental market activity has strengthened, weakened, or remained the same for the six months prior.

Out of these responses, FNB creates an index by allocating a +1 score to an ‘increased’ response, a zero to an ‘unchanged’ response and a negative -1 to a ‘declined’ response.

The scale of the ‘Index for direction of change in rental market activity over the past six months’ is from +100 to -100. A score of +100 would imply that 100% of respondents perceived an increase in time on the market over the past six months and -100 would imply 100% of respondents perceiving a weakening, while a zero level would mean that those providing an ‘increased’ response equals those responding with ‘decline’.

Of the three property classes, the industrial property survey returned the most positive index reading of +59, meaning that 59 percentage points more of the respondents perceived an increase in rental market activity than those who perceived a decrease.

By comparison, the readings in the retail and office markets for this response were weaker, although that of retail was not far behind on +36.7 but the reading for the office sector was significantly weaker, recording a negative reading of -17.9.

Using the same methodology as above, FNB compiles an index on a scale of +100 to -100 for the responses as to whether vacancy rates have risen, remained the same or declined over the past six months.

Here, the office property sector is perceived to be by far the weakest major property class, with an index reading of +56.4, implying that a significant 56.4 percentage points’ more respondents perceive office vacancies to have been rising in the prior six months than those respondents perceiving a decline. This is still a strong bias in favour of rising vacancy rates, despite being mildly lower than the prior three quarters.

The retail property sector, by comparison, has a far less significant bias towards rising vacancy rates to the tune of +13.3, this bias being greatly reduced from a high +90 just two quarters earlier.

The industrial property reading is the only property class of the three which shifted to a bias towards declining vacancy rates, to the tune of -18 during the first quarter of 2021.

The aggregate perception of rising vacancy rates is still strong in the office sector.

And while square metres of industrial space plans passed have declined sharply since 2018, a positive from a point of view of curbing oversupplies in future, recent new space completions remained significantly ‘elevated’.

In addition, quarterly GDP data has been recording sharp drops in economy-wide inventory levels through 2019 and 2020, a typical trend during weak economic and recessionary periods, but something that would likely dampen warehousing demand if anything but perhaps the brokers are experiencing early signs of the start of a re-stocking of inventories through the economy, driving manufacturing back into growth territory, resulting in expansion plans by some.

The one up to date leading indicator pointing to some strengthening is the Manufacturing Purchasing Managers Index (PMI) New Sales Orders Sub-Index, which has risen markedly in the last three months to a healthy level of 60.4. a level well back into ‘expansionary’ territory (50 being the dividing line between expansion and contraction).

The property broker survey for industrial property may be reflecting what the most recent Manufacturing PMI readings have been telling us – that stronger times are at hand.

While Rode data showed industrial property year-on-year rental inflation nearing zero late in 2020, the most recent broker survey suggests the possibility that industrial rental growth may begin to turn the corner before venturing too far into negative territory.

The same however cannot be said for office rentals, with Rode data already having reached -4.47% year-on-year decline in de-centralised A-Grade Office Rentals by the final quarter of 2020. The survey suggests more office rental deflation likely to follow in the near term.

Near term expectations: Covid-19 impact still features prominently on the list of issues.

Near term activity expectations amongst the brokers have most often (in prior surveys) been biased towards strengthening, when FNB asks them to provide their six-months ahead expectations for rental market activity (i.e., increase, decrease or remain the same).

In 2021’s first quarter survey, a bias of the brokers towards higher near-term market activity was recorded in all three major property classes. Interestingly, though, was that the aggregated expectation for industrial property was not overly strong.

The industrial property respondent group’s index reading was a positive +20.5. This was virtually the same as the +20.5 reading recorded for office property, and mildly ahead of the +16.7 reading for retail property.

The office property reading comes as the surprise, given the very weak actual situation portrayed by the group of brokers.

It must be pointed out that brokers may have an inherent bias towards the positive, when coming to the future expectations part of the survey, in much the same way that economic forecasters are often hesitant to forecast recessions that take place periodically, opting to project low growth rates often instead. Such biases do exist and FNB expected a stronger positive reading for industrial property than for office property at this stage.

The main factors that brokers cite as key influences on their near-term market activity expectations are often insightful and have proved to be interesting in the office sector survey for the first quarter.

The Covid-19 lockdown impact was strongly on brokers’ minds, and in this survey, a significant 38.5% of the brokers still see companies re-evaluating office space needs and, in many instances either downscaling their amount of office space required or planning to do so, in part due to greater levels of employees working from home perceived.

12.82% only perceive prime office space being sought after. Against the above major negative influencing factors, there is a group of more optimistic brokers, 15.38% of brokers expecting small business interest in office space to pick up. Those were the main influencing factors cited by broker respondents in the office rental market.

A significant 30.77% of the industrial property S=survey respondents pointed to expected small business demand for space, which perhaps makes sense given its relative affordability in tough economic times, while also being the most adaptable property class.

10.3% of respondents point to increased need for warehouse space as online retail grows.

10.3% of respondents perceive manufacturing to be picking up, with fewer imports taking place.

However, 10.3% perceive only prime space to be in demand.

Interestingly, in the retail market, 40% of retail property brokers expect positive development in terms of small business interest in space as well new businesses starting up.

13.33% also see rentals being reduced to keep or attract tenants, while 6.67% perceive landlords still charging unrealistic rentals but 16.67% of respondents are still concerned with the economic impact from Covid-19.

Interestingly, only 3.33% of respondents point to online retail as a key factor reducing centre footfall – a higher percentage was expected.

The activity rating of industrial property is the only one to have surpassed the pre-lockdown first quarter 2020 level.

In industrial property, the brokers perceive vacancy rates to have declined for the six months prior, which they do not perceive yet for either the retail or office markets.

Their perceptions are that the office rental market is by far the weakest of the three, both in terms of activity levels as well as vacancy trends.

FNB expects average office rentals to continue their deflation in the near term, with Rode data already having recorded noticeable year-on-year deflation in recent quarters.

Examining near term market activity expectations, in all three property categories, the brokers are ‘moderately’ biased towards strengthening.

Concerns related to the pandemic and its impact on the economy and property, remain strong. In office property, the biggest factor influencing expectations is still how companies revise their office space needs as remote working increases in importance, but recession -related employment decline is also a factor here.

In retail property, the brokers point to a significant level of new business start-ups, while surprisingly few points to online retail as a key issue with the state of the economy and consumers remaining a more significant issue for the group.