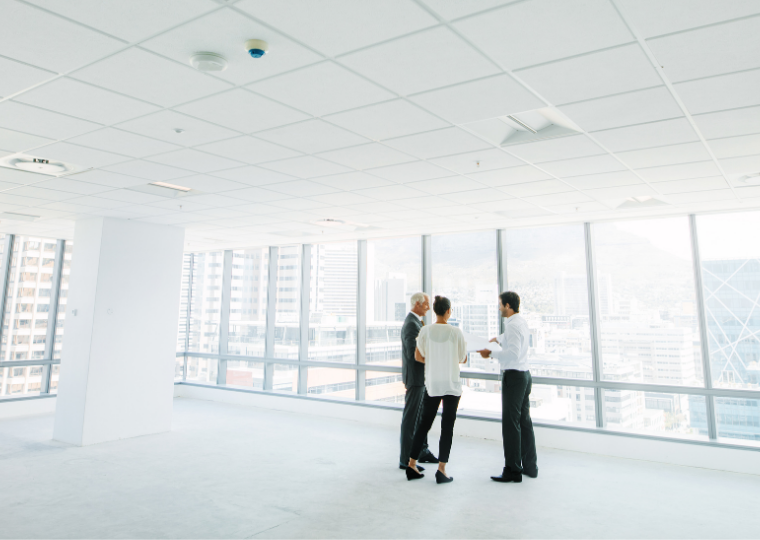 One of the ‘casualties’ of the oversupplied commercial property market has been the sharp decline in investment in the building of new commercial space over the past few years which is not good news for the built environment because it is necessary to restore some demand-supply balance and it appears that weak new building activity will continue throughout 2021.

Industrial property, the least oversupplied of the three major commercial property classes, has seen its planned building activity ‘hold up’ the best. For the twelve months to January 2021, square meterage of industrial space in new building plans passed was at 63.7% of the twenty-year average level.

In comparison, square meterage of retail space plans passed was running at 44.2% of the twenty-year average for the sector. The most oversupplied sector, the office property sector, has witnessed its square meterage of office space plans passed decline the most significantly – for the twelve months to January, these were only running at 23.9% of the twenty-year average level.

This oversupplied market leads FNB to continue to expect weak new building activity throughout 2021, along with the further decline in average property values in the near term.

It appears that Greater Johannesburg is the weaker market in industrial, retail and in office space.

In the retail property market, the two coastal metros of eThekwini and Nelson Mandela Bay are perceived to be less oversupplied than the two Gauteng metros and Cape Town with Greater Johannesburg the weakest market in this category too.

In the office property market, Greater Johannesburg stands out as the weakest market but in this case, the widespread weakness stretches across all metros.

While retail property experienced the worst of the April and May hard national lockdowns and it emerged as the property class losing the most income in the first half of 2020, office workers were largely sent to work at home during lockdown and office tenants fared better than retail tenants payment-wise in 2020.

But the Finance, Real Estate and Business Services (FREBS) Sector, a key driver of office space demand, has been shedding significant amounts of workers, as well as planning for a world with greater levels of remote work for employees. All of this is highlighted by brokers in other components of FNB’s survey, and with a portion of companies scaling down in part or in full on office space requirements, it is a lack of demand for office space which is weakening the market further.

It is likely that the office property sector will continue to be the underperformer in the three main commercial property classes in 2021.