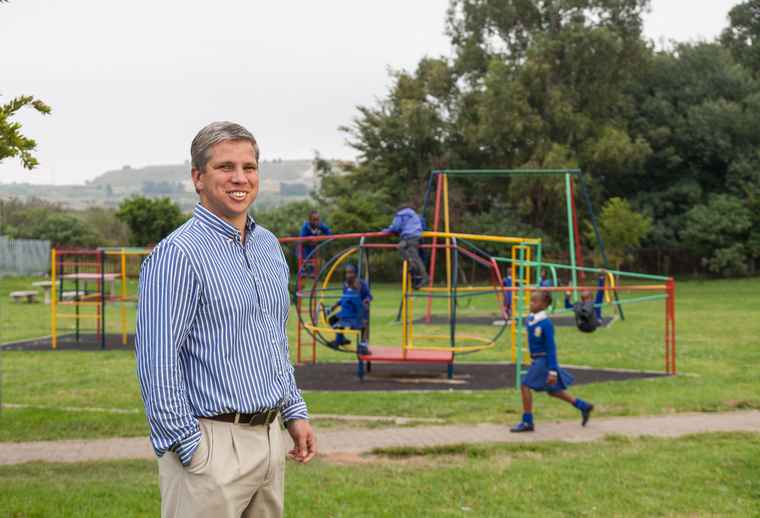 Residential property and Memorial Parks developer Calgro M3 have embarked on a series of actions designed to ensure ongoing sustainability and a return to fundamentals.

The rationale for selling non-core projects is now being executed in line with capital allocation priorities where the proceeds of such transactions will be applied to projects that are further progressed and where a better return can be achieved says Wikus Lategan, CEO of Calgro M3.

“Proceeds will also be used to reduce debt, and/or for possible further share buy-back transactions at levels management deems to be at a material discount to not only intrinsic value, but also to tangible asset value. It is common knowledge that Calgro M3 currently trades at a substantial discount to net asset value.”

The company was able to sell its only Free State project in Vista Park for R49 million and to retain a R40 million profit, aligning with its strategic goals to be involved in fewer but more profitable projects in selected provinces.

Lategan says that to ensure the group’s sustainability, management is working hard to ensure that there is sufficient capital to have the necessary infrastructure in place at development projects, rather than to rely on Government for this. “This ends up being a win-win situation for all concerned, for those buying homes, for Calgro M3 and for Government, as Calgro M3 assists to reduce the housing backlog,” he said, adding that the group continues to experience good demand for the housing units it builds.

“We have also been able to substantially de-risk the business with long-term infrastructure funding options from development finance institutions, or DFIs, which make it their core business to fully understand long-term housing projects. The DFIs that Calgro M3 has partnered with understand that they too are doing their part in helping South Africa where critical housing shortages are prevalent.”

With respect to the share repurchase, Lategan says it was disappointing that their share price was undervalued, given that Calgro M3 has an established history in South Africa, servicing a critical high demand sector of the local market i.e., affordable housing.

“We have been saying this for a while now, and, given the net asset value on the balance sheet of R781,5 million, this equates to close R6.43 per share, excluding treasury shares. We believe that by repurchasing shares at a material discount to Calgro M3’s intrinsic value, this represents a good opportunity to create value for our shareholders.”

The repurchase constituted approximately 4.6% of Calgro M3’s total issued share capital, with the repurchased shares having subsequently been cancelled. With the exclusion of treasury shares, Calgro M3 now has 121 400 069 shares in issue. Executive management have personally acquired more than 2% of the shares in issue (excluding treasury shares) since July 2019 in support of the group’s strategy.

Lategan went on to say that Calgro M3 had been extremely vigilant and prudent regarding cash management: “Given that we had a good cash balance, the repurchase was settled in cash.”

He added that due to the strong focus on cash generation, Calgro M3 has been able to settle and restructure debt with a net decrease of R111 million, and with minimal short-term maturities remaining. The group has also been successful in securing additional long-term facilities, thereby increasing its cash reserves.

Lategan acknowledged that 2020 had been a difficult operating year for Calgro M3, given the impact of Covid-19. “This was in addition to other problems related to doing business in South Africa such as invasions of partially-built blocks at some developments and a longer than expected lead-time to get a transformer in place at Fleurhof.”

Calgro M3, cognisant of the demand for affordable housing in South Africa, continues to experience spend on housing from Government, although this has been curtailed and not at levels experienced in previous years. “Rather than wait for the pendulum to swing back, we’ve started selling non-core projects to raise capital, as well as accessing development finance through institutions such as Proparco and the International Development Finance Corporate as outlined below.”

In terms of the latter, the group recently secured a funding facility to the value equivalent of US$20 million from the US-based International Development Finance Corporation, its second international funding facility to date. The facility has been made available on an unsecured basis, with a capital and interest rate swap to hedge the foreign exchange movements for the duration of the loan period, which is seven years. Calgro M3 has thirty months to fully draw on the facility, with the first disbursement having to be made within the first twelve months. “Capital repayments will be made in seven equal instalments starting in the fourth year of the loan”, Lategan explained.

“The capital will contribute to our funding requirements to deliver low-income housing units on our secured pipeline in priority urban development areas, with our current pipeline standing at in excess of R20 billion, as well as provide a huge cashflow buffer against any future challenges and economic conditions”.

Currently, 62.8% of Calgro M3’s borrowings comprise of funding obtained from local and international DFIs with loan terms of between four and six years, with the balance coming from the issuance of floating rate notes through the group’s Debt Capital Markets Programme. “Once the DFC facility has been fully drawn down, this percentage increases to approximately 71.4% of the group’s total borrowings.”

Calgro M3 continues to have an excellent asset base of large, popular development projects in staggered stages of development, including a pipeline of 36,127 available stands. Of these 2,920 were under construction at the end of August 2020, with many more commenced, and 6,596 are serviced opportunities.

Similarly, across the five Memorial Parks that Calgro M3 administers and runs, growth has come through strongly. “Our parks have been busier due to the Covid-19 pandemic and we have gone above and beyond to support grieving families in these unusual times,” he concluded.