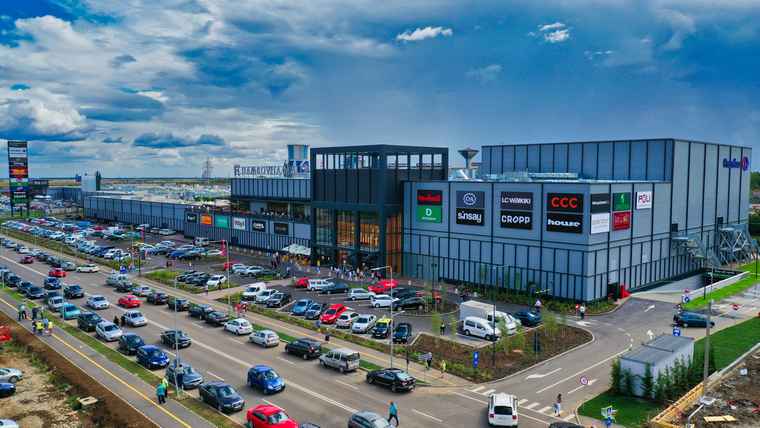 “We are extremely pleased with management’s pre-emptive handling of the Covid-19 pandemic, especially in its early phases, as well as the disposal of our Western European properties in favour of opportunities in Central and Eastern Europe (CEE). Management has made significant progress in re-positioning the business towards CEE, putting in place, within twelve months, most of a strategic mandate which had been anticipated to take three years” comments MAS’ CEO, Martin Slabbert.

MAS experienced an improvement in CEE valuations due to better-than-expected and generally strong open-air mall performance. Like-for-like sales at open-air malls for the six months were 2% higher than sales for the same period in 2019, despite restrictions in Romania.

Dambovita Mall, a new enclosed mall, opened in August 2020, in the middle of the pandemic, which has shown strong performance to date due to its variety of retail offering, positioning and good trading fundamentals in Romania. Furthermore, the country’s economy outperformed the rest of the entire European Union last quarter, when the government eschewed the harsh lockdown of most of the continent. A Bloomberg report notes the Q4 expansion of 5.3% put it ahead of all other EU members to have reported data so far.

The article notes: “The fourth quarter was good for other parts of eastern Europe too: Hungary and Bulgaria both unexpectedly recorded growth from the previous three months, according to numbers published.”

In 2016, MAS and Prime Kapital entered a development joint venture (DJV) in which MAS provided 40% of initial capital and has a funding partner role, and Prime Kapital provided the balance of 60% of initial capital together with development capabilities and resources. In addition, in November 2019, MAS entered a transaction with Prime Kapital, by which integrating the latter’s property interests in CEE into MAS’ directly owned CEE properties, as well as transferring its property management platform to MAS, thereby accelerating the latter’s focus on CEE. The strength and resilience of the retail assets developed with Prime Kapital forms the backbone of MAS’ portfolio and has outperformed its other assets.

Good progress was made in the disposal of assets in Western Europe, of which 78% of gross lettable assets was sold by December 2020, which were largely unaffected by the pandemic and which performed according to expectations. The disposals completed through a well-structured process that took advantage of quantitative easing implemented by the European Central Bank, leave MAS with low gearing and more than enough liquidity to fund its obligations to the DJV.

Residential sales at the Avalon Estate in Romania remained strong throughout the period under review – something not experienced by all developers. Phase one works, comprising of 254 out of 746 planned dwellings, commenced in November 2020 and are expected to be delivered on schedule from December 2021 until completion by June 2022. In February 2021, a residential sales office opened at the ten-hectare Silk District site, with work on the first phase of the residential development (315 apartments) scheduled to commence during July 2021.

The board declined to declare an interim dividend for the six-month period to the 31st of December 2020 – a cautionary measure due to a combination of Covid-19 and an uncertain trading environment following lockdowns.

MAS said it will consider resuming dividend payments when the pandemic is effectively over, business is sufficiently profitable and depending on the attractiveness of investment opportunities relative to available liquidity at the time.