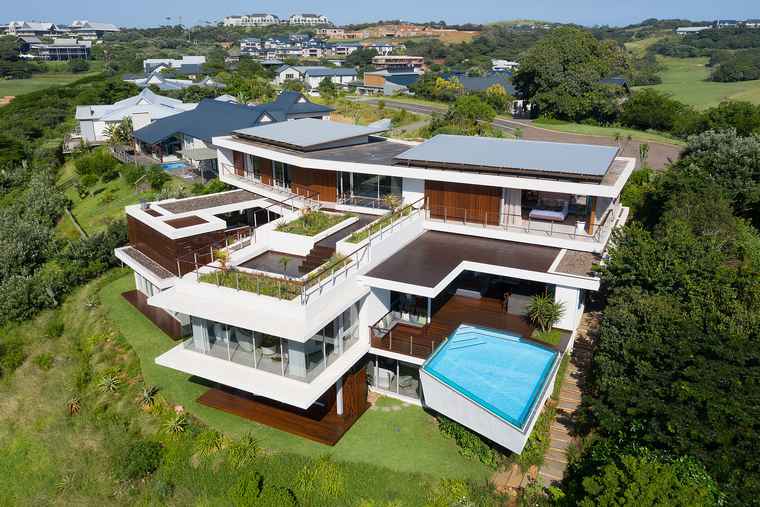 The appeal of KwaZulu-Natal’s North Coast is increasing exponentially and home buyers – including those from Gauteng – are looking to make this scenic region their home, edging further northwards, particularly with new schools and commercial developments in the pipeline for these areas.

Farah Williamson, Pam Golding Properties area principal for the region stretching from Blue Flag Westbrook Beach to Zimbali and Ballito and right through to Zinkwazi, says the market along this North Coast region remains buoyant and flourishing with a broad variety of appealing residential opportunities including numerous burgeoning estate developments.

“As a primary residential destination, coastal hamlets such as Shaka’s Rock, Salt Rock, Sheffield, Tinley Manor, Blythedale, Prince’s Grant and Zinkwazi are no longer perceived as being ‘too far up the coast’, particularly since the rapid uptake of the ‘work from home’ trend. On the contrary, these areas are extremely attractive to a broad cross-section of home purchasers from various provinces including Gauteng, comprising not only permanent and existing home buyers but also those looking to acquire a holiday home, retirees, and pure investors” she says.

During the tough times experienced, many people have been compelled to slow down and they have taken a good look at their lives and reassessed how they want to live – and quality of life is key. “They are looking for a more balanced life and affordability is an appealing environment. The KwaZulu-Natal North Coast ticks all the boxes, resulting in not only local home buyers but many others semigrating from Gauteng and other provinces.”

Pam Golding Properties Zimbali area specialists Sascha Bausch and Marcelle Conradie say that with increasing demand for primary residence-intended property, Zimbali is often the estate of choice for buyers looking to settle on the Dolphin Coast – a continued trend which has evolved over the years and promoted a family-oriented lifestyle environment.

“The age profile of new buyers investing in Zimbali constantly changes as younger families with growing children are making this their new home. In 2019 this saw a significant trend with 62% of buyers being under the age of 49 years, a number which increased to 77% in 2020”.

Home buyers are impressed by Zimbali’s commitment to providing world class facilities for all residents, which includes aquatic, tennis, squash and indoor fitness and sport infrastructure. More recently, refurbishments and extensions at the Valley of the Pools and its restaurant, designated walking, and mountain bike trails, upgrades to the Bushbuck Club and Pool incorporating a new state-of-the-art putt-putt course and improved children’s playground bear further testament to this. In addition, a new floodlit, multi-purpose astroturf sports field is about to be unveiled while Zimbali will embark on a major refurbishment of its Country Club during this year.

“Becoming increasingly more popular, offering a quality lifestyle and importantly, security, estates along this coastline are holding their ground in terms of sales and pricing due to the ongoing demand. Regarding pricing, developers who are building spec homes are building with the price range of about R5.5 million to R6 million in mind for freehold homes, as this is where the demand is and where buyers are comfortable to invest in a home of about 250-280sqm in size. In Zululami, a residential development in Sheffield, you can acquire a brand new, plot and plan, freehold home for about R5.56 million with no transfer duty payable” says Williamson.

“However, as a first-time buyer or retiree looking to get into a secure lifestyle estate, you can purchase a home at around R1.8 million, with access to all the excellent facilities the estates offer, which is exceptional value for money. If you prefer to buy land to build your own home, you are looking at a minimum spend – including construction of the home – of R3.5 million to R4 million. At the top end of the market recent sales range up to residential properties fetching close to R20 million”.

“In the Ballito market alone, there is huge growth and several new residential developments on offer along the coast in Sheffield, such as Seaton, Zululami and Elaleni, all top-quality estates with great value for money pricing. The attraction here is investment opportunities, private beach access, security and an appealing, more carefree lifestyle.”

Williamson says the composition of buyers in estates varies in different estate developments – Zimbali still draws predominantly Johannesburg-based buyers while purchasers in Simbithi and Brettenwood are mainly from KZN and surrounds, or those from within the estate downsizing or previously renting. “Buyers in Lazuli, an off-plan development in Port Zimbali which includes retirement homes, are mainly from KZN and surrounds. Overall, most of our estate sales are for permanent living, with the balance for investment or leisure use – especially those on the beachfront or one road across from the beach”.