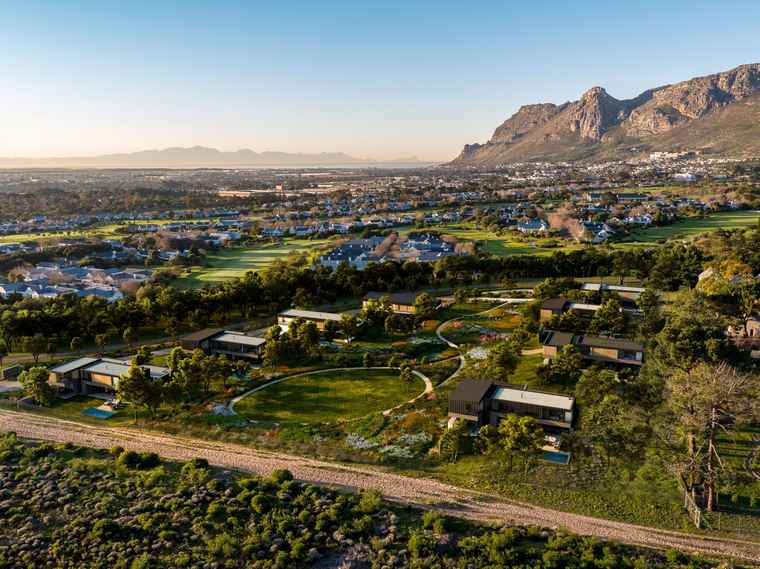 A aerial view of Steenberg in Cape Town.

Cape Town’s Southern Suburbs has proven to be one of the most popular areas which has enjoyed booming property sales over recent months as buyers take advantage of value for money properties, access to good schooling and an abundance of lifestyle options with decentralised office nodes.

“The Southern Suburbs has an abundance of restaurants, coffee shops, upmarket deli’s, art galleries and boutique shops.  Let us not forget the wine estates, Kirstenbosch botanical gardens, various museums, hiking and walking trails, and horse-riding trails found throughout the area” she says.

Residents are spoilt for choice when it comes to good schools including Sacs and Westerford in Newlands, Bishops Diocesan College in Rondebosch, Herschel and Western Province Preparatory School in Claremont, Reddam in Constantia, and Springfield Convent in Upper Wynberg.

“We are seeing more and more buyers looking in the Southern Suburbs.  The ongoing influx of Gauteng residents relocating to the Cape has also bolstered the sales in this desirable, well-established and safe area, and we anticipate ongoing buoyant sales for some time to come,” advises Horne.

“Added to this is the University of Cape Town situated in the Southern Suburbs.  Areas such as Rondebosch and Newlands have an ever increasing demand for student accommodation due to their close proximity to the University – because of this the Southern Suburbs have a consistent upward trajectory in house prices, high rental return and high rental demand for students and young professionals.”

Paul Upton, head of developments for Dogon Group says that the booming demand for property in the Southern Suburbs has also given rise to a myriad of upmarket and highly desirable brand new developments which range in scope to suite a variety of buyers.

Upton unpacks some of the developments currently on the market in the Southern Suburbs:

“Amongst the new developments in Kenilworth Upper are Robinson Oaks, with homes starting from R4.9 million, and The Summerley starting at only R2.1 million.  In Rondebosch there is The Chesterfield, which is well-priced from R3.3 million, and in Claremont upper there is Herschelwood, which has seen huge demand from buyers with only one property still available.”

“In Newlands there is Firdale, Villandrie, and the Kildare Lane development, with prices starting at R8.7 million, R6.9 million and R7.7 million respectively,” says Upton.  “The boutique Bordeaux Development in Constantia features two luxurious homes only, which are priced from R19 million, and in Bishopscourt there is Bishops Village, a secure residential estate featuring four homes, two of which have already been sold.  Prices here start at R7.3 million.”

“In addition to this there is also the recently launched Steenberg Green Estate which is an exceptional two-hectare ultra-exclusive boutique estate that will feature only ten homes once completed. Prices at Steenberg Green start at R16.9 million.”

“A large benefit to all of these above-mentioned properties is that as new developments, no VAT or Transfer Duties are payable on any of them, saving buyers a substantial amount of money,” says Upton.

The trend of mixed-use suburbs where people can live, work, and relax will be ever-increasing in South Africa and Dogon Group forecast that in addition to the Southern Suburbs remaining popular, other areas such as the West Coast suburbs of Blouberg as well as the Northern Suburbs and Hout Bay will increasingly start to follow trend and in turn attract more and more buyers.