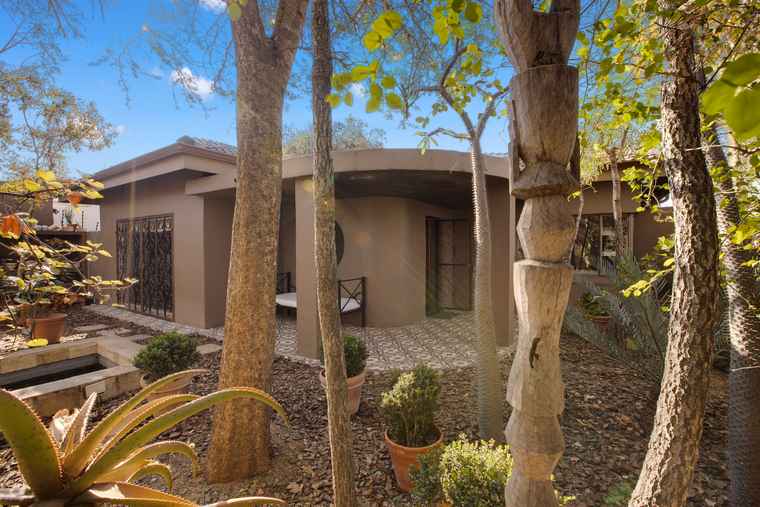 A Parkhurst home on the market in Johannesburg for R1.999 million (Pam Golding Properties).

The property market has seen vacancies rise and values drop, in some cases by up to 30% during 2020 with an unexpected surge in activity in ‘entry level’ residential properties.  Whilst the current prime interest rate of 7%, lower than it has been for more than fifty years, is undoubtedly one of the main drivers of this boom, it is unexpected in the circumstances that 2020 has produced and warrants attention.

Whilst the boom is widely acknowledged and welcomed it warrants unpacking the drivers of this demand and the implications this has for the economy in general.

“It became apparent that something in addition was going on with the volume of trade and the number of transactions taking place” says Dr Andrew Golding, Chief Executive of Pam Golding Properties. “For the first time in many decades, we are seeing an appetite for significantly younger potential home buyers who would have been renters for quite a few years”.

“The formerly exclusive residential rental market has been converted into a buying market and consequently, this tends to have the effect of pushing everything up across the market segments. We believe the market – effectively under R3 million – is currently categorized by a significant shortage of stock in almost every part of the country. Correctly priced properties are selling fast and within a matter of weeks, if not days.”

Tim Akinnusi, CEO of MortgageMarket.co.za believes a contributing factor is how an inclusive and maturing democracy is changing how young adults of all races view wealth creation.

“With innovation and technology becoming more prevalent in our daily lives, former symbols of success such as purchasing a vehicle, have been dematerialized with the introduction of services like Uber. Now, it is merely about getting from point A to point B.” he says

“This provides more disposable income to start investing money into an asset class such as property. This is the biggest shift that we have seen – younger people seeing property as a new symbol of success.”

Although the thirty-to-thirty-five-year-old category still accounts for most of this segment, there has been a noticeable shift across all age groups with sound activity in the twenty-to-twenty-five-year-old sphere notes Siphamandla Mkhwanazi, Senior Economist at FNB. In addition, more and more females are entering a space that has historically been dominated by younger males in their mid-thirties.

“The market generally consists of young professionals and graduates who have been renting for quite some time and who are now wanting to own property” he says.

“We started noticing well-priced properties on the market as early as February this year following the initial interest rate cut of 25 basis points and with the additional announcement of a decrease in transfer duties, properties in the region of the R1 million mark started to gain interest”.

With younger buyers gaining access to the property ladder, the location of these property hotspots is essentially driven by affordability.

Nationally, demand has increased. The hindrance of demand in the cities was expected due to semigration towards the coastal areas and second-tier cities. Rather, younger buyers are moving back into the cities with the general activity taking place in the more traditional, bigger, and affluent suburbs such as Sandton and the northern part of Durban.

What has changed quite significantly is the preference for sectional title living. According to Dr Golding, there is a real genre of appetite for affordable, secure apartment living with amenities among younger, first-time buyers.

“This is in line with the live, work, play phenomenon and the proximity to the workplace has become less important because of remote working environments” he says. “The banks are in a competitive environment now and aggressively competing for business. We are seeing a significantly increased level of activity across all the metros in South Africa as well as in the secondary cities.”

Ownership levels among young South Africans has always been a concern with a despondency among the youth participating in the local property market. Siphamandla says this has been driven by the perception that property is overpriced in South Africa as well as the associated costs of owning property.

“The first positive to have come out of this shift is that it has dispelled all of these notions. The second positive is that this will allow the younger buyers to build their asset bases and to participate in the formal market. There is also the opportunity for younger buyers to enter the investment side of things and to buy property for the sole purpose of renting. These opportunities have presented themselves earlier as we usually only see people purchasing second properties at a later stage of life”.

Property is a backbone for wealth creation and a growing economy. From a community perspective, this brings economic sustenance in the form of schools, shopping centres and hospitals and with a massive housing shortage, this places even more pressure on fixing the social development agenda for the entire country. South Africa is also in a recession and one of the possible ways to exit this, could be through infrastructure investment which provides growth, particularly in new developments where construction can initiate new businesses and jobs in the SME space.

However, the question of equal opportunity to property investment is not answered easily. Tim believes that it depends on your long-term perspective of South Africa, but this should not be the only lens with which we need to look at it.

“If we look at where the previously disadvantaged population were, they did not have the ‘property asset base’ that others were afforded to pass onto their children. But, I have also witnessed how with Balwin’s Wedgewood Sandton, this has changed with parents standing surety for their children who have just started their careers and cannot afford to enter the property market now”.

“Witnessing the different race groups was interesting; we saw many people of colour come forward to purchase apartments. It has been twenty-five years since our democracy, and a new middle class has emerged to suggest that there are enough parents of colour who are in the position assist their young adult children to get into property with a deposit or standing surety for them.”.

“The question of equal opportunity in property investment comes down to your perspective of South Africa; if you have a long-term positive outlook, then there is the equal opportunity for you to acquire property and to ensure that it becomes a store of value within the next five to fifteen years.”

One of the positives of the South African environment is that the significant portion of the population is more youthful than elderly which differs from many first world countries.

“There was the sense that homeownership was not affordable. What we are potentially seeing now is broader homeownership through these younger buyers and if this trend continues, this will have a massive effect on increasing the size of the property market” he says.

Roughly 200 000 property investment transactions take place in South Africa’s property market every year. “A mere drop in the ocean compared to America’s almost 5 000 000 transactions a year but, if South Africa can increase the current number to just 250 000 transactions per year, this could possibly be advantageous in assisting with the overall recovery of our economy”.

However, the biggest risk to the property market is the uncertainty around what the long-term impacts will be on the labour market. Siphamandla says that it is one thing to say that affordability has improved for those who are fortunate to remain employed but, they do not have the guarantee of remaining employed in 2021.

“The risk is that this time next year, the labour market pressure will go up and we will start to see a stronger rise in property sales which we have not seen because of the approach in which the banking industry has viewed the current crisis. However, lenders cannot provide payment holidays forever and at some point, there must be recovery in economic fundamentals. If we do not see improvement in these fundamentals, there is the risk that we will see a reversal of the younger buyers’ activity we have witnessed so far.”

“FNB believes there is more room for the South African Reserve Bank (SARB) to further cut interest rates one last time by another 25 basis points and we have pencilled this for the first half of 2021. Interest rates will most likely remain flat throughout the forecast horizon but there will be that eventual pressure to hike”.

There has not been a more opportune time for first-time property investors to take advantage of the current lending climate as property will hold significantly more value, generating an economic return more consistently, over a longer period.

Tim Akinnusi says “One possible way of getting onto the property ladder is through new developments which boast exceptionally low entry costs. Most developers bundle registration and transfer costs into the sale which affords potential buyers with time to save up for a deposit, as the bond will only be due for repayment at a future date when the development is built and transferred.”

“Pick a development that is brand new and in a growing area that is thriving with numerous amenities as these are the things that will give your property value in the future”.

At a time where the financial markets are a mixed bag, numerous equities have lost value but property, under the current environment, continues to remain relevant with a high utility in the future.

In a year of uncertainty and negativity the trend seen in the residential market offers a huge glimmer of hope with young South Africans being able to enter the property market earlier than expected and their taking advantage of this opportunity, creates a vote of confidence in the future of our country.