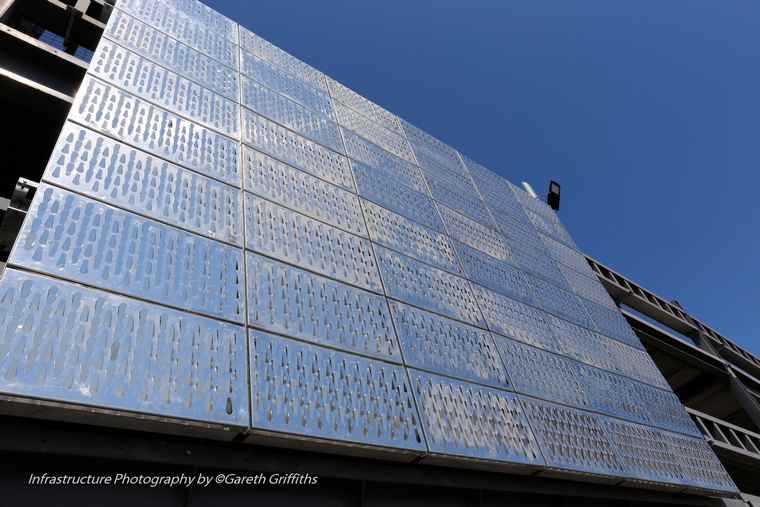 The V&A Waterfront will be among the first South African companies to test a new highly innovative design in rainwater harvesting technology.

The Aquatecture rain harvesting panel collects water by diverting raindrops flowing over the perforations on the surface to the inside of the system. From where water trickles down into a collection tank where it can be stored for use or, it can be pumped back into a building’s grey water system.

The panel is also being developed to harvest moisture from the atmosphere.

Aquatecture is the brainchild of South African born designer Shaakira Jassat who lives in the Netherlands. She witnessed Cape Town’s devastating drought when she attended the Cape Town Design Indaba as a speaker in 2018 and she was determined to design a rain harvester that was compact and aesthetically suited to the urban environment.

Manufactured from aluminium, the panels are resistant to corrosion and can be installed on the exterior of buildings or they can be used as freestanding units in areas with more open space. The panels will be tested at the Granger Bay parking garage over the next two years with all water collected being used at the Oranjezicht City Farm Market. This test facility was made possible in collaboration with Arup, Geustyn & Horak, JoJo Tanks, Baloo Plumbing and Longspan Gutters.

Rainfall data specific to the area will be collected during the testing period and measured against weather variables, for example, the direction of rain, wind, and the amount of rain that fell during each period. The panels will also be tested for efficiency and impact on the surrounding environment.

“The V&A Waterfront has been at the forefront of water saving in Cape Town since 2009, when we first introduced water conservation measures. We recognised even then that water was a highly pressured resource. By 2016 when the drought was first making its effect felt, the Waterfront had saved 25% on overall water consumption based on year-on-year figures from 2010” commented V&A Waterfront CEO, David Green.

“Saving water is now an integral part of every development and of our overall sustainability programme.  In addition to rainwater harvesting, the Aquatecture panels are also compact and visually appealing so they will integrate well into most urban architectures.”